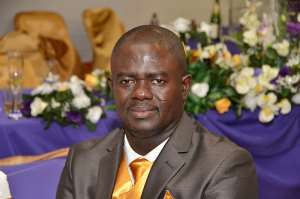 I am sure many people who come across this caption will gross over it and dismiss it as perhaps a fantasy from somebody who does not love Ghana, however, no matter how absurd this caption may seem, when examined critically, it reveals a truth, a simple truth that has eluded Ghana for a long time. Ghana is losing billions of dollars to international partners and to corrupt public officials due to a poorly written constitution that has so many provisions entrenched to protect the corrupt politician with very little or nothing to protect the ordinary tax payer.

Some may argue that, if the constitution is not the best, it could be reformed instead of calling for it to be set aside , no matter how sanguine palatable this argument may seem, I am of the opinion that this constitution which was written by self-serving people who did not consider the prime interest of Ghana but the protection of corrupt politicians and their ill-gotten wealth can never be reformed or amended to make it better and relevant to serve our developmental needs and must be set aside completely for a better one to be written to help move Ghana forward. Needless to emphasize that, with the present constitution, Ghana will never develop or if we do so at all, it's going to be at a tortoise pace.

For Ghana to see the development we all yearn for, we need a constitution that will have provisions that are pro-growth and forward looking with some basic guarantees such as the following:

I know that most of these aforementioned provisions were recommended by the constitutional reform committee but where is the political will to implement the very recommendations that we spent so much of tax payers' money to tour the whole country to compile and presented to the government?