The Three Akan Judges Were Not So Lucky, Tsatsu 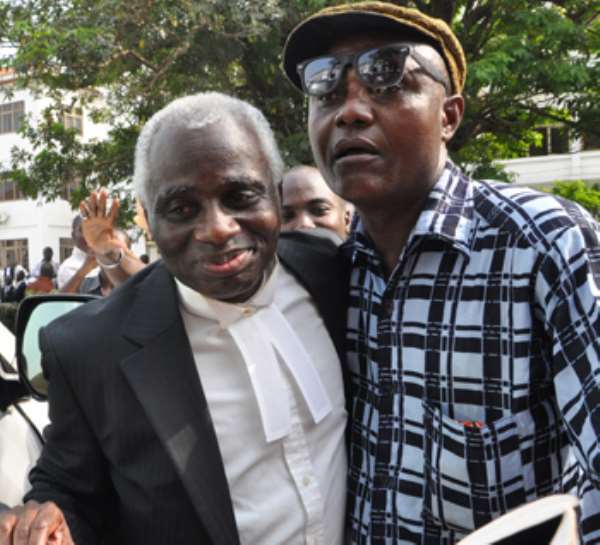 He has the nerve, yes the chutzpah, to declare that he bears no grudge against former President John Agyekum-Kufuor. And all because like the unconscionable and cognitively dissonant rascal that he is, Mr. Tsatsu Tsikata, the former Managing-Director of the Ghana National Petroleum Corporation (GNPC), refuses to squarely and fully appreciate the fact that it was his own gross administrative incompetence, and not any vindictiveness on the part of Mr. Kufuor, that landed him at the Nsawam Medium-Security Prison for criminally causing financial loss to the State (See "No Grudge Against Kufuor, Says Tsikata" Daily Guide / Ghanaweb.com 5/7/15).

We must also quickly point out that it was the same Mr. Tsikata who publicly asserted that but for his death on the Condemned-Cell Block at the Nsawam Prison, Dr. Joseph (Kwame Kyeretwie) Boakye-Danquah was a patent nonentity in the scheme of the postcolonial history of modern Ghana.

The former University of Ghana Law School lecturer also claims that he maintains a "cordial" relationship with the former president whose New Patriotic Party (NPP) government exacted condign justice from him. Upon close scrutiny, however, it becomes quizzically clear that Mr. Tsikata does not really understand the adjectival word "cordial," for he squarely predicates the latter word on the fact that whenever he encounters Mr. Kufuor in public, he exchanges greetings with the former Popular-Front Party (PFP) Deputy Minority Leader in Parliament and the representative for Atwima-Nwabiagya during Ghana's Third Republic.

And so maybe somebody more conscientious ought to inform Mr. Tsikata that if, indeed, he maintained a "cordial" relationship with Mr. Kufuor, he would have picked up the phone to enquire about his state of health from time to time; but even more significantly, Mr. Tsikata would have personally called on the Kufuor family to wish them well when Mrs. Theresa Kufuor's recent indisposition was intemperately and falsely represented as death by the Ghanaian media. I am, of course, hereby not the least bit suggesting that President Kufuor would have necessarily warmed up to the very idea of a cold-blooded judicial assassinaton mastermind calling up at his house, on the dubious pretext of a goodwill - or courtesy - call without being understandably suspected of being up to some mischief.

In other words, glad-handing the former president is not a genuine demonstration of goodwill; or maybe in Keta, from whence the Tsikatas hail, public glad-handing is a quintessential mark of "cordiality." I also resent this obscene attempt by Mr. Tsikata to wax heroic by comically harping on his flat refusal to accept a presidential pardon from Mr. Kufuor, a noble and goodwill gesture that he clearly did not deserve, knowing fully well that an incurably corrupt Atta-Mills government, which had just narrowly received the nod of the Ghanaian electorate, was apt to release him from Nsawam in no time.

I also don't think, or even believe, for a split-second that Mr. Tsikata learned anything meaningful from his two-day vacation at the Nsawam Medium-Security Prison, let alone experience the glorious presence of Divine Providence. Now that is criminally and unconscionably blasphemous! Still, and this is very bizarre for me to have to admit , but Mr. Tsikata is absolutely right to observe that Prof. Attahiru, Nigeria's Electoral Commissioner, learned a lot from Dr. Kwadwo Afari-Gyan's epic bungling of Ghana's 2012 general election. What is a god-send, though, is not Mr. Tsikata's going to the Nsawam Medium-Security Prison to experience providential wisdom and grace, but the fact that his crime-buddy, Dr. Afari-Gyan, will not have another chance to revisit his university-days' envy and jealousy on Nana Addo Dankwa Akufo-Addo.

Mr. Tsikata would also do himself and his fellow Ghanaians great good by recalling what the General-Secretary of his own party, the National Democratic Congress (NDC), had to say about the purported transparency and wholesomeness of Ghana's 2012 presidential election. "Little Dramani cheated!" They call it taking advantage of the lack of vigilance on the part of Akufo-Addo's polling agents and party representatives.