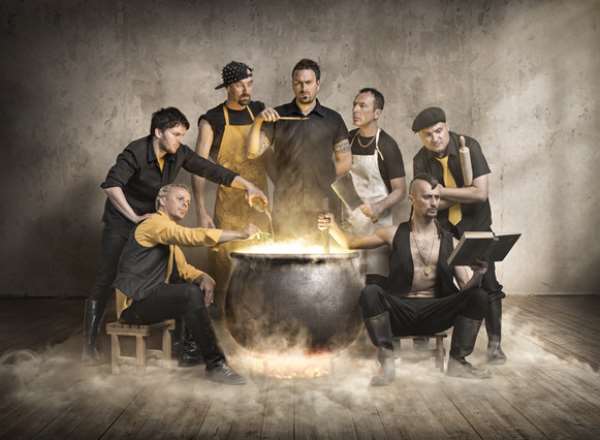 25 years ago, the Russian historical empire melted down. Although often underreported, this also marked the end of alternative society in Europe. Collapse of the II world, made the 3rd way (of Yugoslavia and further, beyond Europe – globally, of the Nonaligned Movement) obsolete.

That 9/11 was a moment when the end of history rested upon all of us, the day when the world became flat. The EU entered East, but only as a 'stalking horse' of NATO. No surprise that Eastern Europe –following the slaughter of its pivot, Yugoslavia – has soon after abandoned its identity quest, and capitulated. Its final civilizational defeat came along: the Eastern Europe's peoples, primarily Slavs, have silently handed over their most important debates – that of Slavism, anti-fascism and of own identity – solely to the recuperating Russophone Europe.

Terrified and rarified underachievers
Is today's Eastern Europe a classic case of indirect rule? Is that a deep imperial periphery of nominally independent native rulers, while in reality the true power holder resides outside, although is domestically supported by a dense web of NGOs, multinational corporations and locally handpicked 'elites'?

Everything in between Central Europe and Russia is Eastern Europe, rather a historic novelty on the political map of Europe (see four maps above). Very formation of the Atlantic Europe's present shape dates back to 14th–15th century, of Central Europe to the mid-late 19th century, while a contemporary Eastern Europe only started emerging between the end of WWI and the collapse of the Soviet Union – meaning, less than 100 years in best cases, slightly over two decades in the most cases. No wonder that the dominant political culture of the Eastern Europeans resonates residual fears and reflects deeply insecure small nations. Captive and restive, they are short in territorial depth, in demographic projection, in natural resources and in a direct access to open (warm) seas. After all, these are short in historio-cultural verticals, and in the bigger picture-driven long-term policies. They are exercising the nationhood and sovereignty from quite a recently, thus, too often uncertain over the side and page of history. Therefore, they are often dismissive, hectic and suspectful, nearly neuralgic and xenophobic, with frequent overtones.

The creation of a nation-state (on linguistic grounds) in the Atlantic, Scandinavian and Central Europe was relatively a success-story. However, in Eastern Europe it repeatedly suffered setbacks, culminating in the Balkans, Caucasus and the Middle East, but also remains evident in the central or Baltic part of Eastern Europe.

Above statement might come as a shock for many. Why? For the last 25 years, our reporting on Eastern Europe was rather a matter of faith than a reflection of the empirical reality. This 'rhetoric' was dominated by fragmented intellectual trends that are more cultural (e.g. poetry, paintings, film, etc.) than coherently economic and geo-political in focus as they should be. How one defines a challenge largely determines the response – effectively points out Brzezinski. Hence, the arts will always elaborate on emotions, science will search for and examine the facts.

If the front of Atlantic-Central Europe lately suffered (an economic) problem which has been diagnosed as a distributional and compositional, than who and when is holistically and scientifically to examine the Eastern-Rusophone Europe and its burning geo-economic (distributional, compositional), socio-political/ideological (space-time in history) and geopolitical (logical and areal) problem? Where is a serious research on that?

If the equality of outcome (income) was a communist egalitarian dogma, is the belief in equality of opportunity a tangible reality offered to Eastern Europe or just a deceiving utopia sold to the conquered, plundered, ridiculed and cannibalized countries in transition?

What is the current standing of Eastern Europe – state of its economy, the health of its society and the efficiency of its governance?

By contrasting and comparing available HDI data (UN DP's Human Development Index) and all relevant WB, OECD, UNCTAD, ILO and WHO socio-economic and health indexes including the demographic trends of last two decades, we can easily spot a considerable green, economic and socio-human growth in Asia, in Latin America and moderate growth elsewhere. The single trend of negative growth (incl. the suicide and functional illiteracy figures) comparable by its duration and severity to this of Eastern Europe, is situated only in the sub-Saharan Africa (precisely the CHAD-lake region and partially between Grand lakes and Horn of Africa). Further on, recent generational accounting figures illuminate a highly disturbing future prospect for the youth of Eastern Europe. Neither their economic performance nor birth rates would sustain the financial burden left for the future by the present, irresponsible and defeatist, generation.

Ergo, euphemisms such as countries in transition or new Europe cannot hide a disconsolate fact that Eastern Europe has been treated for 25 years as defeated belligerent, as spoils of war which the West won in its war against communist Russia.

It concludes that (self-)fragmented, deindustrialized, rapidly aged rarified and depopulated, (and de-Slavicized) Eastern Europe is probably the least influential region of the world – one of the very few underachievers. Obediently submissive and therefore, rigid in dynamic environment of the promising 21st century, Eastern Europeans are among last remaining passive downloaders and slow-receivers on the otherwise blossoming stage of the world's creativity, politics and economy.

Most of the Eastern European states do not control a single commercial bank on their territory. East does not control its own narrative or (interpretation of) history: Due to the massive penetration of Central Europe, East grossly relativized, trivialized and silenced its own past and present anti-fascism. Additionally, this region does not effectively control its media space. Media there (of too-often dubious orientation and ownership) is discouraging, disorienting and silencing any sense of national pride, influence over destiny direction and to it related calls for self-(re)assessment.

East is sharply aged and depopulated –the worst of its kind ever – which in return will make any future prospect of a full and decisive generational interval simply impossible. Honduras-ization of Eastern Europe is full and complete. If the post-WWII Soviet occupation of Eastern Europe was overt and brutal, this one is tacit but subversive and deeply corrosive.

East between Ukrainization and Pakistanization

It is worth reminding that the NATO remains to be an instrument of the US physical, military presence in Europe. Or, as Lord Ismay defined it in 1949: 'to keep the Russians out, the Americans in, and the Germans down'. The fact that the US remained in Western Germany, and that the Soviet Army pulled out from Eastern Germany did not mean 'democratization' or 'transition'. It represented a direct military defeat of the Gorbachev Russia in the duel over the core sectors of Central and Eastern Europe. As direct spoils of war, DDR disappeared from the political map of Europe being absorbed by Western Germany, while the American Army still resides in unified Germany. In fact, more than half of the US 75 major overseas military bases are situated in Europe. Up to this day, Germany hosts 25 of them.

Admittedly, by the early 1990s, the 'security hole'– Eastern Europe, has been approached in multifold fashion: Besides the (pre-Maastricht EC and post-Maastricht) EU and NATO, there was the Council of Europe, the CSCE (after the 1993 Budapest summit, OSCE), the EBRD and EIB. All of them were sending the political, economic, human dimension, commercial signals, assistance and expertise. These moves were making both sides very nervous; Russia becoming assertive (on its former peripheries) and Eastern Europe defiantly dismissive. Until this very day, each of them is portraying the NATO enterprise as the central security consideration: One as a must-go, and another as a no-go.

No wonder that the absolute pivot of Eastern Europe – Ukraine, is a grand hostage of that very dilemma: Between the eastern pan-Slavic hegemony and western 'imperialism of free market'. For Ukraine, Russia is a geographic, socio-historic, cultural and linguistic reality. These days, this reality is far less reflected upon than the seducing, but distant Euro-Atlantic club. Ukraine for Russia is more than a lame western-flank' geopolitical pivot, or to say, the first collateral in the infamous policy of containment that the West had continuously pursued against Russia ever since the 18th century. For Moscow, Kiev is an emotional place – an indispensable bond of historio-civilizational attachment – something that makes and sustains Russia both Christian and European. Putin clearly redlined it: Sudden annexation of Crimea (return to its pre-1954 status) was an unpleasant and humiliating surprise that brings a lot of foreign policy hangover for both the NATO and EU.

Thus drifting chopped off and away, a failed state beyond rehabilitation, Ukraine itself is a prisoner of this domesticated security drama. Yet again, the false dilemma so tragically imploded within this blue state, of a 50:50 polarized population, over the question where the country belongs – in space, time and side of history. Conclusively, Eastern Europe is further twisting, while gradually combusted between Ukrainization and Pakistanization. The rest of Europe is already shifting the costs of its own foreign policy journey by 'fracking' its households with a considerably higher energy bills.

* All displayed maps per the author's idea made by Anneliese Gattringer.