Mahama Ayariga, You Are A Fool And An Idiot! 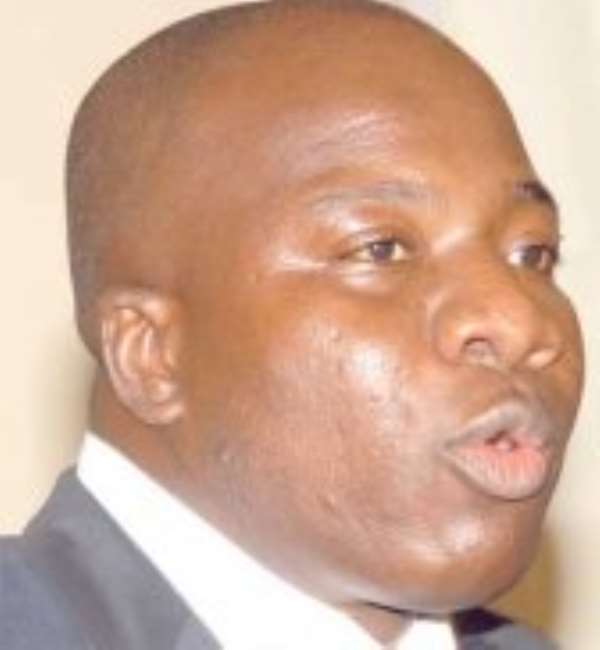 In March of 2014, Mr. Mahama Ayariga, then Information Minister and right-hand man on the Flagstaff House staff of President John Dramani Mahama, shipped four (4) brand-new Mercedes Benz SUVs from Bronx, New York, to Ghana. I obtained this information, unsolicited, from the most reliable source. The identity of my source shall, however, remain anonymous. I vividly recall that when he took over from the bumbling Mr. Elvis Afriyie-Ankrah as Sports Minister, I wrote about this racket. I suppose the red-hot heat of the scandalous national brouhaha over the Black Stars' fiasco at the 2014 Brazil World Cup, threw this quite vital information off the crosshairs of a largely soccer-mad Ghanaian media.

And since then, I have made several references to this piece of juicy scoop, both directly and indirectly, but no major media professional and/or investigator has picked it up. Maybe the insufferably high level of corruption in the Mahama-led government of the National Democratic Congress (NDC), and the curious acceptance and/or virtual resignation to the same by a shell-shocked Ghanaian public, made this telling piece of news too pedestrian to be paid any significant attention. The fact of the matter is that for the nearly two decades that the founding-father of what opportunistically morphed into the National Democratic Congress, Chairman Jerry John Rawlings, hermetically and dictatorially held the reins of governance, under what the late Prof. Albert A. Adu-Boahen described as "a culture of silence" (actually it was a veritable reign-of-terror), the key operatives of the erstwhile Provisional National Defense Council (PNDC) were never held accountable for their stewardship.

Indeed, any civically responsible demand for accountability from members of the media was promptly met with the summary arrest and imprisonment of those "Enemies of the People" who had dared to demand such responsible leadership. In other words, politicians belonging to the Rawlings-minted National Democratic Congress have never been seriously challenged by the media on the way and manner in which they manage the people's business. In short, these ministers of state have for far too long become laws unto themselves. And this is primarily why when some bold and civically minded Ghanaian journalists recently demanded that the Sports Minister account for every pesewa expended on the Black Stars in the just ended African Cup of Nations (AFCON 2015) in Equatorial Guinea, Mr. Ayariga promptly and literally told them off (See "Ayariga Attacks Journalists: You Ask Useless Questions" Starrfmonline.com / Ghanaweb.com 2/12/15).

We are also told that this most apt and opportune demand for the Sports Minister to account for the financial aspect of Ghana's participation in AFCON 2015, the Black Stars lost the Cup to the Ivorian Elephants on penalty aggregates, followed shortly after Mr. Ayariga had presented a summary of the same to members of Ghana's august parliament. The reporters, we are told, sought a detailed breakdown of the AFCON 2015 budget; it was on the latter account that the Harvard Law School alumnus, we are told, decided to put these sociopolitical nobodies in their place. "If I decide to grant you an interview as a minister, I expect you to ask me useful questions.... You want to take over the job of the Auditor? Are you the Auditor?" Mr. Ayariga is widely quoted to have said the preceding.

I don't know what else the younger brother of Mr. Hassan Ayariga (of "Ayarigus" or "Ayarigate" infamy) did not learn at Harvard, but it is quite embarrassingly clear that the forty-something-year-old former Information Minister has absolutely no inkling about the role and function of the media/press in a constitutional democracy like Ghana's. And so one wonders on what premise or basis - in terms of professional qualifications - President Mahama predicated his appointment of Mr. Ayariga, first, as his Minister of Information and now, as the country's Sports Minister. President Mahama is, himself, a former Information/Communication Minister, so he must know one good thing or two vis-a-vis what it takes to efficiently perform in that most sensitive portfolio.

It is also rather amusing that in spite of his imperious put-down of Ghanaian sports reporters, nevertheless, Mr. Ayariga, who is also a Member of Parliament for Bawku-Central, expects these constitutionally recognized information retailers of the people to envisage the state and destiny of Ghanaian soccer from his personal point of view. This is not the mark or temperament of a mature sports minister and/or administrator. Journalists, as the bona fide representatives of the people, have every right to ask any sector minister questions of interest and concern to the Ghanaian taxpayer, not what snooty and behaviorally crass ministerial appointees like Mr. Ayariga conveniently expect them to ask.

Needless to say, one does not have to be the Auditor-General to ask intelligent and responsible questions about government spending of the people's money. Only a congenital fool and/or a scammer thinks like Mahama Ayariga.