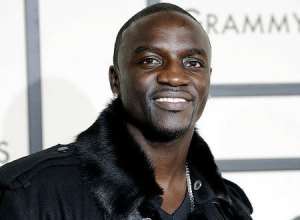 My Favorite Akon's song is 'lonely'

“I always felt like Africa was for Africans.So when I see African-Americans in America dealing with all these issues my first question is, 'Why don't they just go back home, back to Africa?……How many African-Americans do you know who actually consider Africa as a vacation spot?Even if it's just for knowledge, just to know where they came from, just to get an idea of what that is.There is so much fear instilled in them that they wouldn't even want to go there to visit. You mention Africa, they start shaking.”—-Rapper Akon

Akon is not a pretender like most African Americans or Afro-Americans( whatever they wanna call themselves). He knows that the system in USA isn't built to favour them in any way.The economic history of African-Americans have been very different from that of Cubans in Miami, Japanese and Koreans in L.A. Irish in New York, etc. Ever heard of ethnic enclave theory in economics? Well, blacks did have their own enclaves where blacks supported blacks and jobs were generated along with money within their communities, as some presidents have done in Uganda along their tribes. Several black businesses were quite successful in the period before WWII. Many in cities like Chicago, Durham, and Tulsa were repeatedly harassed and burned down by white fanatics who feared black competition. Instead of realizing that if blacks could prosper economically they would help not only themselves but whites as well. Instead, ignorance and fear ruined much of these efforts and by the time of the depression and later WWII most successful Afro-American enterprises had been harassed to the point of extinction. The Cubans and Koreans who migrated to USA never faced the same discrimination as blacks. I'm even still surprised that Obama is the president of USA. May be it was a mistake made by whites that will never be repeated again

Slave trade is one of the evils that changed the world forever. The Romans were the largest of slavers,as they had slaves of all the countries they fought and defeated ! There was estimated to be three slaves for each roman at the height of roman dominance!!! But it would be fun to have Colin Powell commanding our troops in Uganda rather than Gen.Katumba 'Bamala'!

Its not easy to engage Afro-Americans at the same level as they feel superior to Africans. I have got cousins in USA who have never set foot in Africa or even said hello to me, and its even difficult to engage them on Facebook. They feel so detached from us and that is sad! But Akon has good thoughts, because can you imagine Will Smith working as the presidential press secretary instead of Tamare Tamale Mirundi? Wait till when you engage them and they tell you:” Yo, yo……..are u deaf or what. I gat lot of ma mind, bruv”. These guys live in their own world but a state program with the intention of attracting them to Africa wouldn't be a bad idea.

A lot needs to be done in Africa internally before we even think of luring these people back. For example, even with affirmative action, ethnic discrimination is still the rule in Uganda politics. So, this may not sit well with an afro-American back in Uganda but facing more sectarianism.Prior to the early 70s, a black person with a masters in engineering would be doing well if he/she could find work as a mail carrier. These people need a stable and law abiding Africa, not what we have got today, but the idea of getting them back is still fantastic. UNAA should start inviting some of them at their conventions.

The current political thought is that all the problems Africans have are due to the poor leadership on the continent. Until that is sorted out, we aren't gonna attract even Australia's Aborigines and their horrible tomatoes spices to Africa. Just Google a few images about the Uganda police and you will get the biggest shock of life: a policeman stamping on a kid selling stuff on streets; FDC's Enid Arinaitwe having her breasts squeezed by police; a lawyer being assaulted because he wants to defend a city Lord mayor, e.t.c………All these images are bad news for the govt, bad news for us, bad news for potential investors,and we can justifiably blame everything on the leadership in place. The images of teargassing each other may look attractive to Africans like General Kale Kayihura but they are killing something for everybody.

Yes, Africans have been let down by their leaders and I guess its our responsibility to put all this right. How we do it is another big challenge. I live in the UK but my heart is always in Uganda but circumstances keep us away from our mother country. If it is even difficult for Africans abroad to make a decision to go back home, can you imagine how it could be for an Afro-American? In the USA, race is primarily a social category that has some basis in biological difference, and is correlated not only with IQ scores, but with poverty, quality of education, and dialectical differences. These guys are going through their hell but i guess our hell in Africa is bigger.

I happen to believe that African dictators/leaders and their descendants,as a group, are either more intelligent than the people they lead or they are a representation of the people they lead. I may be right or wrong in this, but it is certainly possible, just as it is possible that they have, as a group, found sustainable ways of manipulating us, keeping us under their control,……. without the populations doing anything about it. For instance, how do you explain the fact that Yoweri Museveni has got away with a lot of mistakes for nearly 29 years of leading Uganda but few people can even afford to act against him. Something is just not right with the population itself, and that is my theory,

'Productivity is never an accident. It is always the result of a commitment to excellence, intelligent planning and focused effort” – Paul Meyer