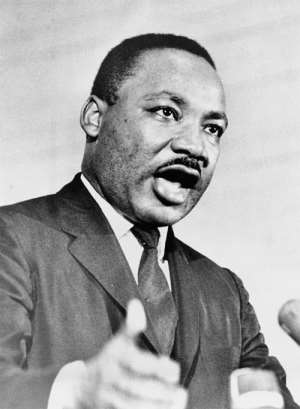 Dear Ministers of the Lord Jesus Christ:
I greet you and your congregation in the name of our Lord and Savior Jesus Christ. I trust that, in the Lord, all is well with you and your congregation. I have been planning to write this open letter to you for a long time but have not been successful until now. First, my engagements made it so difficult to find time to engage in some of these extra-curricular activities. Second, this is one of such unusual letters that made me pause to ponder for a long time about its intended consequences and how its content would be received. It has now become utterly necessary that I take the steps I am taking now to share my thoughts on the roles the church can play in a matter that cannot be deferred any longer in our national discourse.

First, let me congratulate the generality of the church, through the Christian Council of Ghana, in its recent efforts to bring to the attention of the Ghanaian leadershipthe continuing deterioration in the quality of life of all Ghanaians. It is important that the church faces some of these home truths in times like this. The response of the Ghana Government is not, however, surprising. It doesn't have to take political shrewdness to appreciate how every government reacts to the unpalatable news of abysmal performance and a degenerating economic situation, considering the self-serving interest of most of their functionaries.

My recollection of the recent economic meltdown in the United States can be employed to underscore this position. Until the economic situation became absolutely irreversible in 2008, George W. Bush was still in denial of the obvious—an economic depression! The point is that, because the self-serving interest of most political leaders trumps any other considerations, it is very difficult for most functionaries of any government to accept a situation such as Ghana's, as that will imply their own culpability in making the wrong decisions, leading to a situation such as Ghana's. In times like this, however, the church remains our last hope of rescue for a political situation that continues to degenerate without any hope of abating.

I know political interest has never been kind to the church, especially when some of the latter's leadership dabbles in what is perceived to be partisan politics. It is also true that the activities of certain churches leave so much to be desired. But we cannot continue to entertain the fear of these perceptions, the perception of being labeled as politicians in cassock, based on the errant behavior of a few church leaders whose actions do not bode well for the rest of the church.

When Christ broke into the temple of Jerusalem and overturned the tables and drove out people buying and selling in the temple, it was not a magnanimous act toward the political leadership of his time; it was an act meant to demonstrate to his followers that we must be bold to confront the evils of political leadership. In our day, the term “good governance,” in our lexicon, even places a greater demand on the church to find its voice in speaking to power without necessarily being political or partisan.

This onerous demand on the body church is tenacious, bearing in mind the mammoth numbers of the economically vulnerable individuals who run to the church to seek refuge from the battering of the economy when things go bad. On this note, I once again congratulate the Christian Council of Ghana, through its leadership, for sounding the alarm bells.

I do not want to go down the road of listing the plethora of economic crimes committed against the state and the people of Ghana by people placed in positions of trust and authority without any consequences in the fourth republic. The level of corruption we have seen in recent times, especially within the last 16 years, is enough to make any sane person throw up his or her arms in despair and say, “damn that country!” I believe these are truly governance issues, even though they may appear to be clothed in political colors. Are we waiting for a total collapse of the Ghanaian economy before we begin to speak? Are we waiting for our people to be squeezed to death for a few greedy individuals before we can see what bad governance would look like?

The works of Dr. Martin Luther King Jr. and his associates have never failed to intrigue me in this direction. In order to confront the evils of their time, the church provided a succor to these individuals in the face of incessant state-backed persecution for speaking against state-sponsored evils of their day. What was more daunting than what King Jr. and his associates confronted in their time, even at the very perils of their lives?

I am sure what we suffer in the hands of our own kith and kin today in independent Ghana pales into insignificance compared to what those great civil rights icons had to face, except that we have effectively divided our society along the lines of ethnicity and political colors. We are at that point in our history where corruption is first examined by the political colors of the perpetrator, then his/her ethnicity, and perhaps whose camp the perpetrator happens to be in.

When the man of God, King Jr., said, “I am not concerned with the temperature of hell or the furnishings of heaven, but with what men do here on earth,” he was reminding his audience that they couldn't divorce their physical actions here on earth from the spiritual. Obviously, if going to heaven or hell is premised on the actions of man on earth, then it follows that his actions must be good or evil on earth to warrant either of those spiritual destinations. Being an intellectual priest, King Jr. knew that it had even become more pressing under a constitutional arrangement of the state that, whether black or white, men were held accountable for their actions under the abiding principles of the constitution. King Jr. knew that pastoral leadership under Abraham, Moses, David, Solomon, et cetera, was unlike in our day when there is a social contract between the state and its citizens that must be honored regardless of color, creed, or race.

We waited for King Jr. to give his I have a Dream Speech, that shook the very foundations of the United States, to understand that he was perfectly certain of what he was saying about the actions of men here on earth. The things that pushed King Jr. in his days to stand in the way of power and paid dearly with his very life are still with us. His might be very simply and crudely premised on the color line. Ours must even be cruder due to the ethnic and political colorations of corruption in our society. If a government decides to divert the people's taxes in enriching friends and cronies in the millions, it lessens investment in healthcare, education, sanitation, job creation, and other vital areas of the economy. There are direct and indirect consequences of these actions in the outbreak of cholera and its management, as an example. It, therefore, behooves us in our own day to confront the evils of power without fear or favor. If force didn't work so well in the past and we now have turned to persuasion, but cannot voice out our concerns in a democratic dispensation, then we should be aware that one day when the still waters begin to erupt from beneath their calm surfaces, we may not be able to contain the floods they will unleash on us all.

I feel highly elated that the President, John DramaniMahama, has recognized and acknowledged the absurd rates of corruption in the country and has thrown the challenge to all Ghanaians to wake up and fight the canker

(http://www.ghanaweb.com/GhanaHomePage/NewsArchive/artikel.php?ID=327965). The church, both home and abroad, cannot allow this fine opportunity to slip by for fear of being branded anti - or pro-government, depending on who appears on its platform or what statements it issues.

It is time for the church and other religious bodies/institutions, as the collective voice of the majority, to respond to the president's call to get involved in matters of governance. An important step toward this goal is what the Christian Council of Ghana has already started by issuing a statement highlighting the continuing deterioration in the economic life of the ordinary Ghanaian. The various churches and other religious bodies can complement this effort by engendering the needed platform for government, opposition members, activists, and anyone with the public interest at heart to educate its membership on these matters.

Let us be reminded that the church and other religious bodies remain readily mobilized institutions with the platform to provide a decorous public discourse on matters of the economy, corruption, education, et cetera. We cannot afford to wait for the yearly ritual, whereby a few individuals are invited to the Institute of Economic Affairs (IEA)-organized presidential debates to squeeze a four-year discussion into a span of an hour or two and expect to distill the nuanced national concerns in such a short span of time. From assembly members and aspiring parliamentarians, the church must engender the platform for us to enter the minds of these individuals to understand what they stand for and the kind of things they have promoted or will promote in office.