Re: Prof Amoako Baah On Nkrumahists 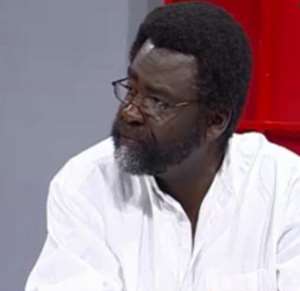 I would like to respond to Prof. Amoako for his comments made concerning Nkrumahists he calls lazy thinkers. I know for sure that Nkrumahists are not lazy thinkers but are fighting forces of neo-colonialism. I am sure as a political scientist, the Prof has introduced at least one of Dr. Nkrumah's sixteen books to his students and perhaps has read all himself. All of them were written over forty years ago and its been almost fifty years since his overthrow on 24 February 1966.

Prominent among the books is Neo-colonialism the last stage of imperialism. He devoted about three chapters to the Oppenheimer empire which consists of Anglo American Corporation, De Beers, and Anglogold. Guess what, Anglogold bought Ashanti Goldfields Corp during a firesale and despite rising gold prices have laid off four thousand workers. The late General Acheampong took fifty five percent shares of AGC for Ghana.

Do you know what we could do with that money in present day Ghana? Dr. Nkrumah established the State Gold mining company so that we could mine our own gold. He imported Gold refining equipment which was left to rust after his overthrow. I am not sure if we have any refinery in the country now. I know we have a jewelry factory under Precious Minerals Marketing Company set up in 1963 according to their website.

The reason why we want to go back to Dr. Nkrumahs plan is simple. Look at Jubilee Oil which we gave away for copper pieces. Under an Nkrumahist, Atuabo gas was set up which Ghana owns one hundred percent, not ten percent. All the benefits are coming to Ghana. Proceeds from future gas exports could fund more and better equipped universities comparable to KNUST. Prof. Amoako Baah, imagine if Ghana owned 90% of Jubilee under GNPC or even 50% instead of the current 10%. We could construct roads withot borrowing, build schools so children would not attend schools under trees in modern day Ghana. That is the philosophy of Dr. Nkrumah. So he built over sixty industries and we never heard of unemployment.

You can go online and watch his videos and documentaries on Youtube. He found the need to provide electricity for the country. He was overthrown a month after inaugurating Akosombo Dam. All the industries were abandoned and later sold off by successive governments. So today we have no industries to produce what we need. We import everything including water and Palm Oil. To add insult to injury we have been forced to sign the EPA with the EU which will give them access to 75% of our market. This means we cannot industrialize because we cannot compete with China and EU while the US is trying to sell us goods. The bedrock of our economy lies in manufacturing. So Prof. any suggestions?

I hope the Prof. who is not a lazy thinker, has obtained data about how much was spent on the previous elections by both political parties. I don't have any figures and I am not going to make any unsubstantiated guesses. It is worthy of note that assets of the CPP were seized and the party was banned while members were jailed. So as of now the party is fighting to regain some of it's assets. Elections in Ghana is very expensive and runs into hundreds of millions of cedis which the CPP don't have.

When Osagyefo inaugurated the Atomic energy plant at Kwabenya, he gave a speech which I read a few years ago. He spoke about the Palace of sciences and a scientific community where all the members would collaborate their work. He spoke about introducing Solar energy in Ghana and that is where we should be headed and this could be achieved if it is funded by the state. As most western and european nations have collapsing economies it is up to the rising African nations to extract and control our mineral resources for our own development instead of giving it away to neocolonialist who would siphon our capital away.

Comparing the two countries Russia and China to Ghana, these do not have the resources found in Ghana. If it was available to them, it would be controlled by the state without foreign participation. Fortunately, an Nkrumahist has established DIHOC which has started producing shoes and that is the way it should be. DIHOC should be resourced to build more manufacturing industries and be able to extract most of the minerals in the country.

Under President Nkrumah, we had Sanyo at Tema building the Akasanomah brand of electronics. They built radios, television and refridgerators. These items were sold to workers and we should go back to manufacturing those locally. Our markets should be protected the way the Chinese protect theirs. I will leave you to go down the list of items we can manufacture locally.

I know that if Ghana is to be transformed into a middle income state, we must go back to Dr. Nkrumah's plan and extract our gold, oil, bauxite, iron ore, manganese ourselves. With income from these we can build a prosperous state.