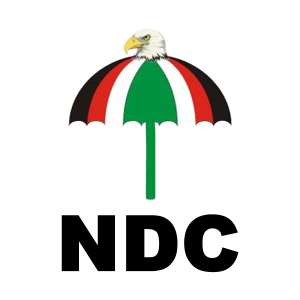 For our great National Democratic Congress (NDC), which prides itself as a social democracy, we cherish equality and egalitarian treatment of all persons irrespective of their social, cultural, educational, political, religious, and economic backgrounds in a multi-party environment—we gladly refer to this as our grassroots ethos!

As I sat to compose this piece, one important question kept recurring to me: have we lived up to our organization ethos as a grassroots organization? Even though a very simple question, our perspectives on this question will vary widely, especially considering the diverse interest groups that has emerged within our ranks over the years. Is it a good thing that we have all these interests groups? I will say yes, under a competitive democratic dispensation—be it intra party or interparty.

But have we as a party been able to promote our guiding ethos to reflect in our praxis? I will address this question by addressing three important but interrelated themes in this piece— where we came from, where we are now, and where we are headed. In addressing these themes, I ask the following questions: (i) How has the NDC intra-party organizational dynamics played out in the face of internal competitive elections since the formation of the party? (ii) What is the place of the individual like you and I in the scheme of these dynamics? (iii) And, what is the place of propaganda in our contemporary politics?

To begin, I will examine the struggle for succession into certain offices within our party at various times and its effects on party unity. In June 1998, after the Swedru Declaration, where Professor John Evans Atta-Mills was selected by the party founder, Jerry John Rawlings, to succeed him, some people including GoosieTanoh who had an interest in the NDC flagbearership felt cheated because the process used to select the then vice-president Atta Mills was undemocratic. In the wake of that endorsement, a splinter group emerged from the NDC and branded itself the National Reform Party (NRP). Led byGoosieTanoh, who felt cheated by some powerful voices within the party, the actions of the NRP caused the NDC a great deal, including losing the 2000 general elections.

Similarly, in 2002, our presidential contest was not spared the vile and acrimonious propaganda that marked the 1998 struggle for the flag bearer slot of the party. I can only commend Dr. Kwesi Botchway for his statesmanly attributes when he allowed sleeping dogs to lie in spite of the vile and ignoble propaganda against him. In his post-congress speech, Botchway condemned the wicked propaganda within our midst. “I carry in my hand perhaps the worst example of this utterly shameful propaganda, sadly which comes from our own people claiming among other things that I campaigned for the NPP during the last general elections,” he pointed out on December 23, 2002. But he chose the path of restraint in the face of such provocations.

At the same congress, against all the odds, Dr. Obed ASamoah mooted for the separation of the position of founder and chairman and successfully pushed for the separation of the two roles and became the first democratically-elected chairman of the NDC, entrenching some democratic principles within the party. But sadly, four years later at the Koforidua Congress in 2006, Obed Asamoah left the NDC to form his own party, in opposition to a party from which he built his political career.

I still find it very difficult to believe that in 2011, our former first lady, Nana KonaduAgyeman Rawlings, will follow suit to form her own party in an attempt to battle the NDC. I have since been asking myself: Is there something within our ranks that is intolerable to internal dissent? Is there something in our midst that impedes internal democracy? Looking at our political rivals, we are all witnesses to their ability to quickly regroup after intra-party conflicts. But that has not been the case with regards to our internal political struggles.

I am quite certain that our current President, John DramaniMahama, must have recognized these unhealthy developments in our party when, at our last congress, he called for unity within our ranks. In his rendition of the call for unity, he told us about the musical exploits of Tinka, Tanka, and Gangali. Today not only has Gangali gone quite, but Tinka and Tanka have been singing discord for some time now. Whatever the silence and the discord of these mysterious birds portend, the sages are yet to tell us. But going to the morals of the song, indeed, our then vice-president, John DramaniMahama, wanted us to understand that, like the carpenter's saw, we function effectively when serrated in different directions on the same blade, and yet work together in harmony. If the carpenter's saw were smooth like a knife, it wouldn't split the wood effectively.

Similarly, if there is a missing tooth on the saw, the saw will malfunction. The moral of that story is that, each and every member of our NDC family has a role to play in ensuring that we succeed together as a party or we fail together as a party. In light of this moral lesson, it was no surprise that the President, John Dramani Mahama, in the wake of his victory, extended an olive branch to all those who left the NDC to return to our fold. It is, therefore, illusionary for some individuals within our ranks to think that without them, there would be no rain in the NDC. Let us be reminded that history is a vital lesson in organizational development, especially where politicking is the livewire of the organization. We cannot afford not to be guided by the lessons of 1998, 2002, 2006, and 2011.

Returning to the struggle for succession, I ask: what were the issues that causedGoosieto leave? Have those issues been addressed? Do we still have the problems that led Obed Asamoah to call it quits? What about what drove Nana Konadu away? Could we have been stronger if our internal dynamics allowed for dissent, in which case all those individuals and their supporters would still be with us?

Let me fantasize with the issue of Goosie a bit. In my estimation, it is either Goosie was perceived to be too youthful to lead the NDC or someone was deemed as the legitimate heir to the presidency. Either way, democratic principles were suppressed, leading to all forms of machinations that led him to resign from the party. But if it were about age or longevity of service to a political entity, President Barack Obama can only become the U.S. president when he turns 73, for John McCain was well-advanced in age and had contributed so much in shaping U.S. policies over the decades when the two locked horns in the U.S. presidential elections in 2008. From even an intra-party perspective, Hillary Clinton was many years Obama's senior in age and was more of an establishment candidate—former first lady and former senator of the powerful state of New York—when the two contested the Democratic primaries.

The lesson from this narrative is that, it is not how long you serve, but what you can achieve with the opportunity offered you. Political parties and organizations carefully consider their future when they field candidates for service. This is normally based on a solid scientific human resource assessment. This is because these entities are aware that, to infuse themselves with new visions, energy, and drive, fresh talents must be allowed to climb the ladder to serve. Inbreeding, where institutional offices are reserved for certain people will only kill that institution as it certainly does in a population of organisms by eroding the gene pool. This is a dangerous organizational development paradigm we have followed thus far.

To illustrate the above incident pictorially, let's employ the race of a marathon. In a marathon race, everyone is expected to cover the 42 kilometers distance. But when some contestants are transported to the finishing line and are only waiting to be declared winners, without actually doing the race, it kills the spirit of sportsmanship and subsequently the human spirit. We cannot allow these practices to remain with us and expect competitive performance from those who are transported to the finishing line in our national life.

Let me put this illustration in another way. Consider travelling on the motorway from Accra to Tema, where vehicles are expected to be making up to 120km per hour. Then you have this particular vehicle driving at 40 km per hour and straddling across both lanes, making it difficult for others to overtake it. The result is that every other vehicle behind that vehicle will have to drive at 40 km per hour, irrespective of the make of the cars or the haste of their drivers. The discomfort, frustration, delay and perhaps accidents that may occur are well within your imagination.

If the Democratic Party in the U.S were organized on the principle of longevity, John Frederick Kennedy, Bill Clinton, and Barack Obamawould all have to trail behind older men and women until they attain that ripe age to see their dreams materialize. The question, therefore, are: could we have allowed GoosieTanoh to test the waters? For others like Obed Asamoah and Konadu, their issues might be different, but could we have addressed their concerns and ensure that they are still part of us? That is your question to answer!

As I was preparing this piece, I read about the separation of the Women's wing of the NDC to hold its congress separately and the proposal to rotate the NDC congress across the 10 regions of Ghana. Unfortunately, Mr. KwesiAmissah-Arthur, our vice-president,branded those as steps towards entrenching grassroots participation in the party. Please follow the link to the news

How those two initiatives contribute to entrench grassroots participation, I can't really tell. The moves to separate the women congress from the national congress is a major setback to attempts at gender integration at all levels of the society and never step towards the entrenchment of grassroots participation. I hope some gender advocates can take this issue up. I hope I will have the time to respond to those assertions cogently before the national congress of the NDC.

Can we allow our praxis to reflect our values: equality and egalitarianism, especially in the competition for internally elected offices of the party, where from the lowest man with ability to the highest man with wealth, individuals can be allowed to contest elections in an environment devoid of manipulations and intimations? Let us remember that, for some it might only be the aspiration of becoming a branch executive; for others, it is a tall order of becoming national executives. Let us allow our internal organizational dynamics to promote the man with the best abilities. It is only by doing so that we build a strong and resilient political party that will serve you and I and the nation, Ghana.