US warns citizens on Nigeria travel over security concerns 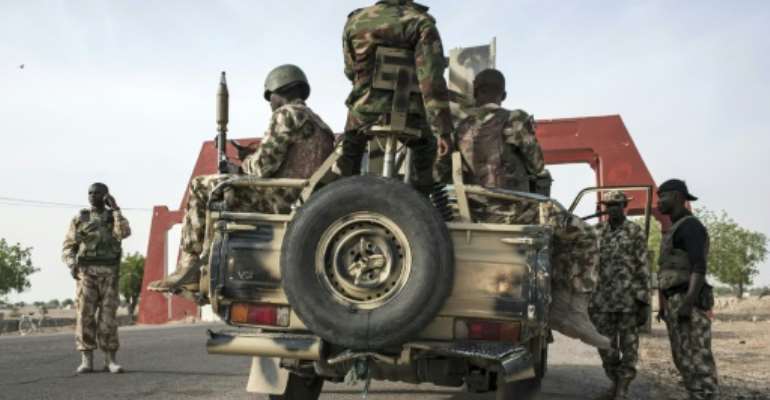 Nigeria is battling a seven-year Boko Haram insurgency in the northeast that has killed some 20,000 and forced 2.6 million more to flee their homes. By Stefan Heunis (AFP/File)

Lagos (AFP) - The United States has warned its citizens against travelling to 20 states in Nigeria, including the insurgency-hit northeast, because of security concerns.

On its website, the State Department said US nationals should "avoid all travel to Adamawa, Borno and Yobe states because the security situation in northeast Nigeria remains fluid and unpredictable."

It said its ability to provide assistance in those three states was limited, and also named another 17 states which should be avoided due to the risk of kidnappings, robberies and other armed attacks.

US citizens should be vigilant around government security facilities, churches, mosques, hotels, clubs, bars, restaurants, markets, shopping malls and other areas frequented by expatriates and foreign travellers, it said.

"Security measures in Nigeria remain heightened due to threats posed by extremist groups and US citizens may encounter police and military checkpoints, additional security and possible road blocks throughout the country," it added.

Nigeria is battling a seven-year Boko Haram insurgency in the northeast that has killed some 20,000 and forced 2.6 million more to flee their homes.

Oil rebels in the Niger delta have also since February attacked oil pipelines and facilities, hurting output and hammering revenues.