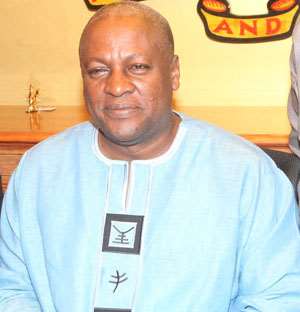 When the President of Ghana, John Dramani Mahama told Ghanaians that the country was so broke that what had been left were bones, we wrongfully laughed at the wrong side of our ugly mouths. We did not understand the man and so we thought he was not telling us the truth. And so when he told us again that we were so forgetful and shortsighted, I realized how serious the man was. The better Ghana agenda has shifted to a reverse gear while the Cedi continues to take a nose dive down the gutter in Nima and the Dollar continues to fly high into the sky on its way to Neptune, where Angels live.

Dr. Mahamudu Bawumia saw it coming when he looked into his economics crystal ball but the babies with sharp teeth took the fine technocrat to the cleaners. Somebody like Felix Ofosu Kwarkye, a green leaf in economics shouted from the rooftop and condemned Dr. Bawumia with unprintable words.

Thankfully, the gentleman in Dr. Bawumia subdued his anger and he did not open his mouth as he bided his time, knowing very well that the truth, like a cork submerged in water, will surely come out one day.

Dr. Bawumia forewarned that if propaganda is used in the management of an economy, it will not work to the advantage of the country. Like the proverbial ostrich, the government buried its head in the sand even when danger was approaching.  Instead of working hard to improve upon the performance of the Cedi against major currencies, the government chose the path of propaganda.  The President kept on telling us that 2014 will be a very good year for Ghanaians and that he will fix the economy, create jobs and make life better for the average Ghanaian.  The first quarter of the year is about to roll by but things are moving from bad to worse as far as the standard of living of poor Ghanaians is concerned.

The kneejerk reaction adopted by the Bank of Ghana to solve the problem confronting the country is rather going to worsen the situation as it stands now.  If Dr. Henry Wampa thinks it is a temporal measure to arrest the run-away Cedi, I am afraid he has rather opened the floodgate for people to go out there and buy Dollars, hoard them in anticipation of a rise in the value of the Dollar.  Arresting those who engage in black market is the most absurd operation at times like this.  We have travelled this lane before but it did not work.  These guys who deal in currencies will go underground and operate, with the prying eyes of the security agencies seeing nothing.  In the past, soldiers, supported by plane-cloth secret agents tried to stop these guys and succeeded in getting them out of the streets of Tudu but it was a nine-day wonder.  Before we could blink an eye, they came back with more strength to operate.

Even the first year Economics student knows very well that if you export more and import less, the currency of a country is strengthened.  We try to treat the symptoms rather than the causes.  The cocoa industry is gradually dying simply because we have turned to the oil that we are producing.  We simply refuse to think outside the box. The Cocoa Mass Spraying which was hijacked by NDC foot soldiers has gone with the wind. Chemicals which are supposed to be used in the exercise are being sold in the open market.  Today, the production of cocoa has reduced by 30 percent and yet the government has turned a blind eye to this serious issue just because the crime is committed by foot soldiers.  These rubble-rousers started seizing toilets, lorry parks, toll boots and cars, and when there were no more such things to seize, they turn to stealing inputs like cocoa fertilizers, spraying machines and chemicals meant for the Cocoa Mass Spray.

This country used to be the number one exporter of manganese and bauxite in the sub-region but today there is nothing good to write home about the exportation of these mineral resources.  The rail line from Takoradi to Awaso and beyond where bauxite and manganese are in large quantities is a dream gone sour and so we cannot get manganese and bauxite to the coast to be shipped to overseas for hard currencies. We have sold all the factories built by Osagyefo Dr. Kwame Nkrumah.  The Black Star Line which could boast of 20 cargo ships which were used to export our raw materials and finish goods to Europe and beyond has been sold.  All these happened in a matter of 11 years when the (P)NDC was in power.

We import everything, including matches, raw tomatoes, frozen chicken, pork, cow legs, entrails of suspected dead cattle, catapults, toothpicks and even needles and pins.  Today Ghana has been turned into a country of shopkeepers with traders junketing to Dubai and China on daily basis.  It is very unfortunate that the younger generation was born too late to experience what some of us saw when this country was flowing with milk and honey. We used to have the Bolgatanga Meat Factory producing the Volta Corned Beef which was more delicious than Exeter and other varieties.

There was the Takoradi Cocoa Product Factory producing chocolate, cocoa power, cocoa butter etc.  In fact, there was the Wenchi Tomato Factory where tin tomatoes were produced.  That factory also used to can palm nut soup, snails, mushroom, mango juice, pine apple juice etc.  We also had the Kade Match Factory which was able to produce enough matches for the consumption of Ghanaians.  We did not have any imported matches in this country.  In those days where life was very fine, we did not know anything like used or second hand tyres because we had the Bonsa Tyre Factory near Tarkwa in the Western Region, producing brand new tyres for Ghanaians.   The Ghana Rubber  Estate  made sure the tyre factory had enough rubber to produce these durable tyres for the  local and international markets.

Who cared to import fabrics from China in those happy days?  We had the Akosombo and Juapong textile companies producing large quantities of made in Ghana cloths and we were proud to use them.  Do you know that at a point in time, Ghanaians enjoyed eating corn bread than the one produced with imported wheat? By the grace of Komenda Sugar Factory, sugar was in abundance. Apart from imported Uncle Ben's rice which was patronized by affluent and rich Ghanaians, we used to eat only locally produced rice from the North and some  parts of Ghana.  We were told to 'eat what we grow and grow what we eat'.  Those were the days when we used to drink our beverages from cups made of ceramics because we had the Saltpond Ceramics Company producing quality plates, cups etc. In fact, we preferred bottled Tiger Pito, produced in the Northern Region to beer. We imported less and exported more so the Cedi was as stable as the columns of St Peter's Cathedral in Rome.  Oh, Messiah, days of patriotism have been thrown to the dogs!!!

In my moments of absolute tranquility, I sometimes think we must remake Ghana.  We need to go back in time and learn what our predecessors did to make the country a happy place to live and die peacefully.  One Head of State whose achievement was enviable was General Ignatius Kutu Acheampong.  For the seven good years that he was in power, his government never borrowed any money from anywhere and yet he was able to chalk some enviable legacies.  After all, on assumption of power he told the world that he was not going to pay any debt the country owed. 'Yentua ka biara', he shouted.  (We will not pay any debt).  That was why his government was called 'Yentua regime'.  Have you ever seen an Angel puffing Havana Cigar before?  Come and see me polluting the firmament, where I dwell!!!