Christmas: The Pagan Festivity With A Christian Veneer 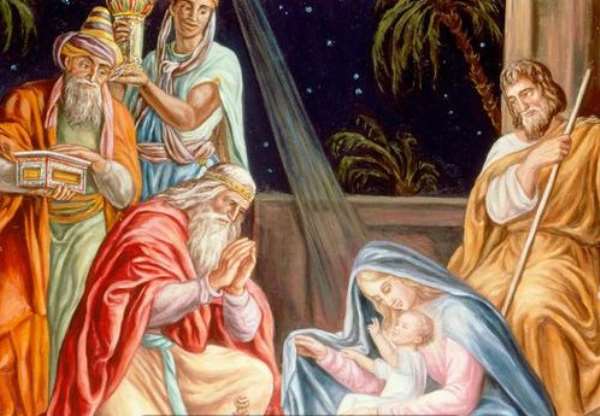 So soon , and in a relatively few weeks time, that occasion of the year is here with us again, with the airwaves filled with what has come to be known as Christmas songs and carols . Songs and carols such as ' in the bleak mid winter,...' 'whilst shepherds watch their flocks by night..the first noel .. etc.

The most common justification that one is very familiar with regarding Christmas all these years, is that it is a celebration of the birth of our Lord and Saviour Jesus Christ, who came and gave his life as a ransom for many, or as it is sometimes put, our repurchase from our adamic sinful nature.

Ordinarily, true Christians may not have any qualms about honouring the birth of our Christ, except for the gross ignorance and the lack of the knowledge and a critical examination of the birth date of the saviour, which occasioned the set date as 25th December, for such a celebration.

The truth of the matter is purely that people have replaced old pagan customs and intents by asserting that they are now 'focusing on Christ Jesus'. Christmas apologists say that they are honouring Christ, our saviour in their Christmas celebrations. Every year, throughout the world, on this December 25th , hundreds of millions do just this. The great reality is that Christmas celebration is not biblical as Jehovah God does not say this is acceptable to Him. Indeed, he commands against it, and it is safe to describe everything about Christmas as an abomination.

The reason is not farfetched, if juxtaposed against what Christ himself said '..but in vain they do worship me, teaching for doctrines, the commandments of men 'Matthew 15:9 refers. There is no way Christmas is the commandment of Jehovah God, it is merely a tradition of men.

As Christ Jesus will continue,'..full well you reject the commandment of Jehovah God, that you may keep your own tradition'- Mark 7:9. As stated in McClintock and Strong's Cyclopaedia,'the observance of Christmas is neither not of divine appointment nor is it of New Testament origin. The day of Christ's birth cannot be ascertained either from the New Testament or indeed from any other source. (New York, 1871 Vol.11 page 276 ).

As recorded in the gospel of Luke 2: 8-11, there is the indication that 'the shepherds were in the fields at night at the time of Jesus' birth'. The book Daily Life in the Time of Jesus states 'the flocks...passed the winter under cover and from this assertion alone, it may clearly be seen that the traditional date for Christmas, in the winter is unlikely to be right, given the gospel indicates that 'the shepherds were in the fields'( new York 1962, Henri Daniel- Rope , page 228).

Some other empirical research evidence is indicative that Jesus Christ was born in the fall of the year of birth, and not the rather erroneous and mistaken belief that it was around the beginning of winter-25th December. Adam Clarke 's Commentary, volume 5, page 370 New York edition reveals that' it was custom among the Jews to send out their sheep to the deserts about the Passover ( early spring ), and bring them home at the commencement of the first rain; noting that the first rains began in early-to-mid fall.''

Clarke noted further that, during the time they were out, the shepherds watched their flocks by night and day and that as the first rain began early in the month of March-''esvan'', the sheep were kept out in the open during the entire summer months, and as the flocks were still in the fields by night, the birth of Christ in December is a fallacy and should be ignored and treated as such, acknowledging the feeding of the flock in the fields by night as a chronological fact that cannot just be misconstrued any how.

The Encyclopaedia Americana informs that 'the reason for establishing December 25th as Christmas is somewhat obscure, given it is usually held that the day was chosen to correspond to pagan festivities that took place around the time of the winter solstice to celebrate the 'rebirth of the sun '.it is suggested that the Roman Saturnalia, is a festival dedicated to Saturn, the god of agriculture and to the renewed power of the sun which took place at the time, and some Christmas customs are thought to be rooted in this ancient pagan celebration.( 1977,Vol.6. page 666 )

The Holy Scripture explained in Luke 2:8 that when Christ was born, shepherds were abiding in the field, keeping watch over their flock by night. People familiar with the extremity of winter weather conditions, should and can bear testimony to the truth that keeping watch over flocks by night cannot and can never be undertaken during thisisdreary weather conditions of December. In the book of Ezra 10 ;9-13, and the song of Solomon, we can refer that winter was the rainy season and shepherds could not stay on cold open fields at night to keep watch over their sheep.

The Catholic Encyclopaedia directly confirms that Christ was not born on December 25th, but with the likelihood however that Christ was born in the month of fall. if we now establish that December 25th was nowhere near Christ's actual birthdate,wherein lies the justification of the nativity on such a date ?.The revealing truth is simply this that in the Roman world, the Saturnalia ( December 17 ) represented a time of merrymaking and exchanging of gifts.

The date December 25th was also regarded as the birth of the Iranian mystery god Mithra, the Sun of Righteousness. Historical evidence indicates that in the Roman New Year (January 1 ), houses were decorated with greenery and lights and gifts were given to children and the poor. In addition to these were the German and Celtic Yule rites when the Teutonic tribes penetrated into Gaul, Britain, and central Europe. Encyclopaedia Britannica, 15th Edition Volume 11. Page 903 indicates that food and good fellowship, the Yule log and Yule cakes, greenery, fir trees, gifts and greetings , in as much fires ,lights and symbols of warmth and lasting life were all commemorated features of such a festive season.

In an article 'The Reformation cast a blight on Christmas' carried by the Toronto Star of December 1984 , Alan Edmonds, re-echoed the abominations of the selection of December 25th as the birth date of our saviour, Jesus Christ.This is precisely so if a deeper understanding of the origin of this Christmas festivity celebration is appreciated. The Roman pagans, first introduced the holiday of Saturnalia, a week long period of lawlessness, which is celebrated between December 17th -25th.

It was a period Roman courts are known to close and Roman law dictating that no one could be punished for damaging property or injuring people during the weeklong celebration. This festivity is known to have began when the Roman authorities would choose ''an enemy of the Roman people'' to represent the ' Lord of Misrule', with each Roman community selected a victim whom they forced to indulge in food and other physical pleasures throughout the weeklong festivity which concluded on December 25th , with the belief by the Roman authorities they were destroying the forces of darkness by their brutal murder of this innocent victim.

An ancient Greek historian , poet and a writer in his dialogue ''Saturnalia,'' described the festival's observance thus: ' in addition to human sacrifice, there were widespread intoxication, going from house to house, while singing naked ; rape and sexual license, consumption of human-shaped biscuits, which are still produced in some English and most Germans bakeries during the Christmas season'. it may be worth noting that in the 4th century C.E, Christianity had succeeded in converting to Christianity large numbers of pagans with the promise that they could continue in their celebrations of their Sturnalia as Chirstians.

With the recognition that there was nothing intrinsically Christian about Saturnalia, these Christian leaders named Saturnalia's concluding day December 25 th, to be Jesus' birthday .As noted by a professor of history at the University of Massachussetts, Stephen Nissenbaum, ' in return for ensuring massive observance of the anniversary of the saviour Jesus Christ's birth by assigning it to this resonant date, the Church for its part tacitly agreed to allow the holiday to be celebrated more or less the way it had always been.' No doubt the earliest Christmas holidays were celebrated by drinking excessive alcohol, sexual indulgence, singing naked in the streets, which has become the precursor of modern carolling.

Research indicates that in 1687 , the Reverend Increase Mather of Boston, observed that ' the early Christians who first observed the Nativity on December 25th, did not do so thinking that Christ was born in that month ,but because the Heathens' Saturnalia was at that time kept in Rome ,and they were willing to have those Pagan Holidays metamorphosed into Christian ones'. G iven its' known pagan origin, the Puritans banned Christmas and made its observance illegal in Massachusetts between the years 1659 and 1681.

Research has it that just as early Christians recruited Roman pagans by associating Christmas with Saturnalia, so too worshippers of the Atsheira cult and its offshoots were recruited by the Church sanctioning 'Christmas Trees'. After all , pagans had long worshipped trees in the forest, or brought them to their homes and decorated them . It is this observance that has come to be adopted and painted with a Christian veneer by the Church.

With the characteristic features of mistletoe, Norse mythology has it that the god Balder was killed using mistletoe arrow by the rival god Hoder, while fighting for the female Nanna. Druid rituals use mistletoe to poison their human sacrificial victims; The Christian custom of 'kissing under the mistletoe' has become the modern synthesis of the sexual licence of Saturnalia with the Drudic sacrificial cult.

Christmas has always been a holiday celebrated willy nilly, For the millennia pagans, Christians and even Jews have been swept away by 'a pagan tsunami' in the seasons' festivities , with very negligible number of true Christians , pausing to give considered reflections over the festivity celebrations' intrinsic meaning, history or origin.

It is a knowledge that has eluded good enough reasoning, logic and appreciation of historical facts, an ignorance that fits too well into scripture ' for the lack of knowledge , my people perish'. Whether the church and its leadership, the self-styled men of God , with those incredible titles the world over, have the moral value and the spiritual re-think in contributing to distance themselves and their followers, from such a clear pagan tradition, only time and time alone will tell.

Until then, l can re-echo the bible verse of the book of revelation 18 :4 '' get out of her''. The admonishment is clearly evident; true Christians must get out of man –made traditions and customs that are unbiblical and spiritually suffocating the church .Surely, Christmas and its characterising Halloween and New Year ( the birth date of the Roman god Janus ) celebrations are but just some of these spiritual death-traps.

The writer is a social acre and offender management consultant, a penal reform advocate and a student of the truth. For further details please contact [email protected]/ 0248 416 287