Uganda, Sudan through to CECAFA quarters 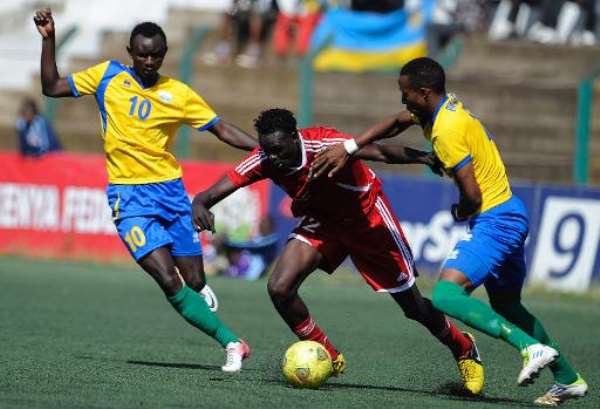 Nairobi (AFP) - Uganda and Sudan became the first teams to book their places in the CECAFA Challenge Cup quarter-finals after both sides won their second Group C matches on Monday.

Uganda, the defending champions, started their match against an under-strength Eritrea with skipper Emmanuel Okwi back after he missed the opening game against Rwanda with a bout of malaria.

They were off to a flying start in the match played on an artificial surface in Nairobi as Okwi combined well with the Kenyan-based forward Dan Sserenkuma to put the champions ahead in the 10th minute.

Hamis Kiiza then doubled their lead with a penalty after Sserenkuma was fouled in the box.

Sserenkuma, who scored the lone goal against Rwanda on Friday, was also the the chief architect of the third Ugandan goal.

The 23-year-old, who turns out for the Kenyan national league champions Gor Mahia, raced down the left flank before releasing Okwi to score his second of the game.

Ugandan goalkeeper Benjamin Ochan then denied Serak Beyene and Muner Ahmed as Eritrea tried to find a way back into the game in the second half.

The victory sees Uganda go joint top with Sudan with six points apiece before the two sides meet in their final Group C match in Nairobi on Thursday.

In the earlier match, Sudan beat Rwanda 1-0 thanks to a 29th-minute strike from dangerman Salah Ibrahim, who pounced on a loose ball 30 yards out to score his third goal of the tournament and top the scorers' list.

Rwanda, the 1999 champions, have lost both of their games and must beat bottom side Eritrea in the final match to have a chance of reaching the quarters as one of the best third-placed teams.