Governor Emmanuel Uduaghan; Enough Of These Your Madness 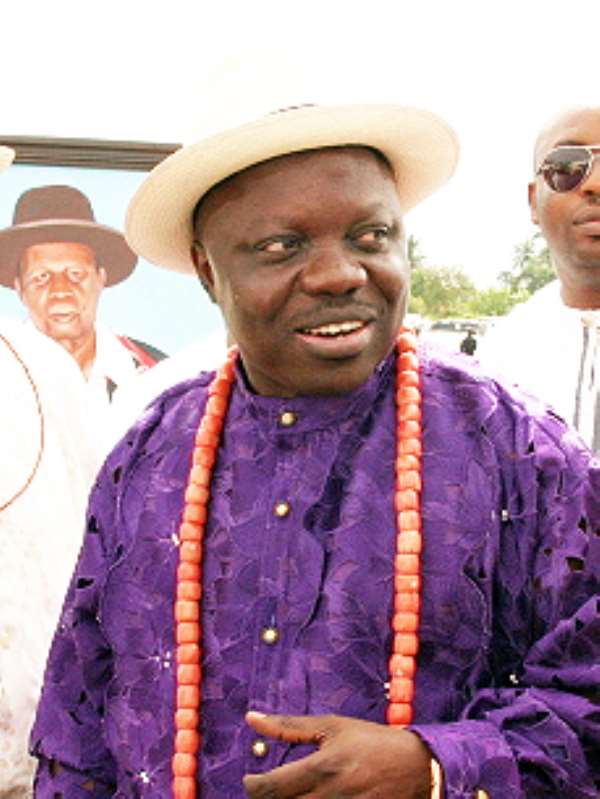 Money and corruption are ruining the land, crooked politicians betray the working man, pocketing the profits and treating us like sheep, and we are tired of hearing promises that we know they will never keep----Ray Davies

If Governor Emmanuel Uduaghan of Delta State is attributing the peace he has been enjoying in the media to his criminal cronies in the Delta State Nigerian Union of Journalists, led by once noble but now corrupt Norbert Chiazor, then the governor must be living in a fool's paradise. That he has not been lambasted in the media is not the handwork of the intelligence of the Commissioner for Health, Chike Ogeah, but it's because those in the mainstream media have decided to let him be and not give the impression that Delta State is a corrupt state, after all Governor Ibori had done. His good public rating is not the work of the PR journalists in the Nigerian newspapers, but deliberate silence. That premium times, Elombah.com and others have not beamed their searchlight on him does not mean his corrupt records are not available to them.

Just when I was about reading mails from my sources, rushes of mails came into my phone all having the same purpose; appeals that Uduaghan has set Kokori on fire, as he has deployed soldiers to the town because of Kelvin, the most wanted kingpin in the Niger Delta, who gave the Federal Government a 60 days ultimatum. Most of the mails accused me of playing the fiddle while Rome burns, reporting and writing on national issues and other states, while my own state rots away with an irresponsible government that don't care.

Kelvin is a creature of the society, not Kokori and while I do not make a case for him; whether he's an activist as he claim or an armed robber as the government claim, the undeniable truth is that the society gets what they deserves and if Kelvin is a product of the Delta State government, Uduaghan should accept the blame. I find it laughable that Uduaghan will castigate the mothers who came out to dance for Kelvin, when he made his historic appearance and declaration, stating that he is disappointed that they are celebrating an armed robber instead of celebrating their children graduating from the universities.

This governor Uduaghan is unarguably the worst performing governor in the South South, and yet he could send troops to Kokori to harass innocent fathers, while they arrest husbands and stop the poor women from going to farms. What manner of governance is it? He said he has not declared a curfew, yet he ordered sit at home from a particular time.

Can someone tell Uduaghan that Kokori is not a war zone? At the risk of sounding 'tribalistic', I ask this woeful performing governor how many troop of soldiers did he send to Koko, his local government in June this year when a serious crisis broke out, with houses destroyed and people killed? Absolutely none, and yet that was a war zone. Kelvin has been captured, not even in Kokori but in Port Harcourt, thus Uduaghan should stop this barbaric and uncivilized military invasion of Kokori, release all innocent arrested men and women and appeal to them.

There is no worse armed robber than Uduaghan in present day, Delta State. Here is a man who has turned the entire pen he touches in government house to defrauding the state. This is a governor who approved a whooping 1.2 billion Naira to the Delta State House of Assembly for a jamboree legislative training in California and yet could lampoon the Kokori women for dancing for their son Kelvin. Who wouldn't dance when they see a liberator, which Kelvin represents to them?

Is it not this Uduaghan who budgeted a whooping sum of N14 billion for streetlights in Delta State, with the contract for the diesel to his wife at the sum of N200 million monthly? The budget of government house in Delta State is more than that of four ministries and yet this governor wants us to believe that he is clean.

The Daughter, Orode Okpu-Uduaghan wedding in 2011 was sponsored by the state government and authoritative sources in government told me that many of the political figures fell over themselves to give gifts of cars to the daughter all in the bid to get contract from the state governor. Today, Orode who grew up in Sido Street, Warri now has a multi million Naira mansion in Victoria Garden City, courtesy of her father who gave contract to her friend handling the Oleri Industrial Park.

I truly do not know the basis for future awards nominating Orode for activism award. What activism and in which state? Has she played more activist role that Chinedu Ekeke or Japheth Omojuwa. It is time we begin to ask the source of wealth on people whom awards are conferred on. It's not about owning a pink pearl foundation to treat cancer, but source of the money. That a lady who just finished barely three years ago from the University of Windsor in Canada could own such house, when people in Kokori have no suitable home of theirs calls for the stoning of the governor.

The Warri Park handled by Sarner PFM has been the conduit pipe for siphoning the state money by the governor, while no work has been carried out in the place. I challenge the governor to take real newsmen there, not reporters from the traditional Nigerian Newspapers, but from premium times, Elombah.com, paradigm shift, Sahara Reporters, Desert Herald, News Rescue, Urhobotimes and Global Concord to prove me wrong that work has begin there.

Here was a man who drove a rickety car, as a doctor coming to see his wife in Sido, back in those days, and cursing corrupt leaders, now blazing the trail in the seats of world most corrupt leaders. What manner of governor do we have, that have made Delta State government a family affairs. His wife's brother, Amaju Pinnick, who is the Delta State football association chairman I'm reliably informed embezzled N6 billion meant for the renovation of the Warri Township Stadium during the last U-17 tournament, while his cousin supplies all the cars to government house.

Why is Delta cursed with political thieves as governors when her neighbors are governing well? Since the advent of this administration, Uduaghan has not done anything tangible that has equaled one month federal allocation. All the infrastructures in Delta are works of former governor James Ibori; what then has he be using the resources for.

This is one governor who has packed corrupt persons as his commissioners, with the exception of the transport commissioner, Ben Igbakpa, who has turned the transport sector around. The commissioner of Environments, Frank Omare is noted for his failed delivery services; a man who has gotten over N160 million, but the environment in Delta State is as dirty as ever, with most canals still blocked. Here is a man who used the media in the state to showcase works he never did and abandoned them.

What manner of governor will approve N330 million for Journalists in the states to undergo training in Reuters, if not to gag the mouth of the press? To even tag it 'investigative journalism' is an insult to Deltans as a whole. What manner of investigative journalism has the NUJ corrupt Chairman, Chiazor, who works with the state owned Delta Broadcasting Service (DBS) Warri, carried out in his entire life? Why should a governor sponsor private media 'journalists' on such venture from our collective coffers, when it will cost less than a N100 million to bring any Reuters resource persons to come and train them here in Nigeria.

This fraud by the NUJ in the state in collaboration with the governor deserves to get the State NUJ council chairman impeached and Uduaghan jailed. With N330 million, the two state broadcast houses can be made to broadcast wider and the state newspaper, the pointer made better than it is; yet only few bands of criminals who are PR writers, masquerading as journalists lavish the common wealth.

The IPP project for which over N16 billion has been spent is still on the drawing paper, as the Delta State house of Assembly speaker, Victor Ochei, whom the contract was awarded to has diverted the funds into his personal pocket, in connivance with the looting governor of Delta State, while the project site in Oghara is overgrown with weeds. This is not just right and though it's already late in his tenure, he can still stop this madness of looting and stealing the treasury blind.

That Kelvin was caught because he gave an ultimatum shows how weak the security system in the state is. A state where kidnappers reign as lords and armed robbers have field days is enough challenge to Uduaghan, not suffering innocent citizens whose sons took to the streets and guns, in protection of their oil. How many of the Kokori citizens have the kind of wealth that Uduaghan kinsman, Ayiri Emami possess, even though they have more oil than Koko?

Governor Uduaghan should task himself to mending his ways and doing all his best to make life better for the average Deltans, avoid the selling of civil service forms for job, and create meaningful jobs for the people, not the micro scheme that will not stand the test of time. Whatever reason he has for milking Delta State coffers of her billions is not just right, and while he may get away with it in two years time, he should remember that Ibori had more guts and political clout than he thinks he has.

A mere whistle from the next governor will see me personally snapping him picture in jail and posting the picture for the world to see. Such poetic elegy on him will be an award winner any day. Emmanuel Ewetan Uduaghan, we are with the pen and the ink is past the middle in this poetic elegy; and this we say, spare your children the agony that they had a father who was an ex convict. His time for repentance starts now.