Veep calls for more support for the agric sector 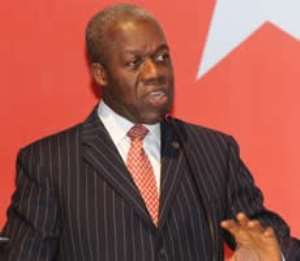 The Vice president Kwesi Bekoe Amissah-Arthur has charged African leaders to consciously make the effort to maximise agricultural production in order to meet the goals of food security and poverty reduction.

According to the Vice President, income levels will see a significant rise as well as growth stimulated in other sectors when the call for a new paradigm is given critical attention within the agriculture sector.

The Vice President noted that Ghana has made significant progress in reducing poverty and hunger through agricultural development. He also added that Ghana's spending on agricultural research and development has more than doubled since turn of the Millennium.

“The impact of our commitments and achievements is being felt. Increased food production has made food more affordable for Ghana's citizens, reducing inflation and spurring economic development,” Mr Amissah-Arthur said.

He said government has also introduced innovative schemes such as block farms and agric business programmes for the youth as a way of creating jobs and to ensure the country has food.

“We have to continue to tackle the poor image of people involved in agriculture and we have to increase rural employment. The youth is pivotal to all of these”, the Vice President emphasised.

Meanwhile FARA honoured President John Dramani Mahama with the Africa Award for Excellence in Food Security and Poverty Reduction at the same programme on Thursday.