Africa And U.S. Imperialism: From The Atlantic Slave Trade, Colonialism To Neo-Colonialism 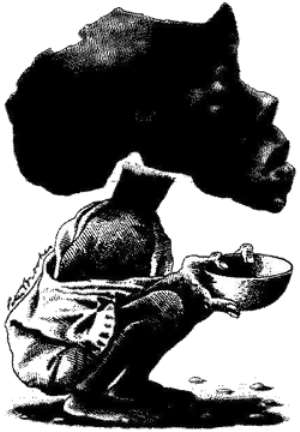 May 25, 1963 represented the 50th anniversary of the formation of the Organization of African Unity (OAU), the predecessor of the African Union (AU). The AU consists of 54 member-states from throughout the continent who are in principle committed to the unity and development of this vast region of the world.

When the OAU was formed with 32 member-states, Africa was at a crossroads in the struggle for national liberation and unity. Within the OAU itself, there were various political currents among the independent African states most of whom remained firmly within the economic and political sphere of western imperialism.

Nonetheless, a small number of states sought to break out of the legacy of the Atlantic Slave Trade and colonialism to form a bloc of governments that would effectively challenge imperialism. Within this anti-imperialist tendency there were some who called for the immediate unification of the continent to create a supra-state that would encompass a common language, currency, legislative and administrative body and military high-command.

This group of anti-imperialist leaders came under tremendous pressure by the former and then-present colonial powers and the dominant political and economic force within the post-World War II military configuration, the United States. In February of 1966, Dr. Kwame Nkrumah, the president of the First Republic of Ghana and the chief strategist and tactician of the African Revolution was overthrown at the aegis of the Central Intelligence Agency (CIA) and the State Department in Washington.

At the founding meeting of the OAU, Dr. Nkrumah wrote to the African heads-of-state that 'Never before in history has such a sweeping fervor for freedom expressed itself in great mass movements which are driving down the bastions of empire. This wind of change blowing through Africa, as I have said before, is no ordinary wind. It is a raging hurricane against which the old order cannot stand.' (Africa Must Unite, p. IX, 1963)

Nkrumah went on to point out that 'The great millions of Africa, and of Asia, have grown impatient of being hewers of wood and drawers of water, and are rebelling against the false belief that providence created some to be menials of others. Hence the twentieth century has become the century of colonial emancipation, the century of continuing revolution which must finally witness the total liberation of Africa from colonial rule and imperialist exploitation.' (ibid. , X)

Nonetheless, by 1963 Washington remained an aggressive and militaristic world power. In Vietnam, the Kennedy administration had dispatched 7,000 'advisors' which served as a gateway into a full-scale occupation of Southeast Asia under Lyndon B. Johnson in early 1965.

By the end of the Johnson administration hundreds of thousands of U.S. troops would be stationed in Vietnam and as a result over one million people were killed throughout the region by the time of U.S. withdrawal in 1975.

The Dominican Republic, which shares the island of Hispaniola with Haiti, was subjected to a U.S. military intervention also in 1965 which is not as well known. Cuba, which organized a revolution against U.S. neo-colonialism in 1959, was subjected to decades of destabilization and economic blockade.

During this same period of the rising African and world liberation movements and socialist consolidation in the USSR, China, North Korea, Cuba, Vietnam and other regions, the African American people inside the U.S. were challenging the institutional racism and national oppression which had built the country into a world economic power. The Civil Rights Movement, the Black Power Movement and the solidarity struggles with Africa and other geo-political regions of the world had a tremendous impact on the consciousness and international image of the descendants of slaves.

Even though these efforts led by African Americans, Latinos, Asian Americans and their allies changed the legal framework of the U.S., the fundamental structures of capitalism and super-exploitation have remained intact. Today a renewed struggle for full legalization of immigrant communities and the socio-economic equality and right to self-determination for Africans and Latin American descendants rages on.

Imperialism Today: Militarism and the Quest for Strategic Dominance by the U.S.

During the period of the Vietnam War there arose a monumental anti-war and peace movement which played a significant role in ending the occupation of Southeast Asia. The anti-imperialist wing of the movement viewed the victory of the Vietnamese, Cambodians and Laotians as a major contribution to the overall world struggle for socialism.

The Vietnam War had a devastating impact on the economic and political status of the U.S. The rebellions during the 1960s and early 1970s left large sections of the urban areas in an even more marginalized and exploited condition.

These failures of U.S. imperialism internationally and domestically created the conditions for the large-scale restructuring of industry and commerce. In cities like Detroit and Gary, Indiana, this process of downsizing and capital flight resulted in the escalation of the rate joblessness, homelessness and law-enforcement repression.

By the early 1980s, the U.S. would pursue a renewed militarist effort with interventions in Lebanon, Grenada and later Panama culminating in the invasion of Iraq and the imposition of United Nations approved sanctions which killed over one million people in the Middle East. In 2001, in the aftermath of 9-11, the Bush administration essentially declared war on the world which precipitated the escalation of the defense budget, the slashing of social programs and municipal services and the institutionalization of austerity.

In 2008, the U.S. Africa Command (AFRICOM) was formed to further intensify this renewed imperialist onslaught on the continent. Under Obama, the AFRICOM project has been strengthened and enhanced resulting in the occupation of Somalia through proxy military forces in Africa as well as the massive bombing and regime-change campaign against Libya in 2011.

The White House announced in December of 2012 that it was dispatching 3,500 Special Forces in nearly three dozen countries throughout Africa. Since January, the French have invaded and occupied their former colony in Mali, which was supported logistically by the Pentagon.

The U.S. was responsible for the destabilization of Mali through its military training programs that mentored Capt. Amadou Sanogo, the titular head of the coup against the government in Bamako in March 2012. The resultant chaos in Mali was utilized as a pretext by France to engage in its current intervention. In neighboring Niger, a uranium-rich state which is also a former French colony, the U.S. has deployed 100 Special Forces to operate a drone station that is a threat to people throughout the regions of West and North Africa.

Nonetheless, these military adventures in Africa have not improved the conditions of the peoples of the continent or the U.S. Economic crises have intensified throughout Europe and North America, and the degree of political repression is reaching new heights with police terrorism, mass incarceration, widespread surveillance and the eradication of basic bourgeois democratic rights reaching unprecedented levels.

These developments require the adoption of a clear anti-imperialist position in all aspects of our mass work. The struggle against the financial strangulation of the cities through home foreclosures, evictions, utility shut-offs, the elimination of municipal services, the evisceration of public education, the attacks on social security, Medicaid and medical services, must be linked with the rising military budgets of the imperialist states coupled with the aggressive interventions throughout Africa, the Middle East, Asia, Latin America and the Pacific regions.

The linking of these movements around the world will provide us with the political capacity to encircle imperialism. These efforts are fundamentally the same in their character and the liberation of peoples internationally will inevitably strengthen our struggle inside the U.S.