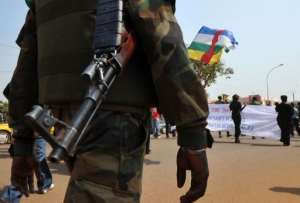 "I am currently still in Bambari. We hold the city. We were attacked by the FACA (army) yesterday but we repelled them," Djouma Narkoya, a leader of the Seleka rebel movement, told AFP by telephone.

I sold my virginity to a fetish priest for money, now my vag...
45 minutes ago