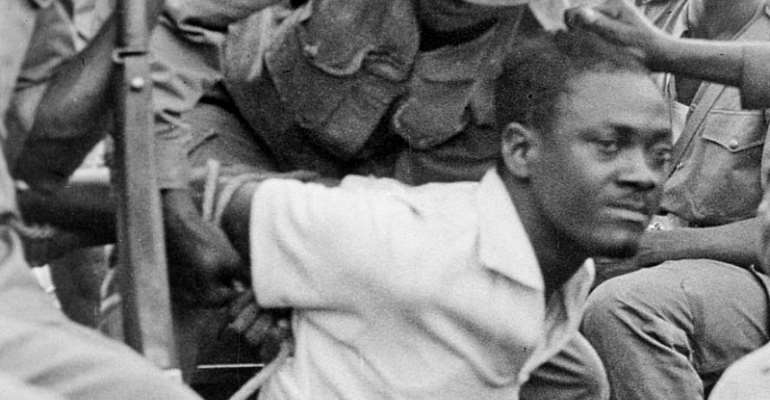 Patrice Lumumba was arrested in what was then the Belgian Congo, a few days after the local wing of the Movement National Congolais (MNC) held its congress in Stanleyville. He was charged with making seditious statements and sentenced to six months in jail. Lumumba had formed the MNC in October the previous year.

On 30th June 1960, he became the first Congolese Prime Minister when his country became independent. It was the end of Belgian colonial rule and the Republic of the Congo formed its first sovereign government.

However, Lumumba was deposed in a coup d'état, led by Mobutu Sese Seko in September 1960 and eventually executed by a Belgian led firing squad, along with two of his close allies, Maurice Mpolo and Joseph Okito, in January 1961.

It is now well documented that the Central Intelligence Agency of the United States conspired to have Lumumba assassinated.

To find out more about the struggle for independence and the post-independence crisis in the Congo click on the link below: