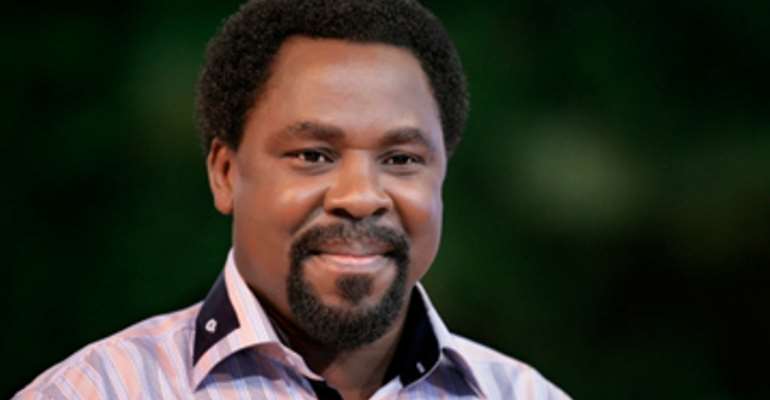 Amid the anguish and grief associated with the passing of our dear president, John Evans Atta Mills, I find it shocking that our media still find the energy to form false alluding stories and point untiring fingers.

I am referring to a story released today by Citi FM and headlined: “Cause Of Mills' Death Unnecessary – T.B Joshua”. The article is referring to a statement made by Prophet TB Joshua, at the residence of the late president. It stated that TB Joshua had waded into the 'cause of death' debate and categorically quoted him as saying, “Calling for the cause of what killed our father is not necessary, it is absolutely not necessary. What do we need that for?” The article implies that the whole sentiment and thrust of TB Joshua's words were based on this point. This came as a great shock to me because I happened to watch the news and hear exactly what TB Joshua said and he never said such a thing. He merely emphasized that “what matters is where we are going”, and “if we knew where our father is now, we would also want to be there”. He also said that as Ghanaians we should let our words and deeds be the same.

The statement was spoken as a minister of God, a pastor, not as a busybody trying to meddle into the affairs of another country by making rash and thoughtless judgments, as Citi FM portrays. He never said that there should be no autopsy or that proper investigations should not be done. For God's sake, he is a prophet, not a politician. Why then does the media continue to drag his name into political propaganda? The prophet himself said that this departure would bring about a revolution in Ghanaian politics, bringing unexplainable unity within the political class. Why then, would he speak so assuredly on such a controversial issue, knowing that it could easily bring the opposite of what he had prophesied for the nation?

As for all those who naively believe such reports without thought or consideration, they are just as serpentine as the ones who wrote them. You would think that Ghanaians at this time would be in a period of sober reflection, not a period of rumour-mongering and backstabbing. Why not confirm the report before opening your big mouths and if the reports cannot be confirmed, why not remain silent?

If you really must misquote and revile people, you can. Misquote politicians; after all, that is their game. Misquote your fellow journalists, you are all guilty. Misquote your family, what's the worst they can do to you? Misquote me, your fellow Ghanaian – it does not really matter. But do not misquote a prophet of God. Do not indict a man of God. Even if now, you do not believe in him, if years and years later you discover that he is a true man of God, you will then see that you were not fighting against a man but against God. How bitter that would be!

COVID-19: 3months Free Water For All Ghanaians Begins
12 minutes ago