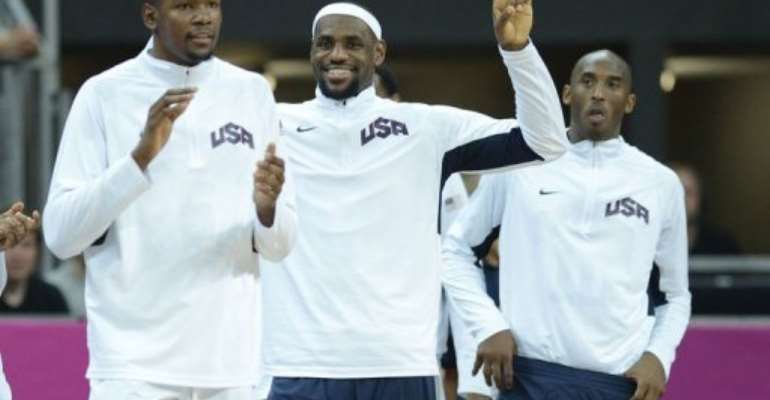 LONDON (AFP) - The United States team of NBA stars set a record for most points in a single Olympic men's basketball game by defeating Nigeria 156-73 on Thursday in a preliminary round game.

The old Olympic record for points by a team in a game was set by Brazil in 1988 at Seoul in a 138-85 preliminary round triumph over Egypt. Brazilians also had the prior mark from a 137-64 victory over India in 1980 at Moscow.

Andre Iguodala sank the record-breaking 3-pointer with 4:36 remaining in the fourth quarter to give the US squad 139 points.

The Americans also eclipsed their own Olympic team record for points in a game, set in a 133-70 victory over China in 1996 at Atlanta.