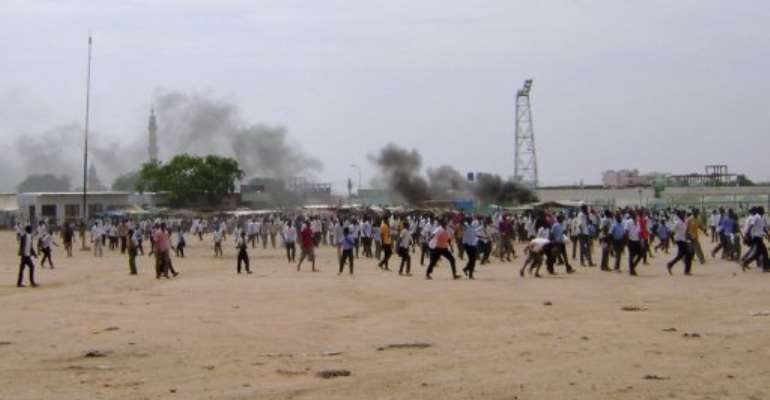 "According to reports we received, six people were killed," Bothina Mohmed Ahmed, of the South Darfur government, told AFP.

She had no details of how they died, in the state capital Nyala, and added that a number of people were also injured.

A witness earlier told AFP that police had fired tear gas at the demonstrators scattered in groups around the main market. He said protesters threw stones at government buildings and burned tyres in the street.

"The demonstration started because the students rejected the price of transport announced by the government," Ahmed said.

She added that "other groups", whom she did not identify, attacked government property during the protest.

"But now the situation is calm and under control," Ahmed said.

"We and the security authorities have a plan to secure the town in the coming days."