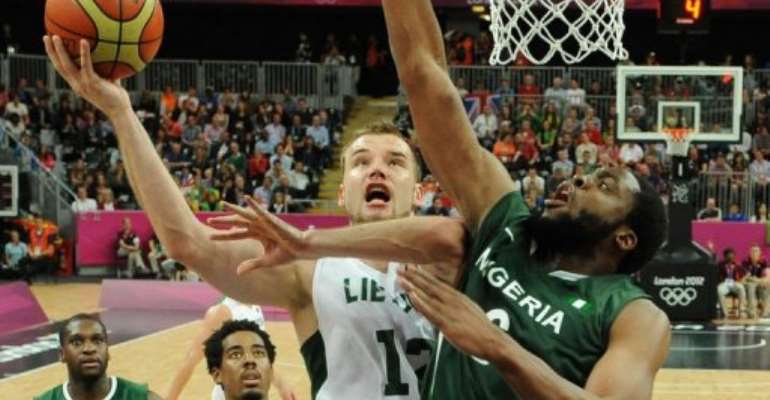 LONDON (AFP) - Lithuania, which has played for a bronze medal in the past five Olympic men's basketball tournaments, defeated Nigeria 72-53 on Tuesday for the team's first triumph at London.

Lithuania's victory left each team at 1-1 in Group A round-robin play after Nigeria opened with a 60-56 victory over Tunisia and Lithuania lost 102-79 to Argentina.

Both Nigeria and Lithuania made it to the Olympics through a last-chance qualifying tournament three weeks ago at Venezuela.