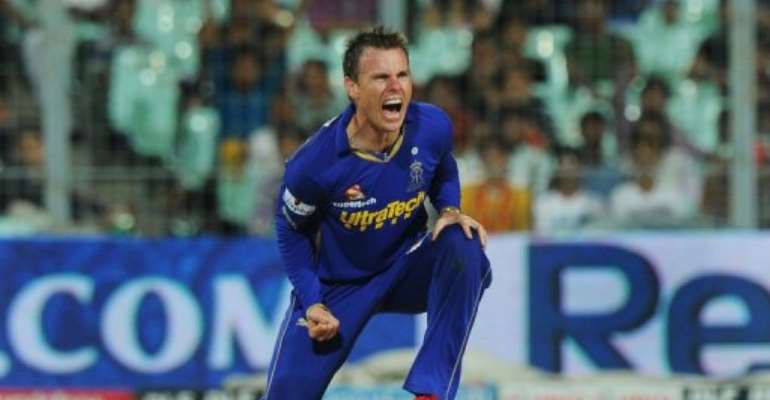 South African offspinner Johan Botha will captain the Redbacks for the next two seasons. By Dibyangshu Sarkar (AFP/File)

ADELAIDE, Australia (AFP) - South African offspinner Johan Botha said Monday he has not been made captain to shake up the underachieving South Australian cricket team.

The 'Redbacks' have finished last in the six-team Shield for the past three seasons and last won Australia's domestic four-day competition in 1995-96.

Botha, 30, played in last season's 'Big Bash' domestic Twenty20 series with the Adelaide Strikers and has been brought into the state's Shield team by coach Darren Berry.

"A couple of people around Australia may not be happy with it," Botha told reporters.

"But there is nothing I can do about it, we have all made the decision and we're going to go with it."

Botha will captain the Redbacks for the next two seasons but said he won't completely overhaul a side without a Sheffield Shield win since November 2010.

"Obviously there is a lot of expectation from the locals, and probably even some of the guys in the team, to come in and all of sudden shake everything up," the veteran of 78 one-day internationals said.

"But no, I don't have any magic potion. We will have to take it step by step.

"A lot of captains try to take over and dominate a bit.

"I just want them to go out there and play."

Botha, who has played five Tests for South Africa, joins ex-NSW Test opening batsman Phil Hughes as new recruits at the Redbacks for the next season starting in October.