THE DIFFERENCE BETWEEN INDEPENDENCE AND LIBERATION (EMANCIPATION) 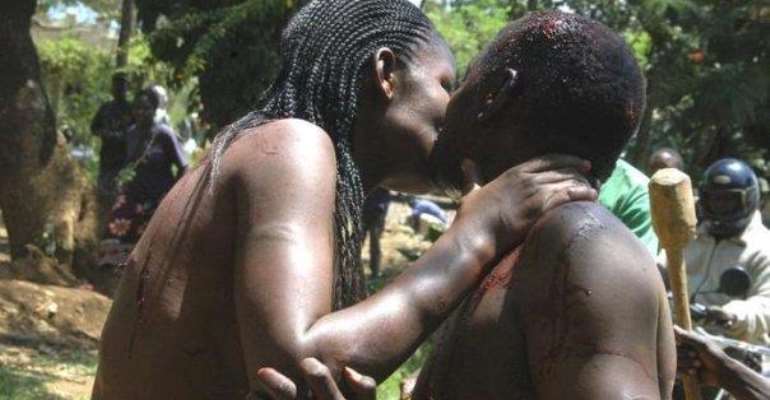 First and foremost, I will want to say thank you for having confidence in me to shed some light on the above issues, that I believe entails contentions in our community.

I will start by picking up the terminologies one after the other and their relevance in the African challenge bearing in mind the wisdom, “A people who do not know how to choose their leader but rely on fate for leadership than themselves, shall never know freedom”.

I will be defining the term Independence as a state of being in which an entity chooses to depend on itself in confronting the challenges of nature for survival. Better put, it is the dependency on oneself or ones internal factors, as an entity. In a nutshell, it is the act of decision making by oneself absolutely for one's interest. This definition forms the basis of contention between Dr. Kwame Nkrumah and his contemporaries, within Ghana and the African continent at large.

Another term I will be defining here is Liberation and this is; the dissociation of one's self as an entity from an association that existed before. In most cases, the relationship is that of the oppressor and the oppressed, in which the oppressed believed it will to be better off in working alone. In the context of the Gold Coast, there existed entities known today as the Commonwealth. So basically what was done on the 7th March, 1957 was the effort of dissociating the entity today called Ghana from the kind of association that existed before the said date and Kwame Nkrumah was very instrumental in the attainment of the set goal.

The final term before us is Emancipation which I shall be defining as any organized act of rectifying existing factors mainly psychological, in place to sustain the earlier association and dependency. Mostly, these come in form of distorted history, culture, religion, educational materials, etc. Thus, emancipation seeks to redress the challenges of mis-education that make self-determination, if started at all, very difficult to sustain. In the words of Steve Biko, “The most potent weapon of the oppressed in the hand of the oppressor is the mind of the oppressed”.

In most Kwame Nkrumah's work after the initial dissociation of the Gold Coast from the colonial kingdom to set the entity on the footing of internal dependency, Nkrumah first act of emancipation is to change the name Gold Coast to Ghana. This action was not only aimed at emancipating the inhabitants of the dissociating entity but to inform the associates that gave the entity the name in the first place that the game is over. By so doing, the Ghanaian is expected to develop the pride in the self as a being who haven gave himself a new name. Indeed he Ghanaian has grown of age than the baby that got its name from the proverbial “adult”. The colonizer on the other is expected to suffer a psychological challenge of losing the parental pride of giving its baby a name. To the parent, a child's rejection of a name given to him/her is an act of rebellion or rejecting the parents by the child. This was exactly the colonial forces took Nkrumah's action on the change of the name Gold Coast to Ghana. Such act to the oppressor is not only insulting but rebellious to its authority and for this, Nkrumah has to pay the price that come with sanctions, embargoes, threats to his life and sabotages that finally resulted in a coup d'état of 1966.

Most of us grew with such slangs as “Kankan Nyami” being associated with Nkrumah. To his detractors, it is “Anti-God” and better put, the God of the Whiteman. To most of us however “Kankan Nyami” is about encouraging Ghanaians to stop believing in the Whiteman's God of Father Christmas that preaches false hope to sustain dependency and to start believing in the Ghanaian God of self-determination and reality. Couldn't one say Nkrumah is right when the same people who all these while have employed the Holy Bible to defend the virtue that same sex relationship is evil are now turning around to threaten us with starvation if we continue to stand by the same Holy Bible against the idea of same sex relationship? Why should the God that said something is wrong all these years turn around to say the same thing is right? So if we are those self-determining this all these while, we might have decided to change this long ago or much later and not exactly when the Whiteman and his God decided it is over. God is the God of everyone, according to Nkrumah and how such God is approached is the business of each nation but this right, excludes dependent nations.

One can never finish giving detail analysis on Nkrumah's effort on Cultural Revolution and the antagonism that such moves attracted. I am very well equipped with practical evidence in this analysis and, most of what Nkrumah preached against that were not heeded are today actively brewing and setting the nation of Ghana as well as Africa at large on the footing to “Rwanda” that most of us openly dread.

It is very important at this juncture to appreciate the fact that the challenges of independence, liberation and emancipation in Ghana were much of less concern to Nkrumah than the case of the continental self-determination. At the time of the heightened consciousness when the Africans started their effort of self-determination, there were already institutions of governance in place in the colonies. These institutions of oppression established by the colonial masters were the very ones needed by the colonial inhabitants to liberate themselves. However, as far as the continent of Africa is concern, no such single institution existed and so the struggle for independence, liberation and emancipation beyond any colonial boarder become impossible for Kwame Nkrumah and hi contemporaries. So all that anyone can do is to work within the colonial institutions with nothing at all at the continental level.

In Ghana, the colonial master has already evolved the institution of governance to advance and sustain the factors of dependency to its advantage. So, all that Nkrumah and his contemporaries have to do is to mobilize resources against the anomalies of the colonial masters' institutions. This allowed the revolutionaries to build their visions and virtues around the established colonial master's institution while at the same time demonising the latter to facilitate its exit as an authority for their assumption of the same authority.

On the African continent, such institution does not exist and so creating any vision around a non-existing institution become very difficult if not impossible. Thus the challenge of Nkrumah was to have something in place regardless to whether it is good or bad. So given the realities of the circumstances at that time, with wisdom, Nkrumah then settled down for the OAU as an institution around which generations to come could attack the institution with their revolutionary visions.

The work of Nkrumah on the continental platform therefore was to have in existence the AU regardless to the anomalies that will be coming with it while the work of future continental activists will be independence, liberation and emancipation at the level of the Union as they deem appropriate.

It is very important to point out contentions we generally have in our Pan African struggle for the actualization of self-determination in the context of liberation, independence and emancipation. Most of us are not aware of the fact that revolutions are most effective when executed through existing and established institutions than by just a pocket of solders. It is even the best when the target is a clearly established authority like the Africa Union Commission with a clear single person mandate as the AU Commission Chairperson.

One school of thought works on the individual institution of struggle while another school thought sees the collective platform approach as the most appropriate. In the diaspora, the commonest impression is that of the individual as an institution of struggle. Most of these people also see the former African colonies called countries today as the platforms for liberation. It is a common thing in the Euro-American states to hear a person bragging “we are backing Robert Mogabi to fight the imperialists who are stealing our land in Zimbabwe”.

On the continent of Africa, the individualists are known to make comments such as “I have to fight for my right” considering the “fight” as one on one. Most of these people cannot also go beyond the conception of a country than what the colonial masters left behind as territories thus, such arguments as “Ghana has got her independence and must fight the imperialists”. It is very easy for people of such inclination to ask “what is this Africa Union all about? We must develop our Ghana and to hell with the AU”. It is very interesting to have these people running out of gas in time and resorting to the colonial masters for a way out.

The key to self-determination as practically approached by Nkrumah and his contemporaries is that of a majority's right to determine the political leadership of the central institution that in turn determines the kind of liberation, independence and emancipation the people get.

In the AU today, the kind of self-determination the ordinary man exercises is the type befitting those on slave camps and colonies. The ordinary man does not determine who politically heads the African continent. In Nkrumah's own words to encourage us significance of the office of the Chief Executive officer of the AU Commission he said, “Seek ye first the political kingdom, and everything else shall come with it”.