Airlift of South Sudanese under way in Khartoum 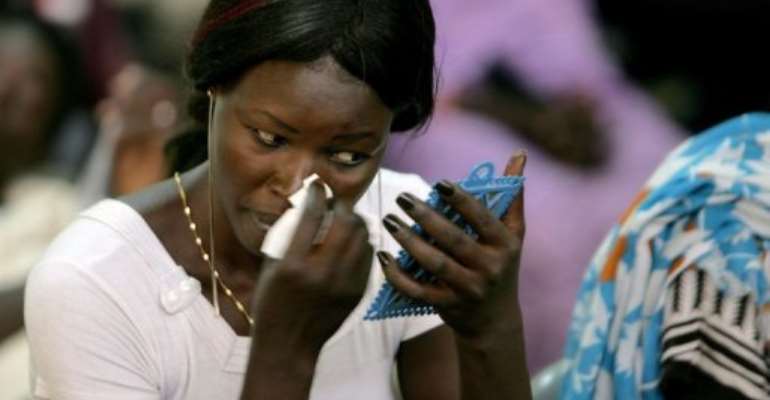 KHARTOUM (AFP) - The first batch of up to 15,000 South Sudanese to be airlifted from Khartoum were welcomed in their homeland Monday, after they were ordered to leave Sudan for the newly independent South.

The first of dozens of planes chartered by the International Organisation for Migration (IOM) took off in the morning with around 160 South Sudanese, followed by a second flight late in the afternoon.

Despite coming from Southern ethnic groups, many have spent their entire lives in the north.

The passengers are among 12,000 to 15,000 Southerners who have been waiting to travel home from the Kosti camp 300 kilometres (190 miles) south of Khartoum.

Kosti became home to the biggest single concentration of South Sudanese needing transport to the South, with many living in makeshift shelters or barn-like buildings for up to a year, and dependent on foreign aid.

Khartoum authorities hung a banner at the airport wishing the Southerners a safe journey.

"It is my first time to the South. I was born here," Cecilia Peter, 27, said through a translator as she lined up for a boarding pass with her five children.

Peter said the family had spent 13 months in Kosti, after she lost her job as a teacher.

All ethnic Southerners were dismissed from Sudan's civil service ahead of South Sudan's independence last July under a peace deal that ended the 1983-2005 civil war which killed two million people and drove many more to the north.

Sudan's authorities declared the migrants at Kosti a security threat and initially gave them a May 5 deadline to leave, sparking concern from the United Nations and the IOM, which has already helped over 376,000 Southerners to head home.

Officials extended the deadline to May 20 but then told the IOM to disregard the time limit after plans for the airlift were devised.

"We are very happy... the citizens have arrived safely," said Joseph Lual Acuil, the South's Minister of Humanitarian Affairs, who was among officials waiting at Juba airport as the returnees arrived.

Sisto Caesar, from the South's Eastern Equatoria state, arrived in Juba with his five children, some of whom were born during the 14 years he spent in Khartoum, where he fled to escape the brutal two-decade long civil war.

"Life was not bad, but recently things started becoming hard," Caesar said on arrival in Juba. "I have arrived home, and I am very happy."

The returnees will stay initially in a camp in Juba before travelling on to the villages they came from originally.

Officials estimate some 350,000 Southerners remain in the north, despite the passing of a six month grace period for them to either formalise their status or leave.

The airlift will "help those people to end their suffering and difficulties they face," said a Sudanese government official who saw off the first flight.

Recent border clashes between the armies -- the most serious violence since Juba's independence -- prompted international fears of a return to full-blown conflict.

However, fighting has since calmed on the disputed frontier, and Khartoum and Juba are due to restart stalled talks this week to comply with a United Nations Security Council resolution.

The IOM had plans for transporting thousands of people from Kosti by barge but Sudan's military expressed security concerns.

Initial plans had called for six flights a day, but the aircraft and crews have been delayed in arriving, said Jill Helke, who heads the IOM in Sudan.

Even with six daily flights the airlift would require about two weeks to move all the Kosti Southerners, who are first bussed to Khartoum.

South Sudan's ambassador in Khartoum, Kau Nak, climbed the stairs of the airplane to leave his citizens with some parting words. Although they may have had "some bad experiences", he urged them not to direct anger towards innocent Sudanese.

"The separation that took place is a political separation," which should not overshadow cultural and other factors that bring Sudan and South Sudan together.

"We shall remain as permanent neighbours," Nak said.