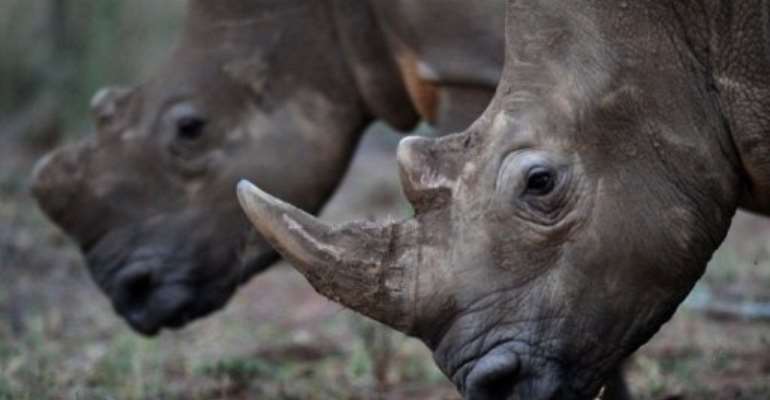 More than 200 rhinos have been poached in South Africa this year. By Alexander Joe (AFP/File)

Groenewald is the alleged mastermind of a poaching ring who legally bought rhinos, but then slaughtered them to sell their horns, which are valuable in Asian traditional medicine.

The three are charged with 1,872 counts of racketeering, "which makes it one of the biggest wildlife cases in South Africa," said Naidoo.

A helicopter and the animals on Groenewald's farm, including rhinos, will also be confiscated until the verdict in their trial.

Groenewald, who is out on one-million-rand bail, has denied the charges against him.

"Generally, those that commit such crimes will serve their sentences but still come back to a life of luxury, but by seizing assets, criminals have no worldly possessions to enjoy and this certainly helps send out a clear message that crime does not pay," said Naidoo.

More than 161 people are currently on trial for rhino poaching or the illegal trade in rhino horn.

More than 200 rhinos have been poached in South Africa since the start of the year.