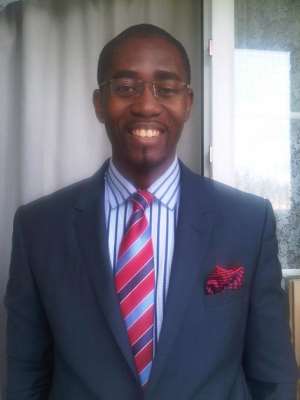 It wouldn't surprise me if that was the message sent out by the captain of the ship “Ghana the Great” in the wake of recent events happening in the country. As much as it would be an easy option for politicians to ignore what the masses are saying, yet for the sake of this country's good stead, I hope they are listening and I hope they are thinking. For a fact, and if I had my own way, I would have sought to quickly remind them that they (politicians) exist because of the people. In fact if I were to be brutally honest about it, politicians are in jobs because “the people” put them there and because “the people” have chosen to follow their leadership. When the people start talking, then someone needs to remind them that their employers are very unhappy.

I may not be a very mathematical person (unless it has a currency symbol, considering that I am an accountant) but something resembling the mathematical law of Trichotomy tells me that :

If A says B is C and B says A is C; then realistically speaking A=B=C assuming the allusions made by A and B are true.

Therefore, conclusively, if:
NDC says NPP is ecominically fraudulent and politrically oppressive and

For we the citizens who are neither members of the NDC or the NPP, there really isn't a lot available to make a judgement with. At the end of the day, if an Octopus comes from the deep sea to tell you the Salmon is having an affair with the Whale, believe it. Likewise if the Baboon comes from the jungle, with news that the Lion has impregnated the Fox, believe it also

I recently pondered over the current happenings regarding the inflammatory utterances by Mr. Politician KKK Agyapong and the imperative indications that he has landed himself somewhat into the rather unpleasant hot waters of treason and a verse from the bible jumped into my head; Psalm 120:7 which says: “I am a man of peace; but when I speak, they are for war”. Interesting isn't it. I've quoted a few verses below to highlight my “personal” views on the whole social and political debacle around speculations whether or not Honourable Mr KKKAgyapong will be handed the full whipping of the law:

JOHN 18: 39-40
But you have a custom that I should release someone to you at the Passover. Do you therefore want me to release to you the King of the Jews?” Then they all cried again, saying, “Not this Man, but Barabbas!” Now Barabbas was a robber

SIKAKROM 19: 30-33
But we the judges do not have the power to sentence offending politicians even if guilty by the law: will you citizens of Ghana wish for us and the leaders, to release unto you KKK Agyapong? Then cried ALL the people with one voice saying “Jail him, crucify him, slap him, beat him…..”

JOHN 8:7
So when they continued asking Him, He raised Himself up and said to them, “He who is without sin among you, let him throw a stone at her first.”

SIKAKROM 9: 10
Then behold, KKK Agyapong lifted up his head and said unto his fellow politicians, let any of you, who is without dirty secrets bigger than my guilt of treason cast the first condemnation against me…. And they all walked away and none accused him

It will be interesting to see how all these ends…….