M7, the executioner, is now prepared to walk Uganda down the lastmile, the green mile, to its execution 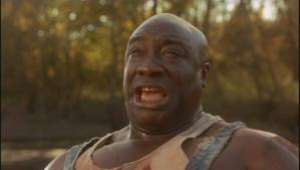 In response to a pressure group called the Activists for change (A4C) founded by the opposition in Uganda after the 2011 elections, the government of Uganda has officially banned its activities indefinitely. I was among the people so confused about the sole objective of this organization till when I recently read an anonymous message a few days ago on my blog , presumably from one of the leaders of the A4C, that stated in one of the paragraphs:' “Museveni must go and this time we shall not use guns, but people power. The government propagandists keep referring to the next elections of 2016, that we should instead plan to defeat Museveni in 2016. This is a joke. The Museveni regime will be overthrown this year (2012), a transitional government will be set up and a truly democratic election will follow”.

'The press fears to report this message this clearly for fear of economic consequences. But no one attends an A4C rally or town hall meeting leaves with any doubt what the end game is. The removal of the fraudulently installed Museveni government from power, by the (protest) power of the people.'

After reading this message, I thought to myself: 'how is the government going to deal with A4C if they are determined as they are saying to use people power to get Museveni's government out?' The protests have been going for a year now and that is extra ordinary in the history of Uganda but my worry came when the government through its Attorney General (AG) Peter Nyombi on Wednesday declared A4C an “unlawful society”.

The truth is that the existence of the A4C is not in the way about breaking the law or doing anything illegal as any Ugandan has got a right to protest against anything. I believe the law in Uganda does not ban peaceful protests, as they are allowed under the constitution. If this was not the case, I believe the group would have been banned ages ago. What “freedom to peaceably assemble” means is that you can assemble as a group and discuss things, and the government can't shut you down, somewhere where you don't infringe upon others. From the few YouTube videos I have watched so far, it looks like the police are the ones that spark up all this 'kavuyo'( trouble) whenever some people are marching or assembling or protesting somewhere. I believe that poor policeman would not have died if the police had not interfered with the people walking alongside Dr.Besigye and Erias Lukwago.

What the AG has summarily done is to give A4C free publicity which will recruit more people for their cause. The government decision is also likely to drive some protestors underground to form secret organizations against the government, a situation that could have been avoided if common sense had been allowed to prevail. As they say:' when a bad person uses a gun for an evil end, the media concentrates on the event, and stays on the story. On the flip side, when a gun is used by a good person for a noble end, it might merit a onetime mention in the local press.

Basically, banning protests or groups such as A4C is not what most people want to see happen in this country. What we need is free and fair elections, proper democracy, free society, no corruption, e.t.c. So the mere fact that the A4C has managed to live for a year should be a reality check for the government that not everything is a bed of roses. NRM as a party is now an intellectually dishonest organization, and this is not good for the country because they are in power. The leading option here would be for president Museveni to form a coalition government with the opposition and then organize fresh presidential elections.

If president Museveni refuses to give in to the protests, then I will start believing what most people have been telling us that he is a bad person. From what I watched from the film called' 'The Green Mile', directed by Frank Darabont and adapted by him from the 1996 Stephen King novel of the same name, all the bad people there had a bad ending. The film tells the story of Paul's life as a death row corrections officer during the Great Depression in the United States, and the supernatural events he witnessed in prison.

Actually I have a problem with the term 'bad person' despite its numerous usage in that film, because it's far too general. It's easy to take the term 'bad person' and use it to justify one's own inaction on the suffering of others. Like the whole idea that only 'bad people' need to protest as the government is portraying the A4C, or that AIDS is a judgment from God. That's why this kind of stuff gets tricky if you really want to be fair about it.

Some people say that Museveni is worse than Obote but I'm likely to give him a benefit of doubt and see if he will listen to the cries of the protestors or he will just keep torturing, killing or imprisoning them. Killing or torturing people lives permanent mental scars from that horrible time period. Leaders should not think that people are the enemy. The logic is clear: the people they lead want to have a good, free and stable country.If they don't get it, they will do something about it.

I want to personally thank Dr.Besigye for taking up the banner of freedom at a time when he ought to be able to enjoy a retirement in freedom and liberty- considering that he already fought for it in the bushes of Luwero against Obote dictatorship. Whoever will become the next FDC president will do no less than he has done, because our very system of government and our essential freedoms and liberties are in serious jeopardy?

Like they say in the 'Green Mile', it looks like Museveni, the executioner, is now prepared to walk Uganda down the last mile, the green mile, to its execution. “May God have mercy on Uganda's soul,………roll on two.”