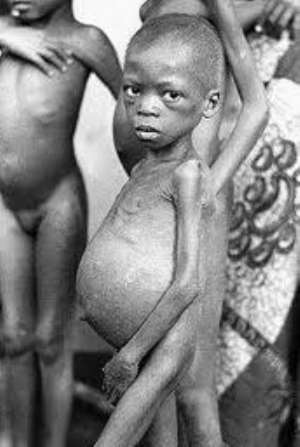 In recent time it has become a full-time job for some dubious and dishonest Nigerians to deny the Biafra Genocide also known as Nigeria Genocide in Biafra. Some go to the ridiculous extent of saying that it never happened. Such ones are wishful thinkers. They would have wished that there were no records of any kind that have helped to preserve for posterity the dangers of fear and hatred. Despite the abundance of so many records of the steady incidents of murderous killings and lootings of the particular Igbo ethnic group by the rest of the Nigerian citizens that started in the colonial days, some Nigerians shamelessly deny these facts. The first incident in which the murder of Igbo ethnic people took place in Nigeria was in Jos in 1945 and the second one happened in Kano in 1953. In both cases thousands of Igbo people with their families were brutally murdered and looted. The reason for the murders: Fear and hatred. And the hatred runs so deep and ingrained in the Nigerian psyche that soon after Nigeria's independence the ethnic/religious cleansing killings quickly turned into a pogrom.

The Nigerian state (the government of Nigeria) and its peoples driven by unfounded fear and hatred became actively engaged in carrying out state-sponsored hate-murders and hate-lootings of the ethnic Igbo people. Post independent Nigeria has witnessed the unremitting genocidal program of ethnic/religious cleansing of the Nigerian state of the Igbo ethnic people. Nigeria's independence from the British happened in 1960 and starting from 1966 till date the Nigerian state and its citizens have murdered over 5 million Igbo and other Biafran people in their process to cleanse the country of the people they hate and loathe so much. But the Biafra Genocide which started from 1966 to 1970 saw the killing of 3.1 million Igbo/Biafrans ethnic peoples. Within that period that is regarded as one of the darkest in human history, the Nigerian state and all its citizens and in cahoots with some allied nations of Great Britain, USSR, Egypt and the Arab League remorselessly murdered that many millions of defenseless Igbo/Biafran children, women and men through shelling, bombing, strafing and starvation.

The genocidal period of 1966 to 1970 was presided over by the accursed and unrepentant chief genocidist Yakubu Gowon. It is reported that the man now runs a religious program which is called “Nigeria Prays”. What a mockery and smear on the sensibilities of a decent world. Just as in legal terminology so it is in true religion, “he that comes to equity must come with clean hands”. Whoever that must come to God in prayers and supplication must come with a humble heart, acknowledge and change from his wicked ways and make atonement by restitution. Then they can offer their prayers and sacrifices and expect answers from a God who frowns at and condemns injustice and the murder of the innocent. When the murderer opens their hands in prayer the good Lord looks away in anger because he will not look at the soiled hands that are full of the blood of innocent children, women and men. To pray to a just God the murderer or genocidist must first acknowledge their heinous crime against humanity, actively elect to change and turn from their evil ways, confess publicly to their evil doings and restore the victim to their original state of being before he violated and destroyed them.

But there has been a bright side to the total darkness. There are some people who have sacrificed so much and stood up against the damning Nigerian darkness on behalf of all Biafrans and lovers of justice all over the world over the years. These people have continually reminded the world of their responsibility of not forgetting the Biafra Genocide. It is the courage and perseverance of these excellent men of honor and faith that serve as the forte and hope of all decent human beings all over the world. By the efforts of these gallant fighters against injustice and crime against humanity, the world, our world becomes a better place, secure and prosperous. Their actions will continue to embolden and feed the fire of hope of the oppressed, murdered and looted peoples everywhere in our world.

Nigerian genocide deniers may deny as much as they like about the Biafra Genocide but their denials will never erase the fact of this heinous crime against Biafran peoples. But they may need to be reminded that Biafrans are not telling their story for the record in order to elicit any form of sympathy from Nigeria or Nigerians. The Nigerian state, Gowon and all its citizens are reprobates who are forever past any form of redemption. Redemption is always the imputation on the offending person or a group the grace that translates the wicked from their weakened state of perdition and certain doom onto the state of strength and success that comes from the confidence of having “clean hands”. This translation can only happen when the offending person or party acknowledges wrongdoing and becomes humble and willingly change and do right by the victim. The truth is that so long as a person or people continue to choose to live a lie and in truth-denials they will never be accorded the grace to translate into the realm of success and prosperity.

Lies can be equated with social darkness and whoever, be it a person or country that lives a lie lives in total darkness and remains condemned to perpetually grope in the hellish darkness of frustration, failure and poverty. Needless to say that Nigeria's and Nigerians' lot has ever remained that of a people covered in an impenetrable and hopeless darkness. Nigeria will never escape this total darkness of hopelessness and poverty until it is broken into pieces and their greatest fear comes to pass; BIAFRA becomes free and independent of Nigeria. Other people in other places who have fought bitter wars and tend to have come out as better societies did so because they had been honest and bold and found the courage in themselves to acknowledge the truth of their situation. Those in the wrong found the strength to accept being in the wrong when the violence subsided, hence it seems that every society that has seen great progress began to experience prosperity and advancement after a fight, should we then seek far for the answer on why Nigeria's case is so different? Nigeria and Nigerians deny and run away from the truth and as such they will continue to head away from progress and prosperity. Any society that embraces lies will invariably continually live in poverty and total darkness.

Let all Nigerians who shamelessly deny the Biafra Genocide go ahead and pride themselves in their damnable state of darkness and endless retrogression but they may also be reminded that Biafra's defeat in 1970 was only a temporary setback in the people's unstoppable march towards self-redemption (Self Determination). Biafra and Biafrans shall get there soon and Nigeria and Nigerians shall not have the last laugh. Someone may need to tell the unrepentant Nigerians and their country that they have not heard the last of and from Biafra and Biafrans. Tell Nigeria and all Nigerians that they may yet need to sell their clothes to buy themselves guns and more weapons because when they think that they have peace and security, sudden pain and destruction will come over them. Nigeria should be ready to taste the bitter pill. From the same cup and worse than the one Biafrans drank they shall drink a thousand times over. But most importantly, on a final note and on practical terms, let Nigeria and Nigerians who deny the truth know that the time has finally come for them to answer for their heinous crime against humanity; the Nigeria and Nigerians Genocide on Biafra and Biafrans. The guilty shall pay.

How can you blame NDC for Akufo-Addo’s “away away!” humiliat...
15 minutes ago