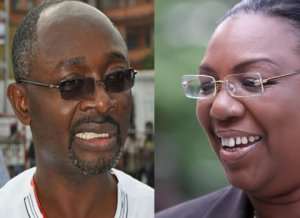 Further to the statement put out by the National Democratic Congress (NDC) financier, Alfred Woyome, on 31st January 2012, that he earned the controversial GhC51 million judgment debt legitimately, Citifmonline. com has gone a step further to secure a copy of the ruling that led to the payment of such whopping sum.

It appears the Woyome case is far from dying and the resurrection of the case through the publication of a purported letter from the Finance Minister, Dr. Kwabena Duffuor, to the Presidency unwilling to pay the amount until he came 'under pressure' from the former Attorney General Betty Mould-Iddrisu has given the saga a new twist.