P.R.A.A.D. AND OTHERS NEGLECTED AND RELEGATED TO THE DUSTBIN ? PART 1 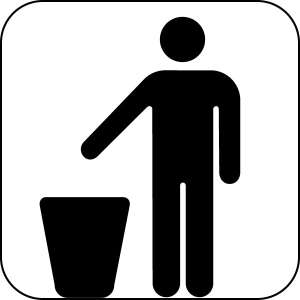 Many African governments have shown absolute apathy to very vital documents that are of importance to society and humanity but the question of keeping such documents in the archives and applying proper supervision for posterity has always posed many problems since time immemorial. Gone were the days when secretaries and clerks in government departments and establishments stack type - written and/or hand-written documents in either flat or box files and kept them in steel cabinets in the regional capitals of Ghana, with those at the district levels rather being kept in wooden cupboards with or without keys or security padlocks. Nobody there and then thought about fumigation to prevent rodents and insects from feeding on such documents.

This archaic practice has gone on for ages and perhaps would be a century old by now. But even now that civilization has dawned on Africa and Ghana's position should have excelled to take the frontline stage, you go to the seat of government at the Osu Castle, in Accra for example, the best one could perhaps see would be steel cabinets with combination locks, nothing new and strange, the only exception being tags reading 'Confidential', 'Private' or 'TJ', i.e. 'Temporary Jacket' stickers pasted in front of the said cabinets. Unlike the African practice where most of our cherished and treasured documents are still kept in poor unkempt files in weak and rusty cabinets, unmindful of the attendant risks – documents exposed to readership by all manner of visitors and strangers who are not supposed to come into contact with such documents etc., the civilized western world are far advanced and have gone ahead with record keeping of every available contents of valued documents on the compact discs i.e. C.D. for security and posterity.

Most unselfish European scientists and inventors who thought of the importance of posterity, tried to document their inventions and God-given knowledge for use by the rest of the world. One wonders whether the saying that 'if you want to keep some vital information from an African, then just put it into writing or publish it in a book form' and leave it on a table, nobody cares a hoot about it because it is a known fact that most Africans including Ghanaians do not fancy reading books to enhance the little knowledge endowed by God to be abreast with time.

NEGLECTED AREAS
The author has been saddened by the fact that since Ghana's Independence in March 1957, many government and quasi-government departments/agencies have never been mindful of the way security documents are kept for safe and longer periods. Governments have since then come and gone without any one being mindful of keeping documents and security ones even for posterity. Do not make a mistake. Please take a ride or stroll to the Ghana Survey Department adjacent to the 37 Military Hospital; just try to request that you want to have a chat or audience with the head of that department, and you will be amazed to see some files of land documents that are littered on the floor some of them date as far back as 1937. They belong to private individuals and still lie on the bare floor; not only that, continue to the main general security offices of the Lands Commission Secretariat near the El Wak Stadium, in Accra where all lands invested in the Government of Ghana and their vital contents in the form of indentures and site plans also belonging to Ghanaians owners and foreigners who own lands/properties in Ghana from as far back as the 1930s or even before then are being stacked on shelves in this room.

This Computer Age, one would say Christ Almighty with exclamation! Now that Information and Communication Technology reigns supreme almost all over the world, do we as a nation have to import the Indians and Singaporeans and possibly, the Malaysians who started off with us in the 50s on the hard green turfs but have now leapt ahead of us because they did not treasure in coup d'etats and totally abhorred tribalism, favouritism and nepotism; and these enabled them to be at the forefront of the ICT globally whilst Ghana, with the abundant natural and human resources available at our command and moreover, incomparable to none in Africa, still limp from the doldrums in the background. This is precisely because we are very greedy, envious of ourselves and selfishly gluttonous. Perhaps, the schedule officers do not know that the documents they hold in trust are the genuine ones that they usually rely on as reference documents in times of litigation at the law courts and financial houses.

The writer would like to further request readers to trek on to the far corner of the city centre to the Lands Title Deeds offices just by the Customs & Excise Headquarters (now the Ghana Revenue Authority) in Accra. The atmosphere is not far from anything impressive; the value is still the same. Why? How come? The author does not want to point any accusing finger at any particular government but at least if it could dawn on anybody in government with brains to think about the severity and importance of all these vital agencies and attach special importance to the very documents being kept in their custody, then Ghana could go places but the files are just left there at the mercy of the weather and rodents and/or moths.

The usual October rains that normally cause great havoc to lives and properties in Accra would one day bury them all, since we do not see anything wrong with decentralization of government machinery; everything from Accra to Zuarungu is to be headquartered here, why? You mark my word. It was unfortunate that there was no camera in my possession otherwise I would have snapped some shots to serve the purpose for which this article implies. Some of the documents at the Survey Department that were half torn, ripped off or eaten up by cockroaches from respective files were begging for ICT reforms, but who cause am? Very pitiful sight indeed, yet, we pride ourselves as the Gateway to Africa! Nonsense to the highest order, isn't it?

P.R.A.A.D
The Public Records Archives and Administration Department shares common wall with the Young Women Christian Association premises (Y.W.C.A.) opposite the Kriff Ghana Limited offices, near the Roman Cathedral, Accra. It is the only place in Ghana where records of all public and civil servants and some dignified personalities who have held civil and public offices in Ghana or elsewhere for, and on behalf of government, or in private practice, were submitted to them for keeps for posterity and reference purposes. The general records for civil and public servants, including civilians, the military and police, politicians, the judiciary, the clergy, businessmen, and all walks of life could be found there even though not on CDs but on files. The information relative to the E.R.T. Madjiteys, the Nii Amaah Ollenus, the Lt.-General J.A. Ankrahs, the Annie Jiagges, the former British Governors to the Gold Coast, the Kwame Nkrumahs, the Kofi Abrefa Busias, the Paa Grants, the Emmanuel Obetsebi Lampteys, the Ako Adjeis, the J.B. Danquahs, the Dzenkle Dzewus, the E.M. Debrahs, the Major Lampteys, the M.A. Otus, the S.J.A. Otus, the Mensah Sarbahs, the Joe Appiahs, the Sgt. Adjeteys of the 28th February Road fame and the positive defiance towards the British troops, the Dr. Alex Quayson Sackeys of the U.N. Presidency of the General Assembly, et cetera.

CASUAL VISIT
One casual visit to this prominent quasi-government offices for fact finding on Wednesday, November 12, 2011 where he had interaction with the schedule officer-in-charge, one Mr. Aryee, helped him to have informed opinion that the prevailing circumstance there relative to file keeping was not haphazardly placed on the floors; but conversely too, it was not quite different from the other agencies already mentioned above. The fact that the attitudinal specifications of the Ghanaian would never ever change even if he were to work on the moon, you create an office there for him, the value and environment would be the same.

According to this officer, whose office was poorly served with half-dilapidated-window-type air-conditioner, formerly, the information as it were, was forth-coming; the information was somewhat submitted to the PRAAD reluctantly by the Establishments Secretariat now the Offices of the Ghana Civil Service. It was terribly below average. The OIC lamented that since 1980 or thereabout the OGCS has failed in its duty to compile and collate such vital information from the Ministries/Departments and Agencies and submitted it to the Public Records and Archives Administration Department; the Offices of the Ghana Civil Service Secretariat and the Public Services Commission have shown total neglect and irrelevance as if it has no significance but would like to use this medium to drum home that they should ensure they updated the PRAAD with the necessary ingredients to be abreast with time.

It would be a big shame and complete naivety for one to visit such a place only to be told in the face that no available information exists on a file or on the CD for such a distinguished personality who once lived and toiled for Mother Ghana. Two outstanding personalities such as Dr. Kwegyir Aggrey of Achimota School and the black and white keys of the piano fame and say, George Ekem Ferguson, the first qualified Gold Coast Surveyor who probably helped with the country's mapping with the British. The author stands for correction anyway.

But one should visit there and ask of any known individual who one time or the other distinguished him/herself in either the civil/public service of Ghana; be he or she a civilian, public officer, academia, military or police, judge, legal luminary, professional, clergy, businessman or what before 1980, trust me, these half-fit, half-trained civil servants will show you where to locate the file or shelf to whip your appetite with the information you want. What therefore prevents the National Awards Committee from furnishing the parti -culars of the awardees to the PRAAD for the sake of posterity?

This is one fine and free consultancy. The author wishes to implore all the Human Resource persons and departments of all private and public institutions to furnish this vital office with the information they deserve so as to keep such information updated. As long as most of them have served Mother Ghana in diverse ways, their back -ground should never be lost for point of references. Some of them too must have been trained with government money either abroad or locally so such personalit -ies should have their particulars furnished with the PRAAD to encourage the youth to also aspire to greater heights. As already indicated, their offices are located near the Cathedral. The irony is that this OIC recalled the time when he had the singular honour to visit Britain where he was shown documents on some of the British famous individuals he never thought would be available but were made available to him with just the press of the button; the relevant information that characterized such personalities were for grabs and easy comprehension. Part 2 to be continued. By Kofi Appiah email: [email protected]