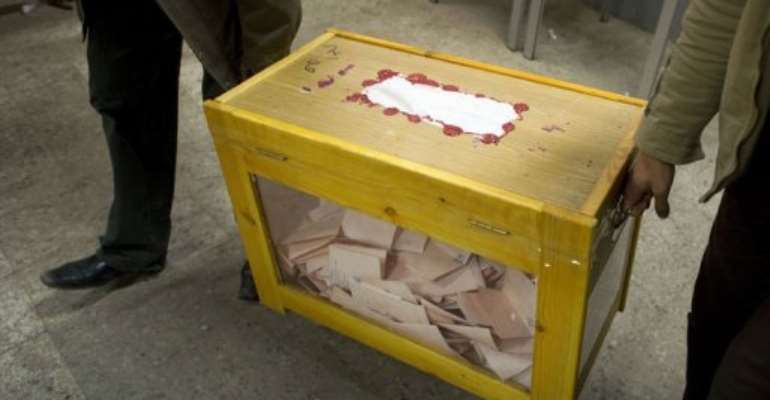 Millions of Egyptians filed into polling stations on Monday and Tuesday to elect a new parliament. By Odd Andersen (AFP)

The movement's Freedom and Justice Party (FJP) said initial results showed its coalition ahead, followed by parties belonging to hardline Islamist Salafi movements, then a coalition of secular movements in third.

Fayyum province, south of Cairo, saw the highest number of votes go to the party's list, followed by Red Sea province and the capital Cairo, the group said in a statement which gave no figures.

The FJP said it faced the strongest competition from Salafi parties in the Mediterranean province of Alexandria and the Nile Delta district of Kafr el-Sheikh.

Voters were asked to cast three ballots in the election -- two for individual candidates and another for a party or bloc of parties.

The FJP said it was ahead in all nine provinces in the individual candidate constituencies which voted on Monday and Tuesday.

Preliminary results also showed the failure of former members of Mubarak's regime, both those who had joined old parties and those who had formed new ones after the uprising that toppled him in February, the FJP said.

Final results for individual candidates were expected later on Wednesday.

Full results for the lower house of parliament will be published on January 13 after the remaining provinces have voted.

Millions of Egyptians filed into polling stations on Monday and Tuesday to elect a new parliament in polls largely hailed as successful.