Political Leadership And The National Interest 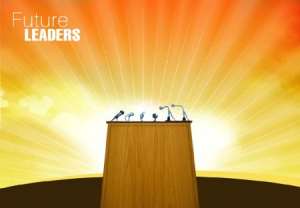 It is in the national interest that anyone aspiring to be president must have roots in a constituency with a demonstrated record of performance in the provision and delivery of services. Political parties therefore have a duty to first think about what is best for Ghana and put forward candidates who through responsible service have proved that they can represent the national interest. In order to deepen representative governance presidential candidates must have had the experience of serving the needs and protecting the rights of their constituencies. They must have a proven record of meeting the aspirations of the people either at the constituency or national level through exemplary performance in public and/or private sector service. A presidential candidate therefore should at least be capable of wining a parliamentary seat. Political parties consequently owe such a duty to the nation in the selection of candidates for national office.

With such criteria, as indicated above, those who contest and fail to win the presidential candidacy of their parties would be encouraged to aim at wining parliamentary seats in order to enrich and strengthen the quality of representative governance. Presidential aspirants must therefore be potential parliamentarians with roots in a constituency. For example, parliament would be enriched by the likes of NDC's Spio Garbrah, PNC's Bernard Monah, NPP's Frimpong Boateng and CPP's Badu Akosa, to mention a few, and their constituencies would be better served at the same time. Such presidential aspirants would therefore have had hands-on experience of representative governance and proven themselves to be responsible leaders enjoying the confidence of their constituencies through selfless service.

National interest therefore demands that key leaders of political parties must also be representative voices in parliament. Experience is the best teacher as parliament becomes a veritable induction ground to mould states-persons widely respected for integrity and impartial concern for the public good. Leading politicians, especially party leaders, would serve their parties and the nation better through the platform that parliament presents. Parliament enjoins discipline - that efficiency of purpose. Parliament demands responsibility - the cornerstone of representative power and authority. Parliament presents access to information and vital intelligence to enable power to be exercised responsibly.

The situation where a chairman doubles as leader of a political party and with no representative voice in parliament cripples the development of the party. The position of chairman must be de-coupled from that of leader in order not to confuse the public. The confusion is compounded by the selection of a presidential candidate who is not presented to the public as the party leader, leading them to an electoral victory. A presidential candidate who is not fit to be party leader is equally not fit to be the leader of all of Ghana as the state president. To the public, the party leader is a potential president-in-waiting who must have an effective voice in parliament.

It is in the national interest therefore that a leader of a political party is a responsible member of parliament servicing a constituency while at the same time demonstrating in parliament that voters have a viable alternative should the ruling party fail them. It serves the country no good if opposition leaders have no voice in parliament, cannot command information and have no access to national intelligence. Any presidential aspirant must be well placed in the process of the exercise of state power either through the executive, legislature or the private sector. A party leader must be able to influence or at least impact on the exercise of state power. For example, serving even on parliamentary committees provides such an essential platform to effect change and advance development and progress in some critical areas of national life.

All presidential and parliamentary aspirants including seekers of political office from the local to the national level must be acutely conscious of the fact that they do so within the discipline of state power contest through representative governance. It is the in-depth understanding of the responsibilities of and demands on a representative that matters here. Discipline is a means to an end – that efficiency of purpose. It is through discipline in all branches of government that the state can be well run and efficiently.

State power fails to be representative if the exercise of it serves not the purposes of the constitution in respect of equitable service provision and delivery at the local level. State power must therefore be exercised to ensure equal opportunity to all and equal access to resources by all. There should not be a rich South and impoverished North divide as the continued perpetration of such developmental apartheid falls foul of the national motto of "FREEDOM AND JUSTICE".

State power must henceforth be the concern and business of all citizens even when citizens through their votes temporarily place an aspect of that responsibility in the hands of their representatives in parliament and in the assemblies. For the state to function effectively much depends on the quality and moral strength of elected representatives and how well these representatives have rigorously been prepared to serve as effective check on the executive. It becomes critical therefore for constituencies to first draw up profiles including personal and professional qualifications for an ideal parliamentarian or assembly person who will serve the national interest and consequently constituency interest. Constituencies then nominate candidates who fit agreed profiles. What matters here is the general fitness to hold office. As it is the choices that we make that define us, the choice of a representative must answer clearly the question: "What is it that we are looking for in a representative?" The disaster of a wrong choice and having to live with it must be cured by the provision of the right of recall in party constitutions. This right of recall will be made safe against abuse only if the procedure of selecting candidates for office within the parties, assemblies and parliament are guided by highest of standards even surpassing best business practice. After all the party is a corporate body and its proper management and development is anchored on the quality of its human capital. Here lies the test of a true chairman managing the affairs of the party to strengthen the chances of the party leader and/or presidential candidate to eventually win state power.

Politics, as a profession, is career-driven. The individual seeking a career in politics must be subjected to rigorous assessment and evaluation because politicians impact every aspect of national life by their decisions and actions. National interest therefore demands that politicians seeking office must fit evaluated profiles based on the job to be done and matched by in-depth job personality and career aptitude tests. Nothing must be left to chance when filling political positions. Politics is serious business and as such must be informed by cutting-edge management and management accounting practice.

National interest is therefore served when the quality of representation makes parliament not a mere rubber stamp of executive wishes. A strong and independent parliament is vital to representative governance. Party loyalty does not mean that MPs and assembly persons must condone executive excesses, incompetence and corrupting acts. Parliamentarians and assembly persons fail in their duty to the nation if they become complicit to executive abuse, especially the use of public office and purse for personal gain and advantage. As soon as elected representatives enter the sacred chambers of parliament or the assemblies they do so to serve, protect and advance the national interest above all else. It is parliament and the assemblies that present a check on any signs of lapses, poor judgment and corruption on the part of the executive in the exercise of state power. Parliament and the assemblies are constituted to prevent and not to cure acts that tend to pervert effective function of the state. It is rather the judiciary that cures but the teaching here is that prevention is better than cure. Parliament and the assemblies must at all time demonstrate to voters that theirs is a house of zero-tolerance for corruption and abuse of power.

The state and its agent, the executive, must not be seen as sponsoring corruption and poverty. Institutional corruption and incompetence is a marked failure of the executive and a slap in the face of parliament. It is such failures that infest the effectiveness of the judiciary. Institutions of state that breed corruption and mediocrity must not be tolerated by parliament and likewise the assemblies. It is only when state power and how it is exercised become the concern and business of all citizens that abuse of power would be effectively checked. For example, it is the business of all citizens and their representatives in parliament and the assemblies to ensure that parliament swiftly takes action on auditor-general's reports as soon as they are released. It is then that a government that allows the use of state power and resources to enrich a privileged few would become an abomination in Ghana.

A government for the few is a corruption and an impoverishment of representative governance. A government for the few is an act of treason and for such to happen is a crass failure on the part of parliament and the assemblies. Here, it becomes the abiding responsibility of the press, the fourth estate, to continuously alert the public and voters of such facts about executive perfidy, moral lapses, poor judgment and the ruling party's general fitness to govern. Eternal vigilance, in the case of Ghana, becomes the price of freedom and justice.

Crime Fighting Takes New Turn With The Installation Of 10,00...
6 minutes ago