The Contribution of Cape Coast to the Struggle for Independence: The Case of King Aggrey 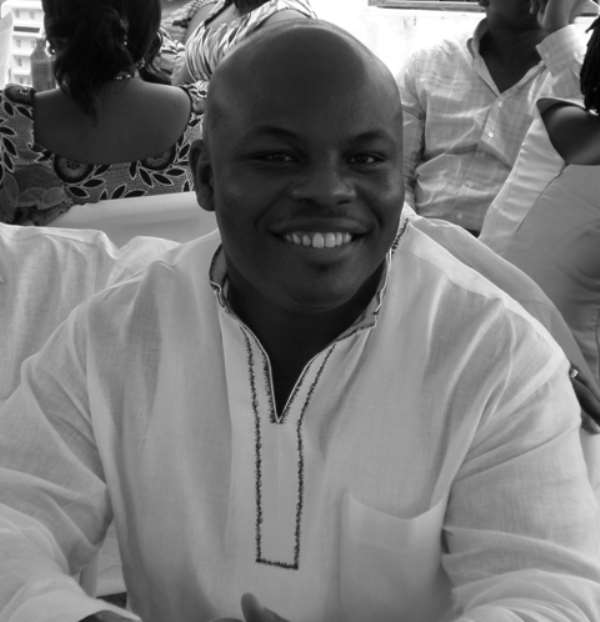 Situated 165 km west of Accra on the Gulf of Guinea with an estimated population of over 70,000 is Cape Coast the capital of the Central Region of Ghana and is also the citadel of the Fanti people.

Early History
Records stipulated that Cape Coast was originally founded in 10th century with a nucleus around the Cape Coast Castle, now a World Heritage Site.

From the 16th century the city acted as a conduit through which Europeans made contact with the southern part of Ghana seeking gold and other precious natural resources to feed their industries. Through trade, the Fantis had the rare privilege of interacting with the British, Portuguese, Swedish, Danish and the Dutch.

The British based their operations in Cape Coast till they were expelled, due to severe opposition to the "window tax" in 1877 by the indigenes of Cape Coast. Incidentally, this was also where most slaves were held before their journey to the Americas and beyond.

In contemporary times, numerous attractions that abound in this town include a series of Asafo Shrines, Cape Coast Centre for National Culture, the Oguaa Fetu Afahye harvest festival and the biennial Panafest theatre festival, not forgetting the London Bridge. Others are the Mfantsipim Senior High School, which is the oldest in Ghana. Indeed, Cape Coast has some of the oldest and enduring educational institutions in Ghana today. Most prominent Ghanaians, living in Ghana and the diaspora got their educational foundation in the Cape Coast municipality.

King Aggrey of Oguaa
One such personality who seems to have been relegated to the background despite his outspokenness and relentless opposition to colonial rule was King Aggrey of Oguaa (Cape Coast). His contribution to the independence struggle is unprecedented.

Known in private life as John Aggrey, he was born in 1809 to Joseph Aggrey. He learnt to read and write without any formal education. By 1840 he had taken interest in the events which were to lead to the formal conclusion of the Anglo-Fante Alliance.

It is on record that King Aggrey was the first King in the 19th century to really challenge the legitimacy of British authority and jurisdiction. In so doing, he organized systematic protests against the British administration of the Gold Coast which inevitably earned him the accolade as one of the African political martyrs of British imperialism.

His activities greatly attracted the support of the educated elite who supported the traditional order and used its institutions to check what they considered the arbitrary expansion of British authority. Shortly after his coronation as King of Oguaa in February 1865, he wrote to the Governor that “in the eye of the law, Cape Coast is not British territory”. He clearly spelt out his objection to cases from his court being sent on appeal to the British courts on the grounds that traditional authority “existed before the Cape Coast Castle itself was erected, and the grounds on which the Castle stands was originally taken from my ancestors at an annual rent”.

In an effort to resist British domination and enforce unity, the Fanti chiefs realized the best way forward was through a coordinated effort; this led to the formation of the Fanti Confederation.

The formation of the Fante confederation was partly due to the treatment meted out to King Aggrey. He bitterly complained of Mr. Conran, a British Administrator, for the lack of respect for his authority as “King of Cape Coast.” In September 1865 he again complained, concerning an attack on the people of Cape Coast by the West Indian garrison of the Castle, during a riot which occurred on September 4. Enraged, Mr. Conran subsequently caused King Aggrey's arrest and exile to Sierra Leone for trial.

In one of the letters, that partly reads:
The time has now come for me to record a solemn protest against the perpetual annoyances and insults that you persistently and perseveringly continue to practice on me in my capacity as legally constituted King of Cape Coast….. However much you wish to have me and my people under martial law, you will never have that pleasure…….it is impossible for me to endure your tyranny, annoyances and abuses any longer; nor will I be subject to the disunion that you are daily endeavouring to create amongst my chiefs and elders.

Though exiled for trial in Sierra Leone, Aggrey remained defiant until he became very sick in March 1869 and hurriedly repatriated by the British authorities. On his return home, he renounced his claim to Kingship and died later in Cape Coast.

It was the general resentment of British jurisdiction on the coast which strengthened Aggrey's hand. The local British position was further weakened by the recommendation of a British parliamentary committee in 1865 that the British should withdraw from the Gold Coast. Aggrey knew of the recommendation, because he had sent two commissioners, Joseph Martin and D.L. Carr, to testify before the committee in London.

They, together with Thomas Hughes and other educated Africans, helped the chief in his protests. Before long, it became clear that, the British had not kept their part of the bargain struck in the Bond of 1844. Aggrey and his advisers were demanding self-government.

The British, who were impatient with educated Africans, felt that Aggrey had gone too far. But the British themselves realized that they had no power to proceed with the case. Samuel W. Blackall, Governor-Chief of the British West African settlements, therefore, tried in vain to secure Aggrey's submission, first by persuasion, and then by threats.

Conclusion
King Aggrey is a worthy forerunner and a nationalist who fought fearlessly for the emancipation of his people. He willingly gave himself to the service and foundation of this nation. As we celebrate our 54 years of independence, it is imperative that we take a sober reflection at what transpired long before most of us were born. We must cherish the independence we now take for granted. Let us resolve to unite as a nation, do away with divisiveness and celebrate our heroes.

The Author is a staff of the Information Services Department (ISD), of the Ministry of Information. Head Office-Accra. Email:[email protected]