The Martyrs of our independence – 28th February 1948 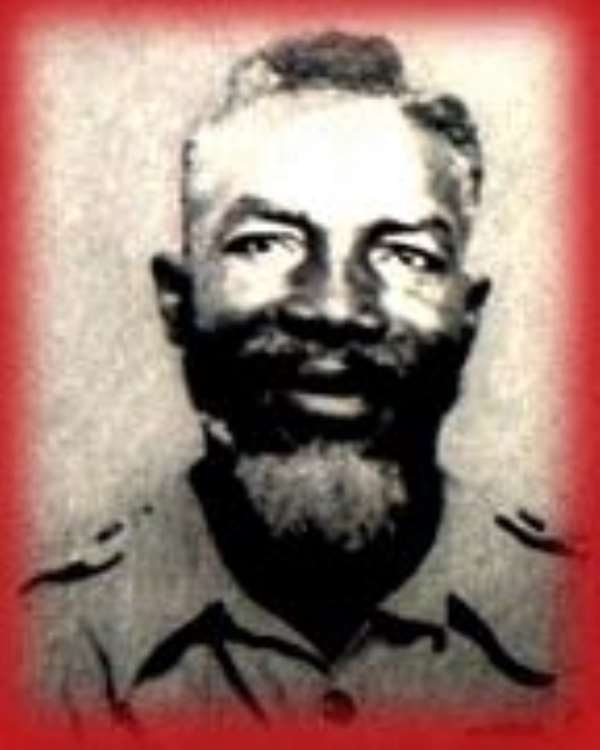 Lift high the flag of Ghana,
The gay star shining in the sky,
Bright with the souls of our fathers,
Beneath whose shade we'll live and die!
Red for the blood of the heroes in the fight,
Green for the precious¹ farms of our birth-right,
And linked with these the shining golden band
That marks the richness of our Fatherland.

The words of our first National Anthem, abandoned after 1966 explains that the red in the flag signifies the blood that was shed by heroes in the fight for our independence. But who are these heroes adn how have we honoured them. Have we so soon forgotten Sgt Adjetey, Lance Corporal Attipoe and Private Odartey Lamptey, who unlike our politicians who led us to independence paid with their lives so that we should be free?

The 28th February Road that leads to Christiansborg Castle at Osu, was the seat of government in 1948 as it is now. The actions of that day triggered a series of events that led to our independence and we should learn to honour the heroes and others who played a significant role in those events.

The non violent march by ex-service men was meant to present a petition to the government about the decision not to pay them the normal gratuity that had been paid to their British colleagues who served with them in the previous world wars. This non payment had left some of them destitute and others had to sell their guns before they could eat. These marchers felt that the British government had not treated them fairly and were protesting about the non recognition.

The Police Chief panicked when he say the protesters at the cross roads to the castle and without warning gave the order for live ammunition to be used on the protesters. Three men fell that day: Sergeant Adjetey, Lance Corporal Attipoe and Private Odartey-Lamptey were shot dead.

The killings coincided with another event, the boycott by Mr Theodore Taylor, best known as Nii Kwabena Bonney, Osu Alata Mantse, an African merchant prince of shops belonging to the Association of West African Merchants; AWAM, made up of British shop owners, whose price fixing cartel disadvantaged African merchants.

The news of the slaughter and the confusion after the events led the youth to loot the AWAM shops on a massive scale. These were the events that led to a declaration of martial law, the jailing of the Big Six and the setting up of the Watson Commission that delivered a constitution for our independence.

But whilst we continue to honour and celebrate the Big Six for their role in our independence we have not accorded the same status to those who actually shed their lives as heroes of our independence. Where is the monument to their memory?

Very few know the graves of these heroes, though one of my elder friends, Numo Nortse Amartey has pictures of how he has rehabilitated the grave of Sgt Adjetey and reminds me of the yearly pilgrimage he pays to lay a wreath at his grave.

Is it not ironic that these people who were protesting about the neglect of the colonial government should continue to be neglected by the successive governments though their blood paid for our independence?

On this anniversary of their passing, i call on the government of Ghana to honour Sgt Adjetey, Lance Corporal Attipoe and Private Odartey Lamptey with a fitting monument and celebration of the day on which they laid their lives in the service of our independence.

I also call on the government to rename the International Airport in honour of Nii Kwabena Bonney.

Ade Sawyerr is partner in Equinox Consulting, a management consultancy that provides consultancy, training and research that focuses on formulating strategies for black and ethnic minority, disadvantaged and socially excluded communities. He also comments on social, political and development issues. He can be contacted by email on [email protected] or his blog athttp://adesawyerr.wordpress.com