Hon. Dakuku Peterside: The House of Representative Candidate and His Political Movement. 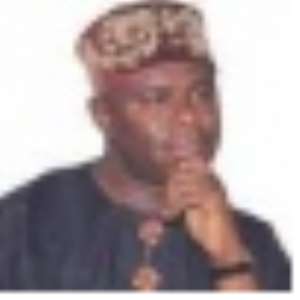 Hon. Dakuku Peterside: The House of Representative Candidate and His Political Movement.

Hon. Peterside worked as a Special Assistant to the Rivers State Governor on Student and Youth Affairs from 1999-2002, as Chairman of Opobo/Nkoro Local Government Council from 2002-2005. He was the Chief Executive Officer of EL-DARL Engineering Ltd from 2005-2007. He had previously served as a member of the Board of Centre for Black and African Art and Civilization CBAAC.

He was the Executive Director of Development and Leadership Institute DLI. Politically, he had served as the State Officer of the Defunct All Nigerian Congress ANC as well as Democratic Party of Nigeria DPN. He had held the position of a Youth Leader in Dr. Peter Odili Led Restoration Team, a political pressure group that supports and held sway during Dr. Peter Odili's administration in Rivers State.

He has also served as Editor and columnist to some print media outfits.

Hon. Dakuku Peterside who has been the Commissioner of Works in Rt. Hon. Chibuike Rotimi Amaechi administration for over 3 years and presently the Peoples Democratic Party House of Representative candidate for Andoni/Opobo-Nkoro Federal Constituency in the forth coming April general elections cuts the picture of a politician who is appreciative.

After defeating his fellow contenders for Andoni/Opobo-Nkoro Federal Constituency during the PDP Primary in Rivers State, he treated his numerous supporters under the aegis of Real Choice for Change Campaign Organization to a sumptuous dinner and expressed his gratitude this way, “I have called you specifically to thank you because you have set a precedent for change in our constituency. You have all joined hands to convince the whole world that a change can be made without shedding blood. This attitude is what we must carry over to the elections in April. I will not forget your sacrifices and contributions to my eventual election to represent the Andoni/Opobo-Nkoro Federal Constituency in the House of Representatives after the April poll; you must regard my victory as your victory and work for the overall success of the PDP and all the party's candidates in the forthcoming general elections.”

A non-violent per excellence politicians, Hon. Dakuku Peterside knows the worth of human blood and life and that is why he has continued to preach for peaceful conduct of the recently concluded PDP primaries and forth coming election to all and sundry in order to perpetuate and sustain the democratic experiment. Hear him: Electoral victories like mine could only make meaning when it is won without violence. I abhor violence; no victory in any election and indeed in any human endeavour in life is worth the blood of anyone; no victory is worth the life of any person.”

In an unprecedented move, first in the history of his constituency, he embarked on the visit of 70 churches to thank God for His immeasurable goodness having served as a Commissioner of Works in Governor Chibuike administration for close to four years.

In an effort to keep to the time of the day's exercise, Mr. Goddy Peterside led another group to hold thanks giving service at the Greater Evangelism World Crusade, St. James' Anglican Church, Ataba and St. Andrew's Christ Army Church, Dema also in Andoni.

In the same vein, Barr. (Mrs.) Elima Dakuku Peterside led another equally powerful delegation to churches at the Opobo axis of the federal constituency, where her team worshiped at Eternal Sacred Order of the Cherubim & Seraphim Church; The Apostolic Church; Christ Army Church; Church of God Mission; Solid Rock Kingdom Church; and St. Paul's Anglican Church, all in Opobo Town.

At all the churches the candidate, his spouse and their delegations visited; it was prayers and showers of blessings for Warisenibo Dakuku Peterside.

In a press statement by Mr. Chrisfine Bone, the image maker of Hon. Dakuku said that at the St. Phillip's Anglican Church, Ekede where his principal took the first Bible reading, the Vicar, Venerable S.L. Ntile admonished Hon. Peterside to remain steadfast in his love for God so that all things shall continue to be well with him.

“Do not be afraid; you will win; you have honoured God today, God will honour you forever,” the man of God decreed.

As a Commissioner in Governor Amaechi's administration before his decision and resolution to contest for Andoni/Opobo-Nkoro Federal Constituency in the forth coming generation elections, he used his position to attract state government project in Opobo. One of such projects was the sand filling of Opobo New Layout, a project his community will ever grateful to Governor Amaechi. At the time he was the Caretaker Committee Chairman of Opobo/Nkoro Local Government, he impacted positively in development of his people. As a result this, coupled with his non-discriminatory behaviour a rare award (Honourary Life Membership of the Opobo Legislative Assembly) was conferred on him.

A politician who has the interest of the youth at heart, Hon. Dakuku Peterside oftentimes make personal sacrifices to put smile on the faces of the youths, this accounts for the strong supports he has been getting from them. At the onset of his campaign preparatory to the PDP primaries in Rivers State, a youth political pressure group (Rivers Youth Alliance) that backs him has this to say: “We find the efforts of Dakuku Peterside to positively impact on the lives of youths of Rivers Stateas unprecedented because no other politician at his level, now or in the past, has done so much to better the lot of the average youth in the state.

“Hon. Dakuku Peterside is a huge asset to the youths of RiversState and that is why we are saying that we the youths of Rivers State need him even more than his constituency needs him. We need him in Abuja so that he will use his connections and network to attract programmes and projects that will positively affect the lives of every youth in the State and not just the people of his constituency. We know he can do it because he has done it before.

“Every time we were in problem and approached him as our last hope, he would deny himself his earnings as a Commissioner just to solve our problems. Few people, if any, have done this before; Dakuku is a jewel for the teeming youths of Rivers State, the group declared”.

No doubt Hon. Dakuku Peterside has not only won the heart and mind of the youths but also that of his constituency, it is only the imagination of the mind where he will be after the 2011 April general elections.