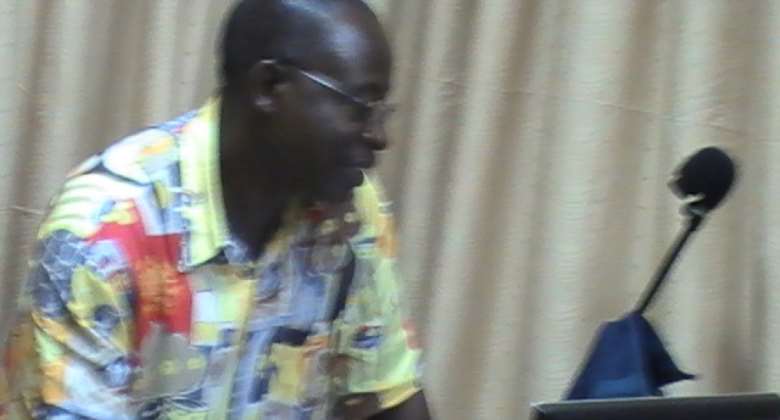 ARE LIBERIAN JOURNALISTS AWARE??
With Joe Noutoua Wandah
The practice of Journalism the world over has and continues to be in partnership with the government of the day because they work hand in hand for the betterment of that given society or societies. The fact remain that the practitioners are considered being the members of the forth estate thus making them to be a serious stake holder that has been empowered to crossed checked activities of government and societal related activities by way of disseminating the flow of information's void of biasness and many more.

Are Liberian journalists aware of those deep rooted problems that has characterized the organization in recent passed to the extend that practitioners kind of divided on issues that those of good reputation and meaning well for the organization term to give cold shoulder because of this divisiveness that has engulf the entire organization.

From where I sit and observed as a are practitioner myself I must admit absolutely nothing is wrong with government aiding the Press Union of Liberia especially in giving her a face lift in term of her own headquarter in alleviating this age old problem of rental that has over the years had been the situation with the passed and present regimes.

Liberian journalists are people of better minds and I am of the strongest conviction that they will never sell the consciences because the government of the day has offer to help construct her headquarter to be a respected body as is and has been done in most part of the world and a case in point is Ghana.

The situation that many sceptics within the ranks and files of the Union is not only limited to Liberia as Ghana is a cleared case in point with the then John Koffour led National Patriotic Party government made available building that houses now the office of the Ghana Journalists Association and the press there are not completely compromised. Practitioners are out and about doing their journalistic work despite government assistance to the Association. By the way the issue of independency in the press the world over is something that is far from the truth and its require debate as informtion from even developed Nations do have their part to play when it comes to what many called the independency of he media!

It will surprised those of the practitioners here to note that media houses in Ghana don't pay duties for printing equipments as it is the government ways of empowering individuals or entities that are into medias related businesses.

Liberian journalists in post-war Liberia are well meaning and as such most of the practitioners are independence thinkers and are not willing to compromise would be assistances from central government. Liberian journalists must realize that individually the practitioners are not to the task to do their own media empire they stand in need of government assistance and those well to do people in our society.

Certainly, there are many challenges that face the practitioners including low salaries structure, non existence benefits in almost all of the privately own institutions unlike what is happening to people within the profession in neighbouring countries like Nigeria, Ghana, Ivory Coast etc that are empowered both financially and benefits wise that can enable a local reporter in there countries to purchase vehicles, housing on loan and medical benefit for their entire beneficiaries.

Yes the argument will be Liberia just emerged from war so it will take time to get there, but there development comes when the people involved with policies making are willing to invest in the local markets thus empowering the locals to venture into employment.

Regrettably, the President of the Republic of Liberia has on three difference occasions stop at the site that the Press Union of Liberia building under construction from the US$100.000.00 she give as a personal contribution to the Union to enable her have own facilities!

I am of the strongest conviction that Her Excellency meant well for the Union being a long time advocate and has been following the track records of the Union and thought it expedient to extend that gesture with no string attached.

I was then out of the Country when the President made this donation to the Union but was following the trends of events on the net being a long time member of the Union and is still in the practice of this noble profession. I indeed cherished the hands of friendship extended to the Union by her because since the formation of the Union she has been considered by successes regimes as a radical group bent on criticising government no matter what.

But again I thought expediency clouded with maturity would have allow the Union leadership at the time and those membership that has had the third eyes to see reasons to allow the construction of the offices because I believed that giver intention was for the Union to be housed.

Fellow practitioners this is a noble profession that we all choose to pursuit and allowing ourselves to go gutter with issues that could be handle with maturity for the betterment of the Union we will definitely not go any further no matter what.