*Welcome to the new crop of black parliamentarians 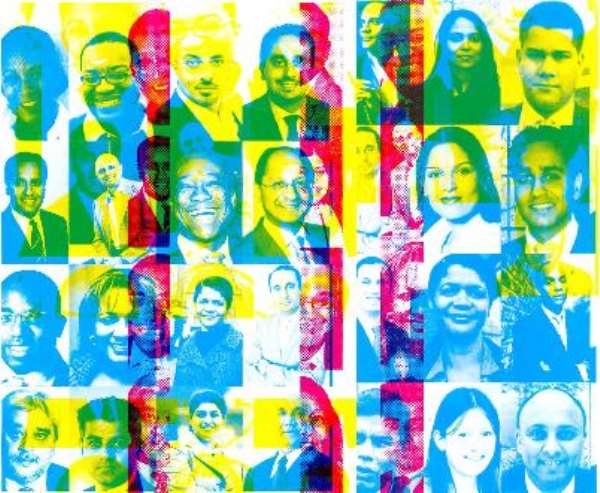 In 1983 some Black candidates who attempted to stand for the Labour Party were deselected because their selection involved Black Sections, a group within the party that had not been endorsed by the leadership.

To some of us, 1987 represented the fulfilment of the Black political struggle in Britain when four black people took their seats in the Houses of Parliament. That this happened under Margaret Thatcher who, barely ten years earlier, talked about the 'swamping' of this small island by numerous people from the New Commonwealth, was in itself a remarkable achievement.

The Class of 1987, comprising Paul Boateng, Keith Vaz, Diana Abbot and the late Bernie Grant were community activists, championed the cause of racial justice. We remember Vaz leading many marches within the Asian communities fighting for recognition and acceptance. We remember Paul Boateng's television documentary 'May the Force be with you', that dealt with policing at protest marches, and his his victory address: “Today Brent South. Tomorrow Soweto!” We also remember the famous words of Bernie Grant after the Broadwater Farm riots, and we remember with fondness Diana Abbot with her full head of Afro hair and a clenched fist talking about racial equality and Black Sections at Labour Party conference. These were people with a passion for the politics of race equality who helped transform racial justice in Britain;

Boateng went on to become a member of the Cabinet and Abbot, Labour leadership hopeful, has continued to battle for the cause of young black people and their performance in the education system and for black women in business. Vaz continues to be robust in his support of cases where he feels that members of his community have been unfairly treated.

Unsurprisingly at the time, most of them stood in seats that had very high proportions of black people in the population and their communities were easily an extension of those constituencies.

Their election effectively shattered the 'glass ceiling' and signalled a new chapter in the course of race equality.

It was a coming of age and a call for other worthy black people to seek political office in whatever shape or form.

Some of us had hoped that in 1997, there would have been a call to add a 'Black list' to the 'Emily list' that took a wave of white women into parliament on the basis of women-only short lists in the Labour Party. Sadly at that time Labour's promise was more about gender equality than race equality.

1987 now seems so long ago and we take a lot of things for granted from the days when Lord David Pitt was the only Black representative in the House of Lords. Although there is still underrepresentation of Black people in politics, we have made a lot of progress if not nearly not as much as we should have done. We now have Black people who are on both front benches in parliament.

Before the recent elections we had over 38 peers four MEPs and 15 MPs representing the different shades of political opinion in the country and elected in different types of constituencies, from urban areas to those that are seen as lily white suburbia and rural rustic areas.

The perception of race equality is still as important as the reality. The political parties, barring the BNP, are steadily increasing the number of Black elected politicians.

Black people viewed the 1987 corps as our own; we expected them to attend our functions even when we had not bothered to invite our local MPs.. We found ways of trying to talk to them about our problems outside their surgeries that were meant for their constituents and we felt hard done by when we were rebuffed with the kind suggestion that we approach our own MP.

With the subsuming of the race agenda under the banner of 'equalities and human rights' and the new-fangled terminology of 'diversity' that only serves to put race at a competitive disadvantage, there is now even more reason to champion and promote race equality.

Whilst the increase in representation was all that we craved for in 1987, what we demand now is for that representation to be translated into tangible benefits because we cannot afford the gains of all that hard work and sacrifices to be rolled back. We need more than the symbolism of their representation. We need an effective campaign and fight for racial justice.

We should remind them that as visible minorities their obligations extend beyond their constituencies to the wider Black communities and they must at all times lead on race issues.

We should task them to work towards removing the ethnic penalty in earnings suffered by black people in the labour market, we should ask them to work towards curing the inequalities in the health sector, we should alert them of the need to decrease the overrepresentation of black people in the criminal justice system, and to eradicate underachievement in the educational system.

We know that there will be exceptional and talented ones amongst the new class of Black MPs and we wish that they will rise up to the challenge and rise to their highest ranks in the ministries and in the Cabinet but we ask that in so doing they ensure that their individual aspirations are congruent with the aspirations of the whole Black community and that their individual successes should lead to the upliftment of all black people in Britain.

Ade Sawyerr is partner in Equinox Consulting, a management consultancy providing consultancy, training and research that focuses on strategies for black and ethnic minority, disadvantaged and socially excluded communities. He also comments on political, economic and social, and development issues. He can be contacted through www.equinoxconsulting.net or email him at [email protected]

* Published in OBV News Issue 5 Summer 2010 as 'Great Expectations: To whom are our MPs accountable?'