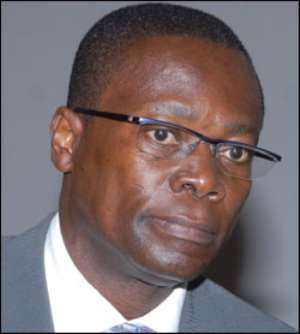 Dr. Yankey, former Minister of Health, is seeking an order of certiorari to quash the decision by CHRAJ to suspend the public hearing of allegations of corruption against seven former officials in the Mabey and Johnson (M&J) case.

He is also seeking an order of mandamus directing and compelling CHRAJ to perform its constitutional and statutory duty by granting him an expeditious hearing in the case.

According to Dr. Yankey, CHRAJ's refusal to hear his case constituted blatant and flagrant violation of his constitutional rights and freedoms as enshrined in the 1992 Constitution.

At the court's hearing on Friday, Thaddeus Sory, who represented CHRAJ, contended that the Commission would only commence hearing when the court had given the green light, adding "the commission has not denied him his rights under the constitution".

Mr. Sory said Dr Yankey's application had not established right under the Constitution to warrant a writ of Mandamus, adding there had not been an unreasonable delay in the commission's hearing.

Mr Sory said CHRAJ was ready to hear the case but for the order of prohibition hanging around its neck.

Kwame Gyan, Counsel for Dr Yankey, who moved the application, told the court that each of the respondents in the scandal were standing in their personal capacity and "there is no joint or several liability."

"Let us decouple his matter from the rest involved and treat each on its own merit," he said.

Earlier in an affidavit in support of a motion on notice for the enforcement of human rights, Dr. Yankey noted that CHRAJ's failure to hear him was causing pain and anguish, hardship and suffering as there was no clear indication from the commission as to when the public hearing would resume.

Dr. Yankey is contending that as a young professional, and a former Cabinet Minister, he had to resign following the commencement of investigations into the allegations on October 29, 2009 to devote time to clear his name.

CHRAJ was investigating seven former officials in respect of allegations of corruption during the operations of M&J Limited in Ghana.

However, public hearing by CHRAJ was halted following an order of prohibition application filed by six out of the seven former officials.

In the motion filed by Mr. Kwame Gyan, counsel for Dr. Yankey, he noted that on February 15, 2010, CHRAJ wrote a letter inviting his client for public hearing on March 15.

On March 15, Dr. Yankey said he appeared before the commission with his counsel but counsel for the other persons being investigated, with the exception of him (Dr. Yankey), raised objections on the grounds that they were not public officials at the time the acts of alleged corruption complained about was committed.

After the first public hearing, the Commissioner of Human Rights, Mr. Emile Francis Short, who is Chairman of the panel conducting the public hearing, granted live televised interview on Metro Television in which he allegedly discussed the on-going public hearing.

According to the six officials, the Commissioner's statements were pre-judicial.

During CHRAJ's sitting on March 29, it ruled that because of the order of prohibition, it would not hear the matter and adjourned it to Wednesday, April 7.

Subsequently, on Thursday, April 1, CHRAJ wrote to Dr. Yankey that because of the application for review which had been filed at the High Court by the six former public officials, the public hearing had been suspended.

According to Dr. Yankey, unless CHRAJ was compelled by the AFTHC by an order of mandamus, it would continue to trample on his rights with impunity, leaving him without recourse.