Zahi Hawass states Egypt’s claim on the return of antiquities 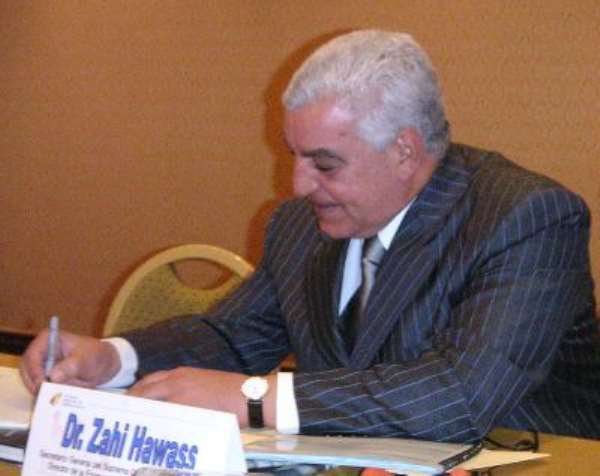 In truth, I had no desire to wade into this battle, but I told the media that Egypt is demanding the return of six individual antiquities, and that the real home of these artefacts is their native Egypt. These six antiquities are; the bust of Queen Nefertiti in Berlin's Neues Museum, the Rosetta Stone at the British Museum, the Dendera Zodiac at the Louvre in Paris, the statue of Great Pyramid architect Hemiun in Hildesheim's Pelizaeus Museum, the bust of Prince Ankhhaf in Boston's Museum of Fine Arts, and the statue of King Ramses II in the Turin Museum.

In my opinion, these antiquities are incomparable icons of ancient Egyptian civilization, and so Egypt has the right to recover them, especially given the circumstances surrounding their removal from their native land. I am one of the most vocal opponents of those who say that these antiquities are the property of the country or the museum that they reside in because this is nothing more than one episode in a persistent series of thefts that have seen the antiquities of the Nile Valley being smuggled to rich countries that exploit either the financial or political conditions of a country that has an ancient cultural heritage, until the museums in these [rich] countries have become filled with our antiquities.

The time is ripe for the people of this great civilization to demand the return of their stolen antiquities. This is something that has received strong opposition from the trustees of foreign museums; in fact they have tried to incite public opinion against me by saying that I am calling for the return of all Egyptian antiquities. In truth, I [merely] hope for the return of each of the antiquities [mentioned above] to Egypt, and any antiquity stolen from Egypt following the 1970 UNESCO Convention [on the Means of Prohibiting and Preventing the Illicit Import, Export and Transfer of Ownership of Cultural Property].

I myself attempted to discover the intentions of these museums and expose them to public opinion. For this reason I said that we [the Egyptians] wish to display this artefact [the Rosetta Stone] for a period of three months following the grand opening of the Grand Egyptian Museum which is scheduled to open in five years. As for the bust of Nefertiti, we asked permission to display this at the grand opening of the Akhenaton museum, for of course Akhenaton was the beautiful Queen's husband. However, the strange thing is that while some of these museums politely refused our request, such as the Boston Museum of Fine Arts that said that the bust of Prince Ankhhaff was too fragile to travel, and the Louvre Museum that indicated that it would be too difficult to remove the Zodiac from the ceiling [where it is displayed] and offered to loan another artefact in its place, the British Museum sent a message saying that it wished to know more about the security measures of the museum that would display the Rosetta Stone, and that this is something that is stipulated by English law.

This is a ridiculous response, because the Grand Egyptian Museum will be one of the most modern [and secure] museums in the world…and this response is one of the reasons that compelled us to insist upon the return of the Rosetta Stone to Egypt; this is our legitimate right, and the Rosetta Stone is part of ancient Egyptian civilization.