OF JERRY RAWLINGS, TB JOSHUA AND THE ‘SLOW’ PROF 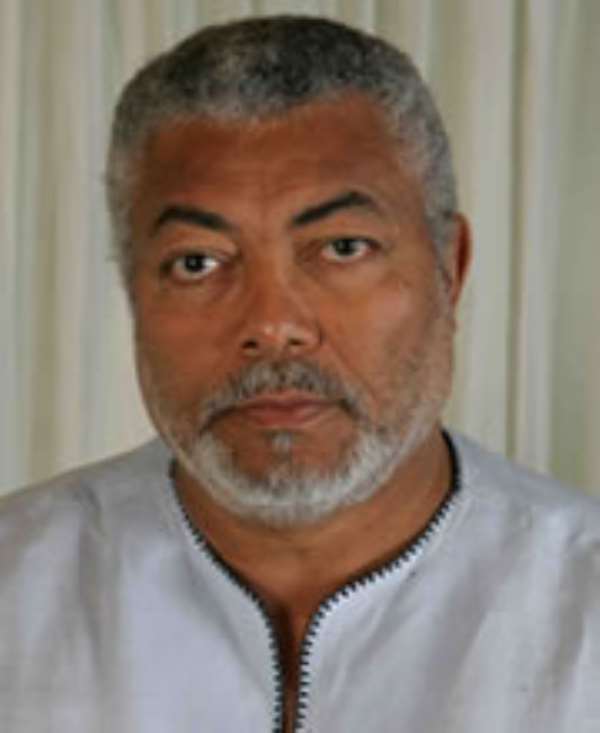 Media in Ghana has run agog with the recent 'Rawlings ranting' against Prof Mills, one of the invectives hurled at the president referring to the uncanny intimacy of his relationship with the renowned Nigerian prophet, TB Joshua. Rawlings is said to have angrily advised some of his party members to refer their complaints to the 'man who sits at the Castle and listens to T.B. Joshua alone', insinuating that Mills is a closed book when it comes to his advice on national issues.

Despite the obvious irony, I believe a perusal of these words highlights a positive perception of the president, considering the fact that many had doomed him as easy prey to the puppeteering antics of his former boss. The consensus of many an analyst before his assumption to office was that Mills would act as the mouth and Rawlings the mind if NDC were to regain power, a prognosis that alarmed many. Thankfully, Prof seems to be standing his ground, thoroughly infuriating JJ in the process.

Thus, the recent tirade, distastefully smothered in attempted bullying tactics, clearly expresses the latter's aggravation at failing to have his way. Mills appears more independent minded than initially assumed, unmoved by the towering demeanour of his outspoken 'godfather'. Jerry is angry that his 'boy' is not jumping to his bark in the manner he had anticipated when fronting him for the NDC presidential candidature. Unable to surreptitiously enforce his schemes behind doors, he has decided to publically vent his frustration in the hope that creating a sense of disunity and restlessness within party ranks might sway Mills to hearken to his whims. He even went to the extent of saying the Atta Mills-led government lacks the “revolutionary spirit to govern the country”, describing the president as “dull” and “slow”.

Though Mills apparent slowness in instigating promised reform has irritated some members of the public who cry incessantly for immediate change, a feat of obvious impossibility within such short time confines, I believe his refusal to be dictated to by Rawlings' manipulative tactics is indicative of the clearness of vision and strength of character necessary to steer the Ghanaian ship forward to her promised land. While not a man of vibrant charisma or polished looks, history has shown character and principle tend to mould more lasting legacies than gift and external endowments. With focussed action, personal discipline and Ghanaian's support, I believe his will be a case of 'slowly but surely'. I once heard a wise man say, “Your exit will be remembered longer than your entry” – a poignant word all swift critics (JJ inclusive) need to consider. The test of time will tell.

Pertaining Mills perceived over-reliance on Nigerian Pastor TB Joshua, it would also be too early to arrive at judgement. But if Joshua's reputation for large-heartedness and concern for the welfare of the less privileged influence Mill's decisions in governance, I can only assume a positive outcome. After all, TB Joshua's words at Mills thanksgiving service at his famed Synagogue, Church of All Nations, were not with subtle political undertones but rather that of exhortation to Mills to support charitable organisations that spend 'less on themselves and more on others'.

Judging by what is shown on his television station Emmanuel TV, I don't believe the Nigerian prophet is snidely attempting to use this exalted relationship for personal gain and fame. He doesn't appear the money-mongering type who lavishly hops from country to country in private jets and hummer jeeps. In fact, if the consistency of accuracy in his prophetic revelations is anything to go by, as attested to by Mills himself, Ghanaians should be thankful that their president will have advice from the spiritual perspective. In our age of decadence, God's opinion is surely a worthwhile asset.