What Can Obama & Ghana do for Each Other? 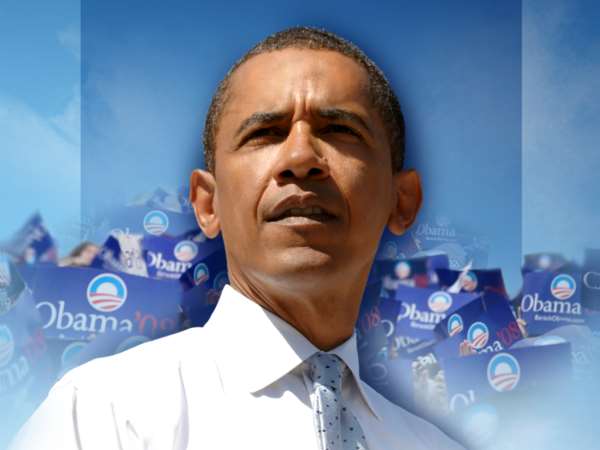 When President Barack Obama steps foot in Ghana on the 10th of July 2009, he will be walking into one of the very few global contexts where George Bush will be a hard act to follow: “development aid to Africa”.

The shocking fact, for many a Western Liberal or African Development Activist, is that George Bush Jr. gave more so-called “development aid” to Africa than any American President in history.

In 2006, when the man synonymous today with cluster bombs on the Hindu Kush announced a goal to take annual American assistance to Africa to the $9 billion figure, observers scratched their heads in befuddlement, and perplexed about the connection between neoconservative doctrine and geopolitical do-goodism refused to analyse any further the implications for the African continent.

The elite of the global development industry however had no option but to take notice. Even the Center for Global Development had to issue a rare endorsement. Stanford recently admitted that the program had saved a million lives. The praise could not be withheld simply because some of the undertakings were truly breathtaking. In 2003, Bush challenged the US Congress to commit as much $15 billion - nearly the current GDP of Ghana and certainly more than the entire health budget of sub-Saharan Africa outside South Africa – over five years to the cause of reversing the spread of AIDS across Africa and the Caribbean.

In 2008, the Showboy from Texas upped the ante. He initiated the Lantos-Hyde legislation with an undertaking to spend $48 billion towards the mission of significantly reversing trends in major communicable diseases, such as malaria and tuberculosis. Because more than 80% of the voted funds were targeted at HIV/AIDS, Africa stood to benefit more than any other region, and even though the bulk of funding was supposedly slated to be spent in 15 'focus countries', in practice several non-focus countries like Ghana and India have benefited.

Criticisms about the ideological elements of the US President's Emergency Plan for AIDS Relief (PEPFAR) (in particular, those that appear to promote a 'Bible Belt' – like emphasis on morality-related prevention strategies) did not succeed in diminishing the stature of the program as a striking departure from the familiar Bush record in international affairs. So much so that President Obama's decision to lengthen the funding cycle of PEPFAR, and his initial budget provision of less than 10% of the Bush-era annual commitments have already begun to draw the ire of Activists, many of them staunch supporters of the President on other issues.

The truth though is that programs like PEPFAR, their strong humanitarian appeal notwithstanding, are unlikely in the medium-term to be the source of the institutional strength African health systems need to be able to provide substantial care to the vast majority of their patients. For instance, it is widely known that chronic malnutrition and unwholesome drinking water are triggers, context definers, and corollaries of most of the epidemics programs like PEPFAR seek to combat, yet they are rarely amenable to the mechanisms present in such programs.

Given how much money has been channeled through PEPFAR (the first phase overshot its budget by as much as $3.5 billion), there is little indication that public health institutions in Africa have been strengthened to take charge of the struggle against the targeted epidemics any more than was the case prior to 2003 before the sharp surge in funding.

This paradox of intent being thwarted by results–undermining 'extraneous' factors frequently dogs not just donor-led public health efforts but most so-called development aid programs generally. We mean of course 'development aid' as presently construed and practiced. Loud campaigns to reform and make Aid more effective (the so-called Paris Agenda) notwithstanding, the reality is that the Aid logic does not admit of the need for a self-destruction fuse. Nobody can point to a single credible strategy produced by any section of the Aid industry to 'phase out' development 'Aid' over any period.

Every country on Earth can fall into circumstances where emergency or humanitarian assistance is necessary. Every individual can fall upon hard times and require the charitable hand of the state or a benefactor.

But when an economy has been so-designed to 'partner' with a system which does not foresee its own demise and yet insists on close integration with all the moving parts of aforesaid economy, then you can be assured that perpetual dependency is the only outcome. This is the simple fact that pro-Aid activists, even the clearest-eyed amongst them, fail to appreciate: the close integration of development aid logic with the public administration of poor countries ensures that those poor countries systematically take on the character of an appendage to a feistier and more self-aware system, the aid panopticon.

President Obama should therefore not see himself as constrained by this Aid logic that makes Bush's legacy, whatever its internal ideology, look like a benchmark, against which he must measure his own intentions and results. Rather he should seek to use the opportunity of his visit to Ghana to look more critically at the evidence presented by the results of decades of Aid-driven intervention.

There are rumours that over his presidency he will choose to emphasise education rather than health as another means of differentiating his approach from the Bush style. He should not bother with such cosmetic trifles.

Ghana, with its perpetual crises in Aid-driven public welfare systems, and Obama, with his reformist zeal, provide each other with a mutually beneficial framework to evaluate the nature and direction of American Aid in the post-crisis developing world.

One approach Obama can adopt in seeking to achieve a meaningful departure from the Bush methodology for foreign assistance would be to strengthen and dramatically expand the role of such US institutions such as Export-Import Banks (EXIM) and Overseas Private Investment Corporations (OPIC), which, among others, provide political risk insurance, loan guarantees, trade finance, and credit to facilitate interactions between American and private sector operators in other, usually poorer, countries.

President Obama would do well to shorn these organizations, and others like them, of most of the vague national security and mercantilist adornments Congress has in recent years saddled them with, in order that they may better play the role of accelerating America's contribution to the economic development of so-called underdeveloped nations.

There has been a growing urge to draw the OPICs and EXIMs of America's foreign policy instrumentation into the same bureaucratic orbit of the traditional tools of America's soft power and strategic influence. By and large, the biggest culprits have been congressional killjoys incapable of appreciating the new realities of the global frontier economy.

The justification is simple: it has now become evident that a credit crunch does not mean a funding crisis for governments but a liquidity trap for private business, especially in emerging markets.

Ghana's economic difficulties, notwithstanding its relative political successes, offer the perfect backdrop for President Obama to announce a new charter of American geo-economic diplomacy, especially as it relates to the African continent. His hosts must insist on this.


By Franklin Cudjoe, Bright B. Simons & Kofi Bentil
The Authors are affiliated with AfricaLiberty.Org, and IMANI-Ghana, a think tank adjudged the sixth most influential in Africa by Foreign Policy Magazine in 2009

Seized rosewood to be used for National Cathedral constructi...
33 minutes ago

Anti-LGBTQ bill gazetted, to be laid for first reading on Mo...
38 minutes ago