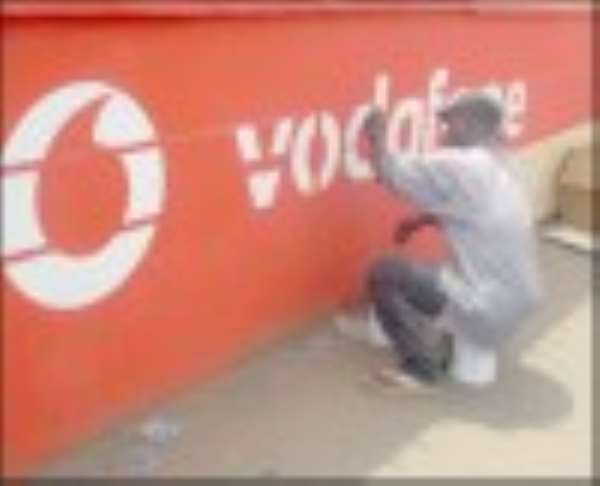 Accra, June 5, GNA - Vodafone Ghana (VF) has created more than 7,000 jobs within its sales and distribution system since August last year and projected a rise in its customer base to five million by the end of the next fiscal year.

“The number also represents contract staff, distributors and direct vendors throughout the country,” Mr Amon Jere, Head Sales and Distribution at Vodafone Ghana, said, according to a statement issued by Vodafone on Thursday.

The company has also projected a 200 per cent increase in revenue over current figures, Mr Jere said, but admitted that the projections were “ambitious but achievable”.

“The fact is we have achieved similar targets in other countries using a similar transformational module; we are optimistic that we can achieve same in Ghana. It is not the first time.”

Mr Jere said the industry dynamics were “very competitive” but stressed that it was Vodafone's nature to be in the frontline and lead in the industry, “and this we do with our people, distributors and customer service delivery”.

Asked if the figures he mentioned were possible to reach, he said: “The job here is highly performance-driven and we have high performers and achievers to reach that goal.”

Mr Jere said the sales department though new, had a core of tough and experienced staff that had what it took to effect the needed turnaround required.

He explained that Vodafone had recruited 14 distributing companies spread across the country.

He expressed satisfaction at the output of the team so far stressing that it was important to know that the strategy being adopted was new to Ghana and, “that the terrain was one which was most congenial for the kind of end result we are looking for”.

Mrs Stella Appiah-Nkansah, Chief Officer, Human Resource Management, said: “We are in the business of recruiting fresh and goal-driven staff to meet the new business direction of the company.”

She said the company has so far employed 207 permanent staff and is still recruiting.

On the issue of the recent Exit Package, she said: “We gave our staff the opportunity to decide for themselves to either continue working for Vodafone or move onto other ventures and businesses.”

“Handsome packages were put on offer and 860 persons decided to move on to other jobs or into retirement.”

She said new people have been recruited and are still being recruited to fill vacant roles and positions.

“We are currently encouraging employees to use their initiative, while running a number of customer care and training workshops to keep pace with customer relations and management requirements.

Since August 2008 almost 2,000 staff members have been trained and many are being re-trained both locally and in other Vodafone establishments across the world.

Ghana not likely to get next batch of COVID vaccines until m...
43 minutes ago