The mirage of the African Union 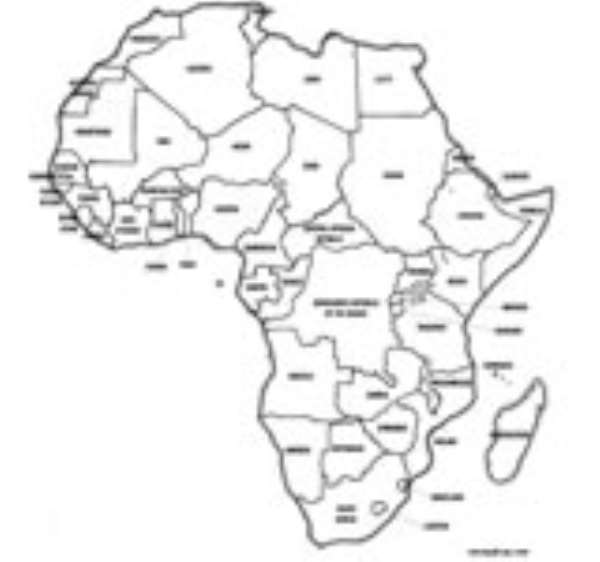 Countries across the African continent devoted May 25 to the observance of the so called African Union´s Day. Few countries, though, have declared the day a holiday and celebrated as such to the neglect of the millions of many hours that could have been put to productive use. Little was heard of the challenges and potential progress that the continent could make in the face of austere financial difficulties. It was the grumpy old self-delusory target of ridding the continent of coup makers and now, state-sponsored terrorism.

Amusingly, Eritrea was the only culprit fingered and suspended for the latter charge whilst others such as Sudan, Madagascar and Mauritania, renegades of true democracy are still plying their violent and near-violent trade against ordinary citizens.

And Eritrea replied, calling the AU a full house of disenchanted musical chairs, notoriously toothless and straight-jacketed thinkers. Eritrea might just be right. For, how is it that the recently elected AU Chairman, Col. Muammar al-Gaddafi made an embarrassing mockery of democracy on the continent when he stated in a keynote address at an AU summit at Addis Ababa, that democracy in Africa only leads to bloodshed. This could be a thought trend for African leaders. In 2005, www.Africanliberty.org editor and executive director of IMANI, Franklin Cudjoe, and debated former Tanzanian President Benjamin Mkapa on the latter´s call for an African clone of democracy and the need to fear globalisation, as it was the final undoing of the continent after slavery and colonialism had their way.

So what else is the AU, an avowed claimant of continental unity, has little to show for? The AU envisages a political and economic integration across all borders devoid of poverty, conflicts, and diseases. Naturally, the various regional economic groups will strive for integration before the entire continent is united. Such a union could affect the livelihoods of the 800 million plus Africans. But we in Africa are our own friends of protectionism. Nigeria and Ghana, next door neighbours within the Economic Community of West Africa still trade in protectionist goods, with Nigeria still maintaining a near-ban of some 74 Ghanaian products from entering Nigeria, while Ghana is demanding hefty down payments for Nigerian tradesmen to enter the Ghanaian market. But Ghana is awashed with Nigerian banks. The Commission for Africa Report 2005 sadly asserts that shipping a car from Japan to Abidjan, Côte d´Ivoire, for example, costs $1,500. Shipping the same car from Abidjan to Addis Ababa, Ethiopia, costs $5,000. Removing regional trade barriers would earn Africa an extra $1.2bn a year, according to the World Bank.

Instead of focusing on removing the log in the eye of the continent, the AU has a mindset that trade ought to be a one-way traffic, with richer countries who also erect annoying barriers to our produce. It is instructive to know that the global economic difficulties have lowered consumer confidence in rich countries and by extension slowed all agri-export-led economies. In April this year, the World Bank Vice-President for Africa Region, Ms Obiageh Ezekwesil, noted that at the beginning of 2008, Africa´s growth rate which was projected at 6.4 per cent dipped to 4.9 per cent. The rate for 2009 now stands at 2.4 per cent.

However, the cacophony of asking for help to weather the raging storm of economic recession has taken centre-stage in the global discussion of stimulus packages. And African leaders are asking for stimulus packages from the staggering West instead of stimulating critical thinking on how to build their own economies from within. However, it seem to have emerged from a recent Economic Conference in Dakar, Senegal, that they are going to rely more on home-grown solutions to these and other problems. These solutions lay not in imposing additional taxes on the 30% visible businesses and small formal sector workers, but ensuring that the close to 70 % of Africa´s underground economy is unearthed and nurtured with low business entry rules, and perhaps taxed a low flat tax regime. Increased corporate taxes on perceived ostentatious products ought to be reflective of the wider implications for government´s own revenue and employment figures. Already many great performing companies on the continent are not salivating at losing employees. An additional tax burden will leave companies no choice but to lay people off.

Ordinary Africans must help African leaders to use AU day to reflect on how to reduce economic intervention in our lives, sensibly regulate financial markets, remove bureaucratic obstacles to setting up businesses, establish property rights and enforce contract law. These are the forces that release entrepreneurial energy to see us through the financial meltdown. There is only one reason why African leaders will do these things- when they are forced to do so as a condition of aid which despite its towering failure to reduce poverty on the continent continues to be supported by activists, whose livelihoods depend on it.