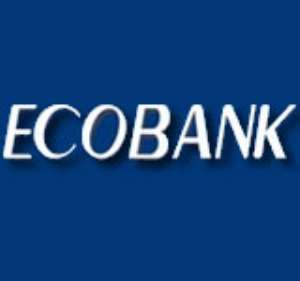 The Ecobank Group has released its results for 2008, which shows a tremendous improvement in the midst of the volatile market. The group posted an all-round strong performance for the year. Gross revenues rose more than 60 per cent from US$697 million in 2007, to US$1.2 billion in 2008.

Profit before tax fell slightly from US$191 million in 2007, to US$162 million in 2008. This slight drop was despite the international financial crisis and the drop in the value of the bank's local currencies relative to the dollar. The group's asset base grew considerably from US$6.6 billion to US$8.3 billion.

“Despite the backdrop of much turmoil in international financial markets, we are today a stronger bank, poised to make continued returns for our shareholders.”

Incorporated in 1985, Ecobank Transnational Incorporated (ETI) is the parent company of the leading independent regional banking group in Africa.