A Fresh Call To Review Russia’s Policy Towards Africa 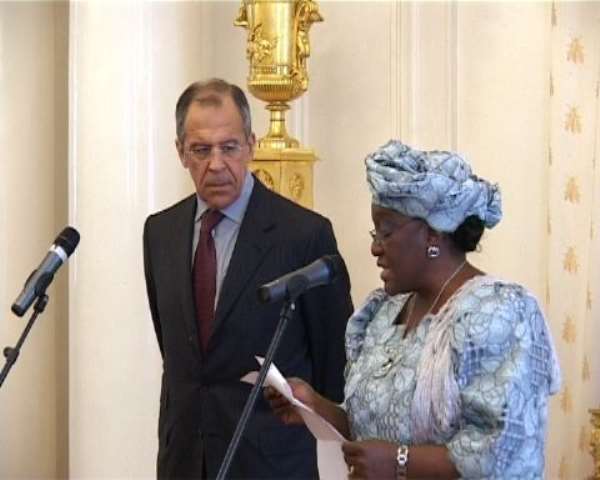 MOSCOW, May 30 – A key issue emerging from the Africa Day celebrations in Moscow this year was a fresh call by the Group of African Ambassadors, an influential policy lobbying group, on Russian Government to seriously review and change some of its policies that are currently implemented in Africa. The group called for more development oriented policies that would help the continent overcome its development problems during a series of high level meetings with Russian government officials including those from the Foreign Ministry and Federation Council.

During the group's meeting with the Federation Council, the Upper Chamber of Russian legislators, the Ambassador of the Republic of Sierra Leone to the Russian Federation and the Head of the Group of African Ambassadors in Moscow, Mrs Melrose Kai-Banya noted in a policy paper that the Federation Council has been an important pillar in Russian African cooperation, especially in the area of inter-parliamentary cooperation, and has created the environment for greater decentralised cooperation between African countries and the Russian regions.

She pointed out that "the dialogue meeting on the eve of African Day was significant as Soviet Union had contributed towards the political liberation of the African continent and also stressed that Russia should show the same commitment now in Africa's struggle for economic liberation through home-grown initiatives like New Economic Programme for Africa's Development or NEPAD."

In March, a number of preparatory meetings have helped identify concrete economic development areas which the group said Russia should consider as priority in its policy in Africa. The group plans to release later this year an expanded version of the working paper that will be incorporated into Russia's policy document to be implemented in Africa. The group also suggested that Moscow hold an international conference to discuss ways of enhancing economic partnership and cooperation similar to those organised by China, India and Japan.

It will help "Russia to upgrade its cooperation with African countries" in this era of globalization, Mrs Kai-Banya told this correspondent after the official meetings.

"There is no doubt that the international dialogue will provide Russia with another opportunity to take stock of its current efforts and explore the possibilities and constraints in promoting concrete economic cooperation," she stressed further.

Russia, a member of the Group of Eight industrialized nations popularly referred to as G8, has the potential to help Africa meet the Millennium Development Goals set by the United Nations.

On the occasion of the annually observed Africa Day, President of the Russian Federation Dmitry Medvedev on May 25 sent a congratulatory message to the Heads of States and Governments of the African countries.

In particular, the message notes the positive dynamics of Russian-African interaction and stresses the growing role of the African states in the international arena, and their striving to make a contribution to reinforcing global security and building a democratic and equitable multi-polar world order and to elaborating concerted approaches towards tackling the key problems of today.

"We are pleased to see that over these last years the countries of Africa have been making an ever more visible contribution to resolving the key problems confronting the world today. They are playing a constructive role in strengthening the global partnership in the interests of building a just multi-polar world and affirming the supremacy of international law," President Medvedev said.

"Russia welcomes the continent's efforts to establish the foundations for collective security, including through creating its own peacekeeping capability. We also value greatly your consistent policy of intensifying political and economic integration through the African Union and other sub-regional groupings. The resolution and consistency with which you pursue this work will be crucial for Africa's social and economic development."

"Our country supports making international aid to Africa more effective. We will continue to take an active part in coordinated action for providing comprehensive support to the continent, including through the United Nations and the G8," the president's message said further.

President Medvedev noted that Russia and the countries of Africa share solid ties of friendship and mutual respect that have stood the test of time and it is very important that we give our cooperation new impetus.

"The development of political dialogue between Russia and Africa and the increase of mutually beneficial cooperation in the trade, economic, science and technology, and humanitarian sectors offer us many new opportunities. I am sure that by working together we can make fuller use of our countries' potential and enrich the spectrum of our diverse ties," he concluded.

Russian Minister of Foreign Affairs Sergey Lavrov on May 26 held a reception for the heads of the diplomatic missions of the African countries in Moscow. Taking part in it from the Russian side were representatives of the Federation Council, the State Duma, the leadership of a number of Russia's agencies and organizations, and academic, business and public circles.

On the evening of the same day a reception was held on behalf of Tanzanian Ambassador to Moscow, Mr Patrick Chokala (Tanzania is chair of the African Union in the current year). Commemorative events for this date had earlier been held in the Federation Council and Russian public and academic organizations.

In his remarks the Russian Foreign Minister, Mr. Sergey Lavrov, gave a high assessment of the steps taken by African States to ensure peace and stability on the continent, particularly in the formation of their anti-crisis potential.

He noted with satisfaction that Russian-African relations have been acquiring new dynamics recently, along with the intensification of the political dialogue and constructive cooperation of our countries in the international arena, and expressed the readiness of Russia to continue making its contribution in assisting African states under the auspices of the UN, the Group of Eight and other multilateral entities.

"We see today how the African continent is ever more confidently integrating into the world economy, how qualitatively new possibilities are opening up for unfolding its colossal resource and human potential. At the base of this process lies the objectively emerging multi-polarity. No one can have a monopoly on globalization and ever more urgent is the task of providing equal access for all states to its advantages. The comprehension that security and sustainable development are indivisible becomes increasingly stronger in the world," Lavrov said.

He explained that Russia bases its partnership with Africa on the principles of equality and openness and renders comprehensive assistance in tackling the problems facing the continent, particularly as part of coordinated international efforts and welcomes the increased awareness of the African community of its own responsibility for the destinies of the continent.

"Our mutually advantageous relations are built on just this de-ideologized and pragmatic basis today. As before, the African sector is one of the absolute priorities of Russian multi-vector foreign policy. Large Russian companies are expanding their activities on the continent and Russian investments in Africa are increasing. Trade has substantially risen over the past year, to about 6 billion dollars. It is clear that this is not the limit, and an earnest of further mutually advantageous economic cooperation is the average annually growth of the GDP of the African partners, which exceeds 5 percent," he said further.

Commenting further to diffused criticisms, Mr Lavrov said "For our part, we are interested in expanding cooperation, particularly in the creation of an African anti-crisis potential. Over recent years we have substantially increased – to 400 men annually – the number of peacekeepers from African countries training in Russia. We take part in all the UN peacekeeping operations in the region."

Russia has done a great deal to alleviate the debt burden, particularly in the framework of the Enhanced Heavily Indebted Poor Countries Initiative, and in writing off multilateral debts to the IMF and the International Development Association, he added.

The overall amount of the African countries' indebtedness cancelled by Russia, including on a bilateral basis, exceeds 20 billion dollars, of which about one-half in the last two years, according to the minister.

Concluding Mr Lavrov said "In the world arena we are brought closer together by adherence to the supremacy of international law and by our common understanding of the necessity of strengthening collective principles in world affairs, with the UN playing the central role, and of building on joint counteraction against terrorism and the other challenges and threats of the 21st century, including the problems of poverty and socioeconomic development."

Massive rot as audit report orders YEA to freeze salaries of...
18 minutes ago

Our police officers don't work with their senses as soldiers...
27 minutes ago