Is Nigerian Football Pushing Back the Hands of Time? 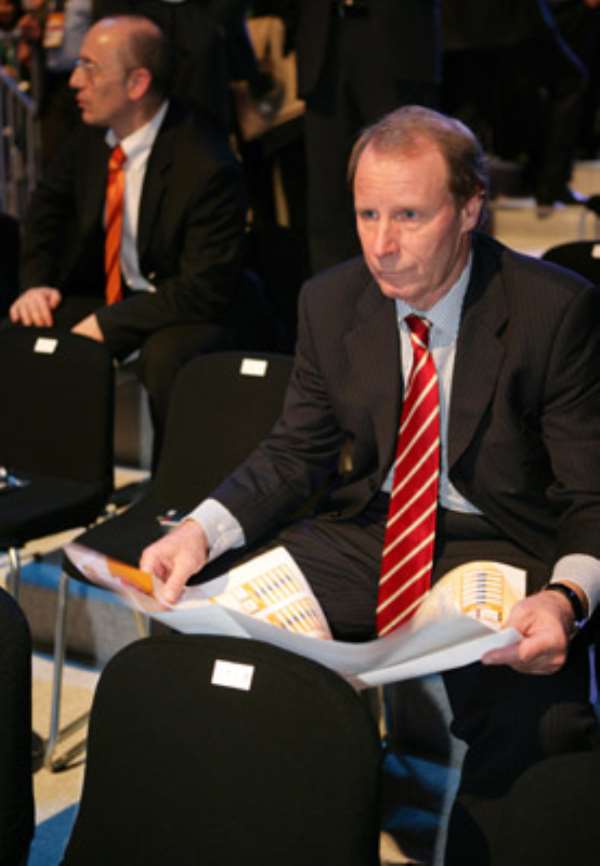 Analyzing the direction of a favorite national sport.

Growing up almost every African boy harbors dreams of playing for the pride of the flag; patriotism was the term we oft-easily acquitted ourselves to. At least that was the case as my generation watched Kalusha Bwalya, Rashidi “Goalsfather” Yekini, Abedi “Pele” Ayew, Rabah Madjer, Roger Milla, George Weah, Doctor Khumalo, and the eternal Austin “Jay-Jay” Okocha terrorize defenses with rasping shots, teasing crosses, menacing runs, splitting passes, and magical pieces of skill. While the above seems very nostalgic, it can be attributed to the malaise that currently defines Nigerian and African football.

Much has been made about the head coaches of England and Brazil possessing the most difficult jobs in football circles, but many pundits forget that as the world's most populous black nation, the citizens of Nigeria expect the Super Eagles to deliver on each and every occasion. Since the heydays of Dutch coach Clemens Westerhof, no Super Eagles coach (foreign or national) in tandem with the Nigerian Football Association, has done enough to make good on Pele's promise that an African team would win the World Cup before the end of the 21st century.

A constant preference for foreign coaches has drawn the ire of Nigerian coaches who feel they have not been given sufficient opportunities; and who can blame them. Seemingly, all of African football is suffering from what several commentators have referred to as the “drip effect” with coaches being recycled. A staunch critic of Nigerian football due to its inability to complement its abundance of skill and talent with excellent administration, BBC's Farayi Mungazi duly reflects:

“Anyone who knows anything about African football is aware of the influence of foreign coaches. Over the years, Africa has availed itself of the services of men like Clemens Westerhof, Henri Michel, Claude Le Roy, Reinhard Fabisch, Pierre Lechantre and Roger Lemerre to name but a few. These are men with big reputations and coaching CVs as long as your arm - and that is the crux of matter. By and large foreign coaches are a hot-button issue in many parts of the continent, but not many people discuss Africa's tendency to recycle these coaches more than paper!!”

Berti Vogts dismissal/resignation in February 2008 as Nigeria's coach came as no surprise in the aftermath of a dispirited 2-1 quarterfinal loss to eternal rivals and African Cup of Nations hosts, Ghana. This mouth-watering tie is often compared to Argentina vs. Brazil, England vs. Germany, and France vs. Italy: There is genuine passion in the tie and a profound respect for the other team's ability, with historical, cultural, and geographical links making it much more than a footballing rivalry. But the manner of Nigeria's defeat, losing a one goal lead to ten-man Ghana, proved too much to bear for an expectant nation of almost 140 million people and 300 plus ethnic groups.

Vogts, who cast an apathetic figure for much of the tournament, did himself no favors either by living abroad since accepting the $60,000 a month post about a year ago, and boldly proclaiming that since the bulk of his squad resided abroad, so would he. Imagine Fabio Capello telling the English FA that he will fly into Heathrow from his Swiss home once a month to watch members of the Three Lions ply their trade in the Premiership: Heads would roll and limbs would fly in all directions.

As shepherds of Nigerian football, many pundits believe the NFA has shown utter absurdity by first naming James Peters as interim coach two months ago and subsequently heralding Shaibu Amodu's third coming. Are we to expect Shaibu to rein in Nigeria's prima donnas on and off the pitch? Once regarded as the star of Nigeria's budding young coaches in the 90s, Shaibu may have taken up the mantle one time too many. His first test against South Africa and its new coach, Joel Santana, will lay the foundation for subsequent matches against Sierra Leone and Equatorial Guinea. Will we witness a brand of football that will capture the imagination of any onlooker, and provide the one platform that truly unites all Nigerians: victories and trophies on the football pitch? Come June, we shall see.