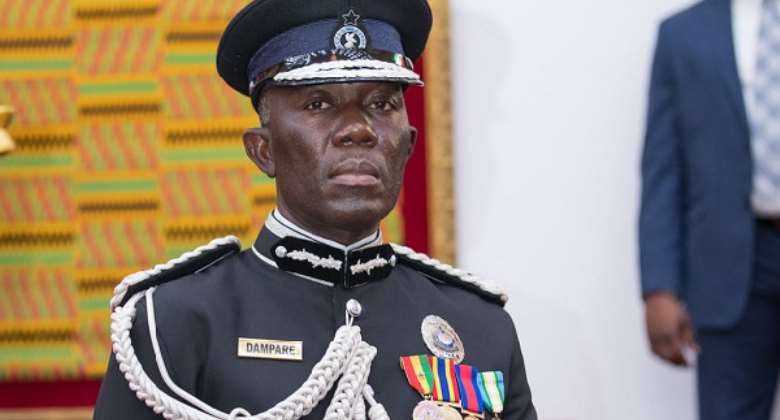 Some residents in the Bono East region, especially Techiman, Nkoranza, Kintampo, Yeji, Prang and Atebubu are worried about the activities of police personnel in the area working under the Police Intelligence Directorate (PID) of the Ghana Police Service.

The PID, according to Police sources, has been in existence for quite a long time but used to be in only Accra and Kumasi. Its offices have however been opened in all regional commands of the Ghana Police Services since the current Inspector-General of Police, Dr. George Akuffo Dampare took office in 2021.

The operatives, whose operations in the Bono East region are under the command of Chief Superintendent Saviour Ahiamadi is accused of conducting arbitrary searches in people’s homes, arresting innocent people and seizing properties without any court order and most often subjecting victims to all kinds of inhumane treatments, including severe beatings and sometimes allegedly open fire at them.

When our news team visited Techiman, the Bono East regional capital, they picked information from the residents who said the operatives are claiming they take their instructions from and report directly to the Inspector-General of Police, Dr. George Akuffo Dampare, and can therefore go about their activities without seeking permission from the Regional, Divisional or District Command of the Police Service.

Residents are therefore calling on the Minister of Interior and the Presidency to intervene and call the PID operatives to order as their activities keep threatening and undermining the peace and security of the region.

The residents, who spoke on conditions of anonymity for fear of being targeted cited several instances where the operatives have raided people’s homes, mostly at odd hours, picked up innocent residents and flogged them; all in the name of carrying out searches and investigations.

“When these PID guys arrest someone, they sometimes take him to Chief Superintendent Saviour Ahiamadi’s residence and subject the person to all kinds of inhumane treatment for days without any trial and more or less kidnap him. If the family of the victim hears about it and trace their relative’s whereabout and gets to Mr. Ahiamadu’s house, they would be made to pay a huge sum of money before the so-called suspect is released. This has been going on for some time now”, a resident to our reporter.

Rambo-style arrests
Another resident narrated how the operatives, who are usually not in any uniform, picked up a young man in Techiman on suspicion that he owns a gun in his house and bundled him into a waiting pick-up vehicle with registration number GN 3780-21 and sped off.

“In a typical Rambo style, these guys immediately covered the suspect’s face with a sack, took him to Chief Superintendent Saviour Ahiamadi’s residence and beat him up mercilessly until he became unconscious. The victim’s wife and children didn’t know where he was and, together with several others, began searching for his whereabouts”, the resident said.

He continued that: “someone managed to get us the registration number of one of the vehicles used to kidnap the man and when the number was reported to the Regional Crime Officer of the Police Service, it was realised that that vehicle belonged to these PID personnel and up till now, the case is still pending.”

May 2022 Nkoranza killing
At Nkoranza, most people who spoke to our reporter accused the PID of being behind the killing of the late Albert Donkor of Nkoranza nearly a year ago.

The body of Albert Donkor has still not been given to the family for burial since his alleged ‘gruesome murder’ by the police on 18th May 2022. Since then nobody has been arrested and prosecuted on the matter.

27-year-old Albert Donkor who was a multi-TV decoder installer was picked up from his room by the police, including personnel of PID, deep in the night and was allegedly taken to the Nkoranza Police Station, from where he was allegedly maltreated and killed by his captives.

Residents of the town upon hearing of the action of the Police went on rampage and virtually brought all activities in the town to a standstill as they burnt tyres and blocked some major roads to register their displeasure.

The police, in their bid to control the crowd fired into them, killing another person in the process.

Some residents of Nkoranza believe that, per their investigations, Albert was intentionally picked up and killed because he had spotted one Police Officer of the PID unit among some armed robbers who were carrying out a robbery activity on the main Techiman – Kintampo highway.

The late Albert Donkor is said to have disclosed the identity of the police officer to a friend at Nkoranza who in turn informed the said officer about what he had heard about him.

The said police officer allegedly led his colleagues to hunt for Albert Donkor with the view to ending his life so that nobody hears about his involvement in the armed robbery.