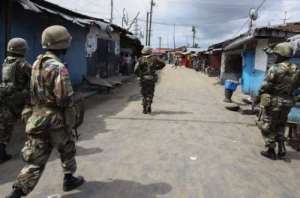 Several people are fleeing troubled Bawku community following renewed tribal issues which have resulted in the death of 18 persons and the destruction of properties within two weeks.

Bawku has been under attack from unknown gunmen forcing the Municipal Security Council (MUSEC) to call for more security reinforcement to augment the efforts of officers on the ground.

The Municipal Chief Executive for Bawku, Hamza Amadu said MUSEC will do all it can to protect lives and properties.

“18 people have died so far. People are living in fear following the killings. We are aware of people fleeing the town as a result.”

“But we want to assure residents that we are not sleeping on our jobs. We are doing all we can to protect lives and property.”

Meanwhile, the National Peace Council has urged the two feuding factions in the Bawku ethnic dispute to commit to restoring longstanding peace in the area.

It particularly mentioned the Kusasis to rescind their decision to withdraw from the Inter-Ethnic Peace Committee (BIEPC) in the wake of the ongoing conflict between the Mamprusis and Kusasis in the area.

The Kusasis withdrew from the committee because all efforts to get a solution to the conflict in Bawku have proven futile.

The committee was charged with the responsibility to open up constructive and open dialogue among all people of Bawku.