The Raider Spirit: The Unveiling of the B-21 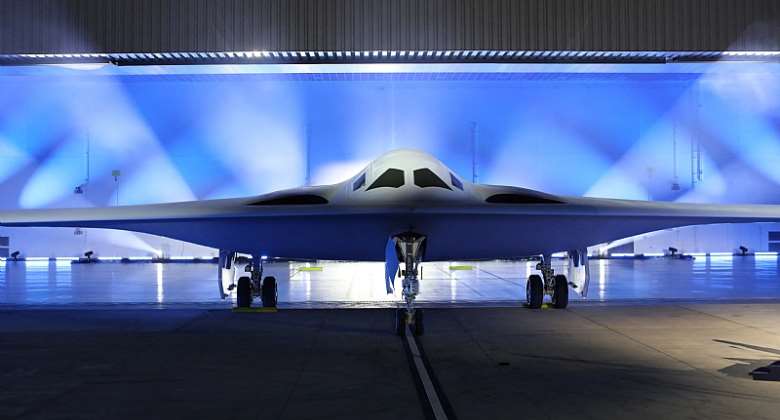 The US military industrial complex has made news with another eye-wateringly expensive product, a near totemic tribute to waste in a time of crisis. The $700 million B-21 Raider stealth bomber was unveiled by Northrop Grumman Corp. and the United States Air Force on December 2 at Airforce Plant 42 in Palmdale, California.

There was much slush and fudge about the project, with its release being treated as something akin to the Second Coming. Those in public relations were kept particularly busy. Social media was shamelessly used to advertise the event, which was livestreamed. “Join now for our live reveal of the B-21 Raider,” tweeted Northrop Grumman. “This changes everything.”

The occasion was the first of its type since November 1988, when the Northrop B-2 Spirit made its debut. The aircraft in question, with serial number 00001 was rolled forward, still covered in tarpaulin, from a hangar before defence and policy wonks, the press and 2,000 workers. The removal of the covering revealed a machine reminiscent of the original B-2 with an extra-terrestrial echo, described as “space-age coatings”.

Praise was heaped upon the celebrated, as yet untested monster. “The B-21 is the most advanced military aircraft ever built and is a product of pioneering innovation and technological excellence,” stated Doug Young, sector vice president and general manager at Northrop Grumman Aeronautics Systems.

A USAF news release was filled with justifications for the Raider. (The ceremony was timed to coincide with a new report on Chinese military capabilities.) “The B-21 Raider is the first strategic bomber in more than three decades,” declared Secretary of Defense Lloyd J. Austin during the unveiling. “It is a testament to America’s enduring advantages in ingenuity and innovation. And it’s proof of the Department’s long-term commitment to building advanced capabilities that will fortify America’s ability to deter aggression, today and into the future.”

As with all defence projects of absurd expenditure, justification is easily sought and found. Such a creation, argue defence officials, was entirely in line with the National Defense Strategy “and other analyses”. No degree of ingenuity is required to appreciate the primary thrust of the NDS, which is “deterrence against China.” Of its four top defence priorities outlined in the document, the PRC receives generous coverage, being seen as a “growing multi-domain threat” and any country challenging US interests in the Indo-Pacific.

As Austin has previously stated, “We’re seamlessly integrating our deterrence efforts to make a basic truth crystal clear to any potential foe. The truth is that the cost of aggression against the United States or our allies and partners far outweigh any conceivable gains.”

This delusional effusion is striking for inverting what are overly aggressive overtures on the international scene, turning them into the more benign objective of deterrence. Reduced to a skeletal outline, defending US supremacy is the order of the day, and any pretenders or mischief makers will be dealt with, however genuine their credentials. And when in doubt, those ominous credentials are bound to be inflated.

The B-21 is merely one aspect of that policy. It “is deterrence the American way,” claims Austin, which might be regarded as threatened aggression by other means. “It’s the embodiment of America’s determination to defend the republic that we all love. It’s a testament to our strategy of deterrence – with the capabilities to back it up, every time and everywhere.”

Air Force Chief of Staff General Charles Q. Brown Jr., was careful to doff the cap to representatives of the military industrial complex, where corporation and tax payer dollars mix with little scrutiny and few scruples. “You think about what we’re able to do in the amount of time with the workforce here from Northrop Grumman, the collaboration with the United States Air Force to bring in a capability using a digital approach which is new and different from anything we’ve done [in] any major program, that’s part of the Raider spirit.”

Those at Northrop Grumman won even greater favour with Pentagon bean counters, reportedly developing the project at an amount less than the original $25.1 billion projection by the USAF. Time will tell.

The event itself was not exactly brimming with revelations. Air & Space Forces Magazine bluntly noted that little by way of new information about the aircraft was supplied, be it about capabilities, dimensions, or “further programmatic details, such as the planned production rate, or even how many engines power the bomber”. Austin boasted that it would have a range longer than any other bomber, and “won’t need to be based in theatre. It won’t need logistical support to hold any target at risk.”

The bomber, the USAF tells us, was designed to be “a long-range, highly survivable stealth bomber capable of delivering a mix of conventional and nuclear munitions. The aircraft will play a major role supporting national security objectives and assuring US allies and partners across the globe.”

We also learn that the B-21 unveiled on December 2 is one of six in the production line, with an eventual target of 100 or even 150 (defence officials are fickle about such projections). “Each is considered a test aircraft, but each is being built on the same production line, using the same tools, processes, and technicians who will build production aircraft.”

Opinions and assessments, as they often are in such defence dispatches, are scripted to say nothing while clouding the main issues. Andrew P. Hunter, Assistant Secretary of the Air Force for Acquisition, Technology and Logistics, comes up with a bubble-filled sample. “Leveraging innovative manufacturing techniques, open systems architectures and active management allows us to integrate new technology as it matures and ensures the B-21 can adapt to future threats and be successful when and where we need it.”

While the name of the aircraft is meant to evoke the daring of the 1942 Doolittle Raid on Tokyo by 16 B-25 Mitchell bombers in retaliation for Japan’s attack on Pearl Harbour, the B-21 is the offspring of a very different spirit: the raider turned wasteful aggressor-in-waiting.