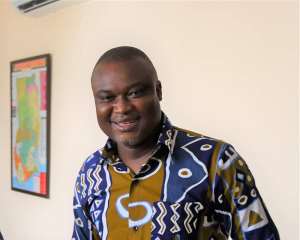 Mr. Nii Ofori Quaye, the Public Relations Officer ( PRO) for the Korle Klottey Municipal Assemby has been appointed as an ambassador for the Universitat Jaume I, in Castellón de la Plana, Spain.

Mr. Ofori Quaye who is halfway through his PhD program at the school said he would use his new position to sell the University and its programs not only to Ghanaians but Africa and the world at large.

"The school would not just select people to such positions, without a background check. The university believed I have the capabilities and competencies to thrive in such a position," he added.

On what roles he is expected to play as an ambassador, Mr. Ofori Quaye indicated that he is expected to be a leading figure to encourage enrollment at the school. "I will work assiduously to ensure we achieve our objectives which is worldwide recognition."

Ofori Quaye was optimistic that he can succeed in his new role as he has done it before during his days as the President of the African Union Students of the University. " I was able to bring all students of African origin together where we channelled and addressed our grievances with a single voice. I was able to lead my team to sell the African culture and true identity very well and it is my hope that we shall continue from where we left."

He promised to use his current position to create and establish an African Bureau Desk at the school's registry to promote the African culture, values and morals to the rest of the world.

"To this end, we could all benefit from exchange programs in the fields of science, culture, tourism, sports amongst others.

"I will ensure that the university collaborates and partner with other African institutions in order to achieve its objectives and to enhance its image."

He called on prospective students to take advantage of the University's unique and flexible payment options to enroll at the school to upgrade their educational credentials.